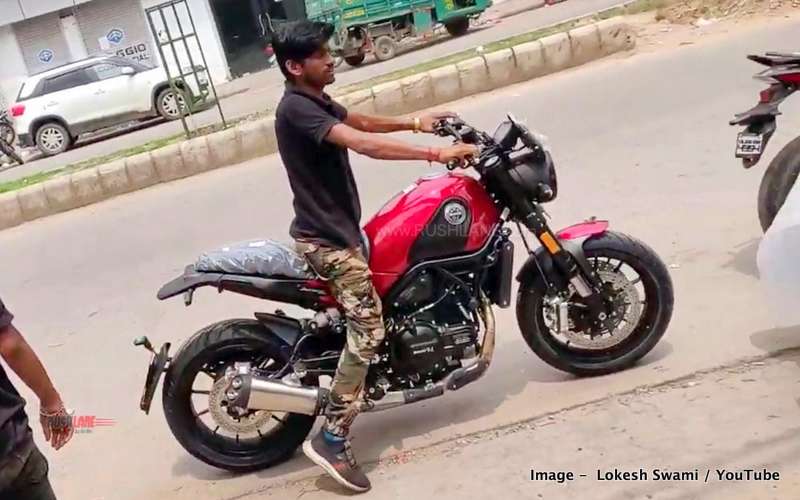 Following the successful launch of the Benelli TRK 502 and 502X bikes in February 2019, Benelli Leoncino 500 has now been launched in India at Rs 4.79 lakhs, ex-sh. Benelli Leoncino enters the premium range of middle weight scrambler bikes in India. These are the first undisguised images of the motorcycle. Hat tip to Lokesh Swami, for sharing the same.

It is offered in two colour options of silver and red. While it is presented in three variants of Standard, Trail and Sport in global markets, it will only be the Standard variant in India as of now. However Benelli could bring in the Trail variant at a later stage depending on the attention that the Standard variant gets.

Benelli Leoncino 500 was also detailed earlier while spy shots also offered an insight into its on board features. This scrambler styled naked bike receives a digital dashboard with an analog tachometer and digital speedometer which reads out fuel output, timing, mileage and trip information along with gear position. 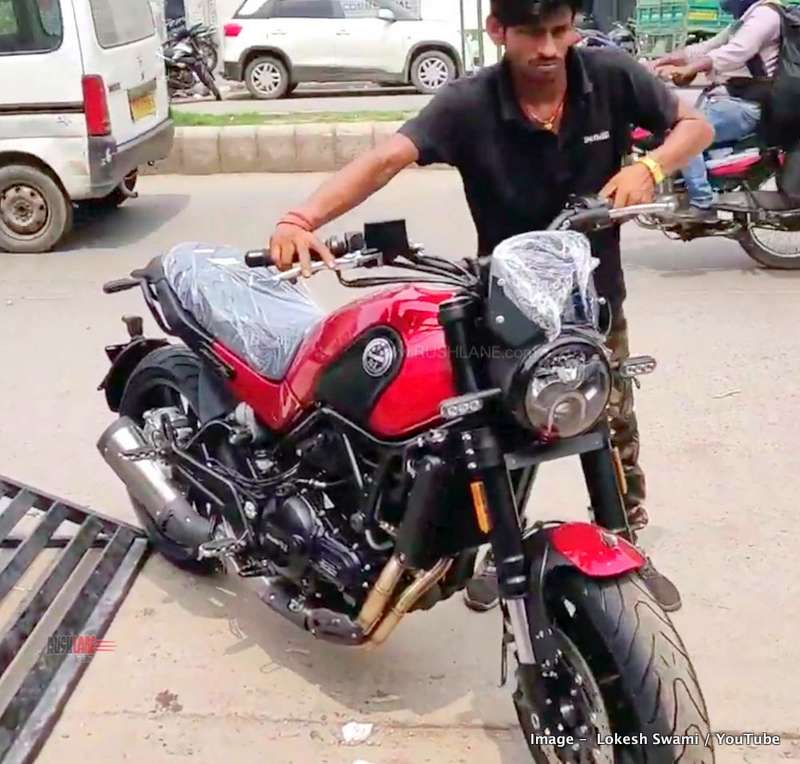 Engine specifications on the Benelli Leoncino 500 includes a 499.6 cc, liquid cooled, fuel injected, twin cylinder engine offering 47 bhp power at 8,500 rpm and 45 Nm torque at 5,000 rpm mated to a 6 speed gearbox. Suspension is via 50mm USD forks in the front and monoshock at the rear with remote adjuster for preload.

Braking is through 320mm dual disc set up in front along with 4 piston brake calipers and 260mm single disc at the rear along with single disc caliper. In compliance with new safety regulations, the Leoncino 500 gets dual ABS offered as standard. Bookings are now open at Rs 10,000.

With the Benelli TRK 502 priced at Rs.5 lakhs and TRK 502X carrying a price tag of Rs. 5.4 lakh, the Benelli Leoncino 500 is the most affordable 500cc offering from the company in India. It is this competitive pricing that will allow it to take on the Ducati Scrambler, Kawasaki Z650 and Harley Davidson Street 750 besides the new CFMoto 650MT.