Bentley Bentayga Speed, the performance variant of the Bentley Bentayga, has claimed the title as being the world’s fastest SUV. It has set this new speed record at 305.775 kmph, breaking the earlier record held by Lamborghini Urus (304.970 kmph).

However, in terms of acceleration the Urus can accelerate from 0 to 100 kmph in 3.6 seconds as against the 3.9 seconds taken by the Bentayga Speed. This speed record was set at Pikes Peak International Hill Climb in the US, late last year. 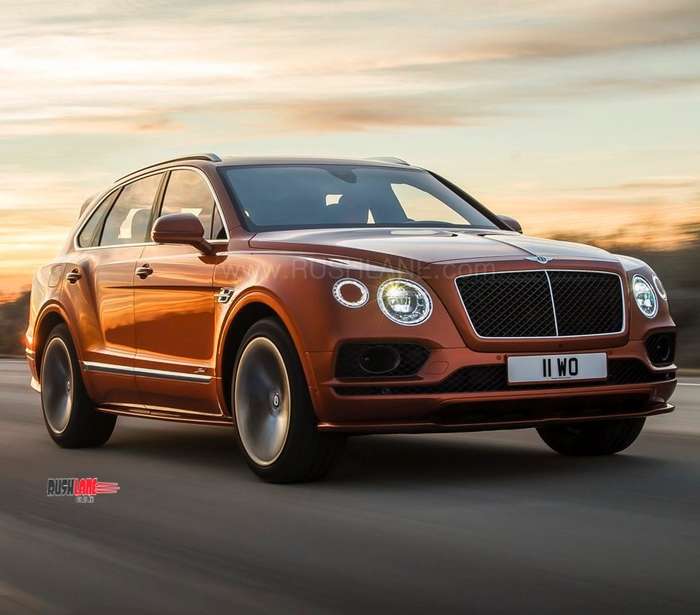 The new Bentley Bentayga Speed, which is the latest in a series of Speed variants of Bentley, dating back to 2007, is set to make its official debut at the 2019 Geneva Motor Show in March. It will go on sale by summer with a price tag of around £185,000 – £200,000 (Rs 1.6 crore – 1.8 crore). It will be seen with several feature upgrades that include tinted headlamps, a prominent tail gate spoiler, new side skirts, tinted grille 22” alloy wheels finished in three finishes. Interiors are also updated with new alcantara upholstery, Speed badging and an illuminated Speed treadplate. Interiors also boast of 22 way adjustable front seats and mood lighting.

Bentley Bentayga Speed gets its power via an updated 6.0 liter, twin turbo W12 engine offering 626 hp power, up 26 hp as compared to the range topping Bentayga. Peak torque remains the same at 900 Nm. The engine is mated to an 8 speed automatic gearbox. Driving modes have been recalibrated for better response. Suspension setup has been tweaked. It also gets Bentely Dynamic Ride with active roll control technology.

It is the Bentley Bentayga W12 that is currently on sale in India at Rs.4.08 crores and the V8 at Rs.3.78 crores. A hybrid variant is slated for launch sometime in the not too distant future. No announcement of the launch of Bentayga Speed in India has been made as on date.