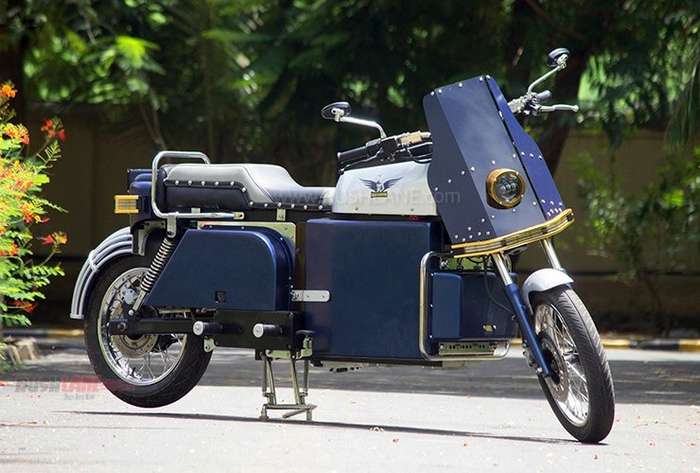 Chennai based Blacksmith Electric, have completed their 14 year long work on the B2 electric cruiser motorcycle. The company has released images of prototype as well as teasers of production ready bike. They have also released a short video of the electric cruiser on test in India. Launch is planned for early next year.

Blacksmith B2 production spec model will be seen with a fully digital instrument cluster, a tall windscreen, LED headlamp, step up seat, multi spoke alloy wheels and tank mounted display. It will be offered in different riding modes and inbuilt navigation.

Blacksmith B2 is slated to get a 5 kW asynchronous motor with a 72V lithium-ion battery offering a range of 120 kms. It will be capable of acceleration from 0 to 50 kmph in 3.7 seconds and a top speed of 120 kmph.

The single battery pack offers 120 km range going up to double the range of 240 kms with a dual battery pack. The High Energy Density NMC battery pack gets Intelligent Bluetooth BMS and takes 4 hours for a full charge. Peak power is rated at 19.44 hp and 96 Nm torque. As is also seen on the new Revolt RV400, the Blacksmith B2 will also get swappable battery technology.

Blacksmith B2 will ride on 3.5R tubeless tyres wrapped on tubeless tyres. It will get disc brakes at both ends and loading capacity of 200 kgs. It has a ground clearance of 200 mm, while dimensions stand at 2200(L) X 800(W) X 1150(H). Suspension is via telescopic forks in the front as well rear.

Other safety features include an alarm and circuit closing system, side stand sensor, new traffic indicators and GPS and Artificial Intelligence System via a smartphone app. 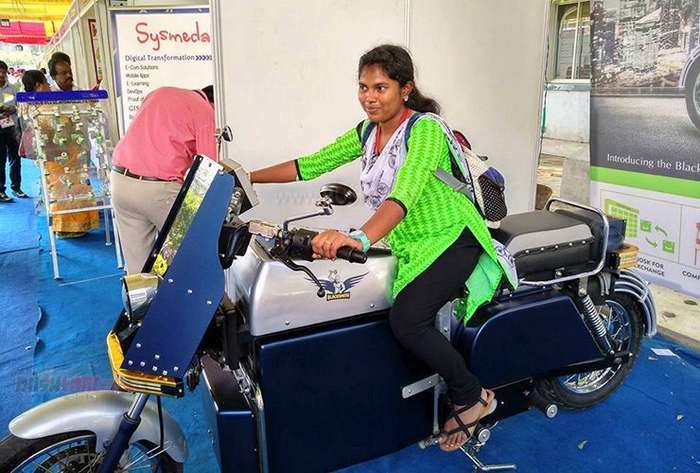 Blacksmith B2 is slated to be priced at Rs.2 lakh. It could benefit from the subsidy under the FAME-II scheme while the proposed removal of registration fee by the Ministry of Road Transport and Highways could bring down prices even further. It will launch in Indian markets in early 2020 while it will reach international markets in the second phase.

Blacksmith B2 will enter a segment of electric scooters and motorcycles in India which is still in its nascent stage. Revolt RV400, the first electric motorcycle in India to come in with Artificial Intelligence is opened for bookings.