As the name suggests, the 2 Series Gran Coupe will be positioned below the 3 Series as BMW’s new entry-level sedan

In a bid to extend its range to a wider customer base, BMW introduced the 2020 2 Series Gran Coupe back in October. It became obvious then and there that BMW would bring the compact sedan to India in the near future. Sitting below the popular BMW 3 Series, the 2 Series Gran Coupe is the German automaker’s new entry-level sedan offering. It directly rivals the Audi A3 and Mercedes-Benz A-Class Limousine; both of which are not available here in their latest avatars.

In BMW’s present-day international portfolio, the 2 Series line-up is arguably the least enthusiastic of the lot. For starters, the 2 Series Gran Coupe shares its UKL platform with the BMW X1 and is a front-wheel-drive sedan. In other words, it is not a form of ‘Ultimate Driving Machine’ we have seen from the brand over the years.

The statement stays false only for the two two-door 2 Series siblings: M240i and M2 Competition. And to an extent, the four-door M235i Gran Coupe as well albeit FWD. BMW India will launch the 2 Series Gran Coupe later this year, at a starting price in the range of Rs 30-35 lakh ex-showroom. 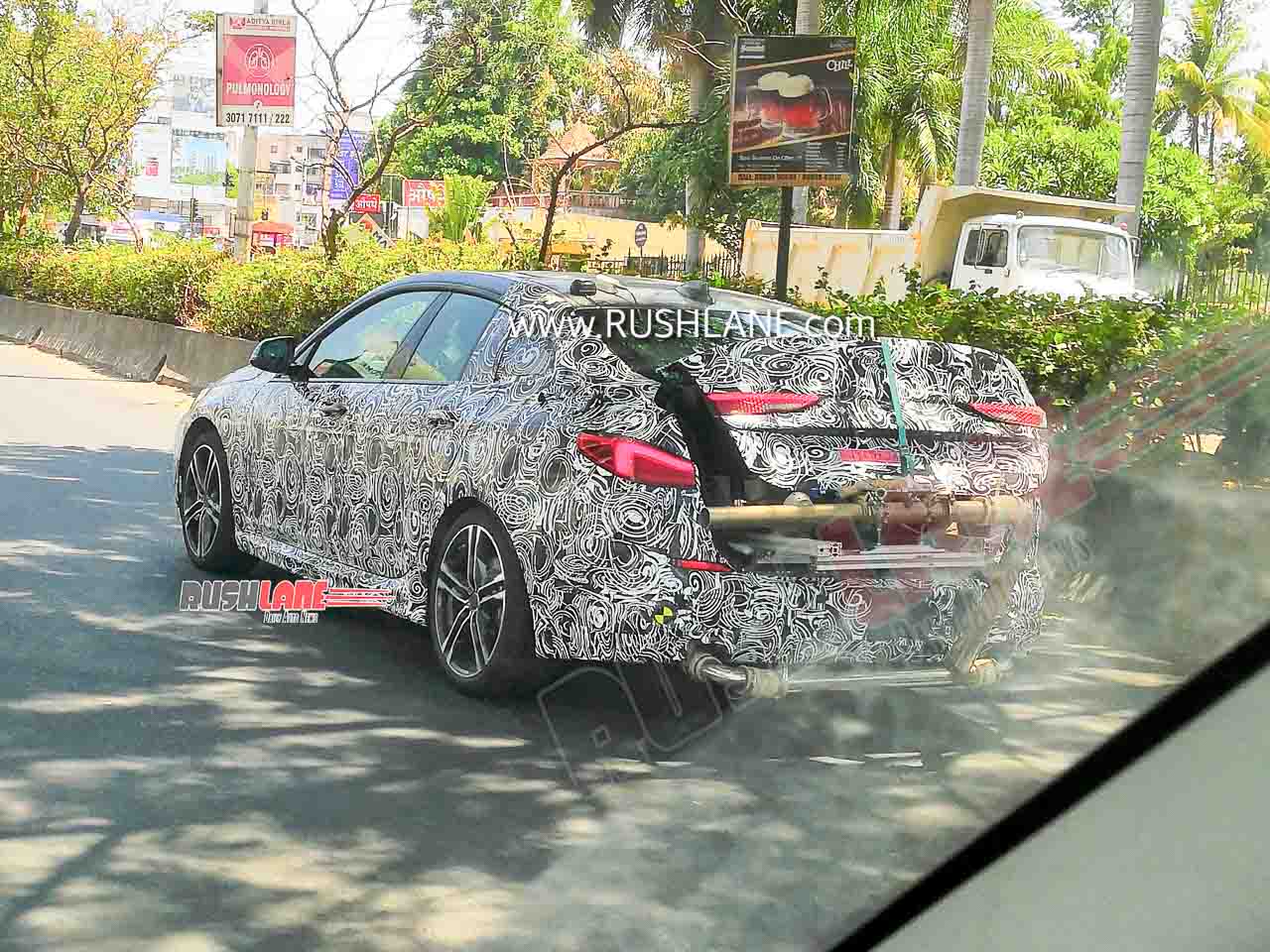 Automotive enthusiast Siddharth Patil has spotted an India-spec BMW 2 Series Gran Coupe in Pune. Despite wearing heavy camouflage, one can make out that it is in its M-Sport styling pack thanks to the extra-edgy bumper proportions, side-skirts and large five-spoke wheels.

The test mule had an ‘ARAI’ sticker even though the emission testing equipment fitted behind suggests the same. What remains unknown is whether it was powered by a petrol or diesel power plant. Our best bet is the latter (most likely a 220d).

BMW India might introduce the compact sedan with two BS6 powertrain choices: 220i petrol and 220d diesel. We would pick the latter as BMW’s 2.0-litre diesel mill have always been a well-rounded power plant. In this case, it packs ~187bhp and 400Nm as against the 2.0-litre petrol engine’s ~189bhp and 280Nm. An 8-speed Steptronic automatic transmission would be employed in either format.

Historically, the Bavarian marque has not gone wrong with its compact products. Even if they sported a quirky exterior design (for instance, the Z3 M a.k.a. Clown Shoe), factors such as internals, dynamics and most importantly, ‘sheer driving pleasure’ have always remained a forte. However, this might take a fall in the FWD 2 Series Gran Coupe.

The compact sedan looks aesthetically over-tried without a proper target in mind. We do not blame BMW for this as every automaker is bound to adapt to prevalent automotive trends. Audi has the A3, Mercedes has the CLA Class (predecessor to the A-Class sedan).