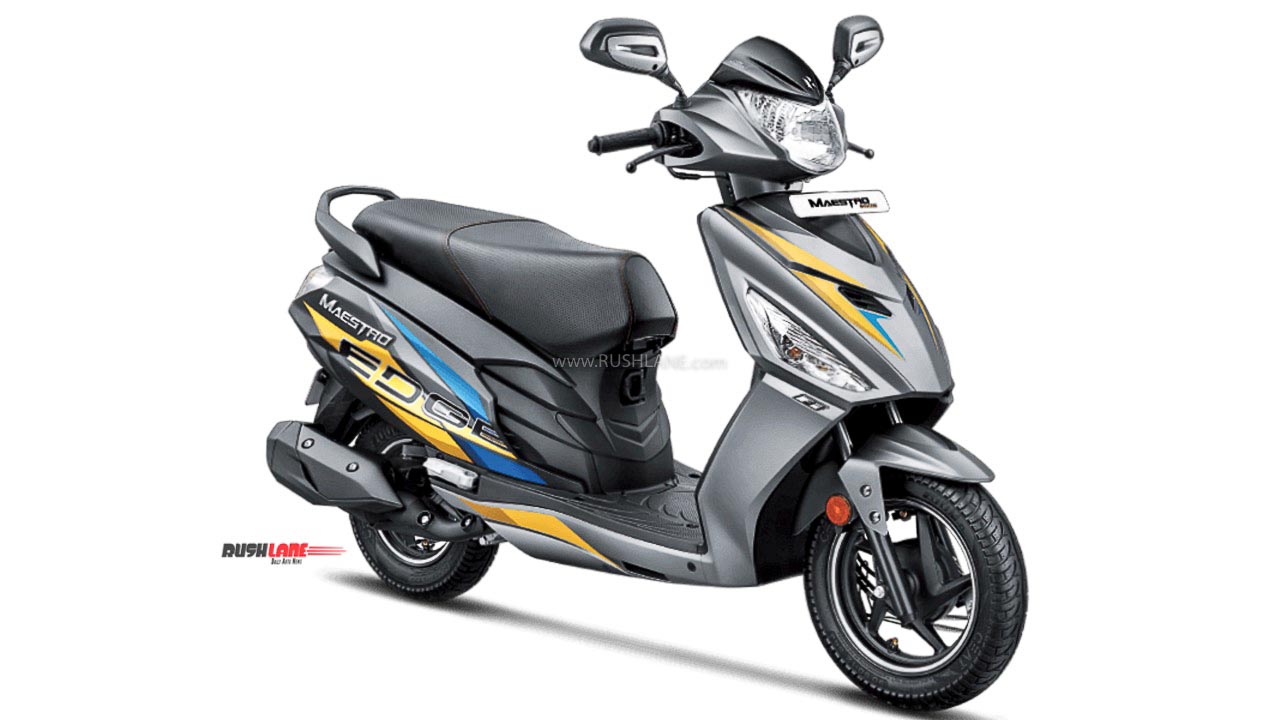 The 110cc scooter segment has always been a competitive one with good offerings from all two-wheeler brands. Hero MotoCorp has recently revealed its BS6 compliant Maestro Edge 110 and is expected to be launched soon. Upon its launch, it will rival other strong performers in this segment like Honda Activa 6G and TVS Jupiter.

All three scooters have their fair share of strengths which makes them popular among consumers. Let us see how the latest scooter offering from Hero stack up against its closest rivals from Honda and TVS.

Hero Maestro Edge 110 will now carry a BS6 compliant 110.9cc engine which is a little bigger than the rest of its compatriots in this segment. This is why power figures are also slightly higher whereas torque is more or less the same in all three. Due to fuel-injection, there is no visible power loss at least on paper and the torque has increased by 0.05 Nm.

The BS6 compliant fuel-injected motor of Jupiter claims an efficiency of 62 kmpl which is 15 percent more than its BS4 model. Honda Activa 6G, on the other hand, is said to have an improved fuel efficiency of nearly 10 percent which translates to 45 kmpl. The exact fuel efficiency figures of Maestro are yet to be revealed but we can expect an ARAI rated mileage of over 60 kmpl.

All three are decently equipped with a semi-digital instrument cluster, mobile charging port and external fuel cap common to all. Like all BS6 upgrades, the updated Maestro Edge 110 gets an ECU. The ECU is complemented by a number of sensors like a throttle position sensor, engine oil temperature sensor, crank position sensor and many others which collectively form the new XSens sensor technology. However, it misses out on a starter generator which Jupiter and Activa 6G are offered with.

All three carry an underbone frame with a telescopic fork at front, however, the Maestro gets a simple shock absorber instead of a preload adjustable mono-shock suspension. The Activa 6G and Maestro Edge 110 continue to employ drum brakes at both front and rear. Whereas, TVS recently launched a new ZX variant of Jupiter which comes with disc brakes of size 220mm at front.

CBS is offered as standard on all three scooters. Front and rear wheels of both Activa and Maestro measure 12 and 10-inch respectively. However, the Jupiter ZX comes with 12-inch wheels at the rear as well which gives a better ride quality.

TVS Jupiter has the longest wheelbase but the lowest ground clearance while Activa has the highest ground clearance at 171mm. At 112kg, the updated Maestro is the heaviest among the three which might affect the performance as well as the fuel efficiency a little. Also, fuel tank capacity of Maestro Edge 110 is the lowest at 5 litres which means more refilling at long-distance commutes.

At the time of filing this story, Hero has not released the prices of the BS6 compliant Maestro Edge 110 but we can expect a jump of Rs 6000-7000 for prices to stand at around Rs 56,000. On the other hand, Activa 6G prices start at Rs 65,419 and Jupiter prices start at Rs 63,552. All prices mentioned are ex-showroom. The BS6 Maestro Edge 110 will continue to be the most affordable of the lot.