In a time when automakers are increasing the prices of their offerings, Mahindra has decided to go against the trend and reduce prices of its products

The latest example being the Mahindra XUV500 which is now cheaper by up to Rs 16,000. This price reduction is not in the same league as that of its sub-compact SUV- XUV300, which witnessed a price slash of up to Rs 1 lakh on selected variants. On upgradation to BS6 emission norms, the XUV500 was offered at a starting price of 13.20 lakh and went up to 17.70 lakh for the top-end trim. (Both prices are ex-showroom).

After the latest price reduction, the 7-seater SUV price now ranges between Rs 13.10 lakh and Rs 13.54 lakh (both ex-showroom prices). While the exact reason for this development hasn’t been revealed yet, it is believed that due to the XUV500 being an aging product the makers have decided for the price slash. It is to be noted that XUV500 is due a generation upgrade which is scheduled to arrive sometime early next year.

Apart from the price reduction, Mahindra has introduced a sleuth of attractive schemes for buyers. For starters, Mahindra is offering cash discounts of Rs 13,000 on the XUV500. It is further complemented by an exchange bonus of up to Rs 30,000 and corporate benefits of Rs 9,000. The updated price list of the XUV500 is given below.

Other Offers From Mahindra 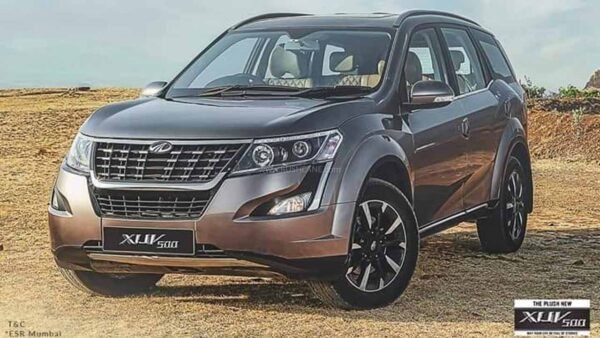 The BS6 compliant XUV500 was launched amidst lockdown in April. It continues to draw its power from a 2.2-litre diesel engine tuned to churn out a power of 155 bhp and 320 Nm of peak torque. Power is sent to the rear wheels via a 6-speed manual transmission which is the only option. It also loses on the AWD option in the BS6 avatar.

In addition, to the reduction in prices and attractive schemes offered, Mahindra has now introduced an automatic transmission to the BS6 compliant XUV500. The option of an automatic is available on all variants barring the base W5 trim. The automatic variants now come with an Aisin-sourced 6-speed torque converter which is mated to the same refurbished 2.2-litre mHawk diesel engine. Many believed that since the new generation XUV500 is slated to arrive next year, the current generation won’t see an automatic version. Yet Mahindra has been able to pleasantly surprise its consumers.

Given its due for a change in generation next year, Mahindra might be trying to boost the sales volume. Even though it is almost a decade old SUV, it still remains very relevant in the market given its feature-rich cabin and 7-seat layout. However, the new generation XUV500 is set to create new benchmarks both in terms of features and drive-ability.

The new XUV500 is expected to get two options of powertrains- a 2.0-litre mStallion turbocharged petrol engine and a reconfigured 2.2-litre mHawk diesel engine, both of which have been offered in the recently revealed new 2020 Thar. Although, the output figures in the XUV500 might be different from that in Thar.