India’s financial capital braves the monsoons each year, and some years are worse than others. Authorities have alerted citizens of the city that this could be one such year. Earlier today, at a posh 32 storey building in Mumbai, a parking wall collapsed, which resulted in 15 cars getting stuck under the debris. Luckily no life has been lost due to this mishap.

The incident took place this morning at the Lloyd Estate’s 32 storey building in Antop Hill, Wadala. Fire brigade officials arrived at the seen within minutes and have vacated the building. Most of the people staying in the posh society are bankers and businessman. Brihanmumbai Municipal Corporation’s (BMC) disaster management cell has confirmed that no one has been injured in this mishap. 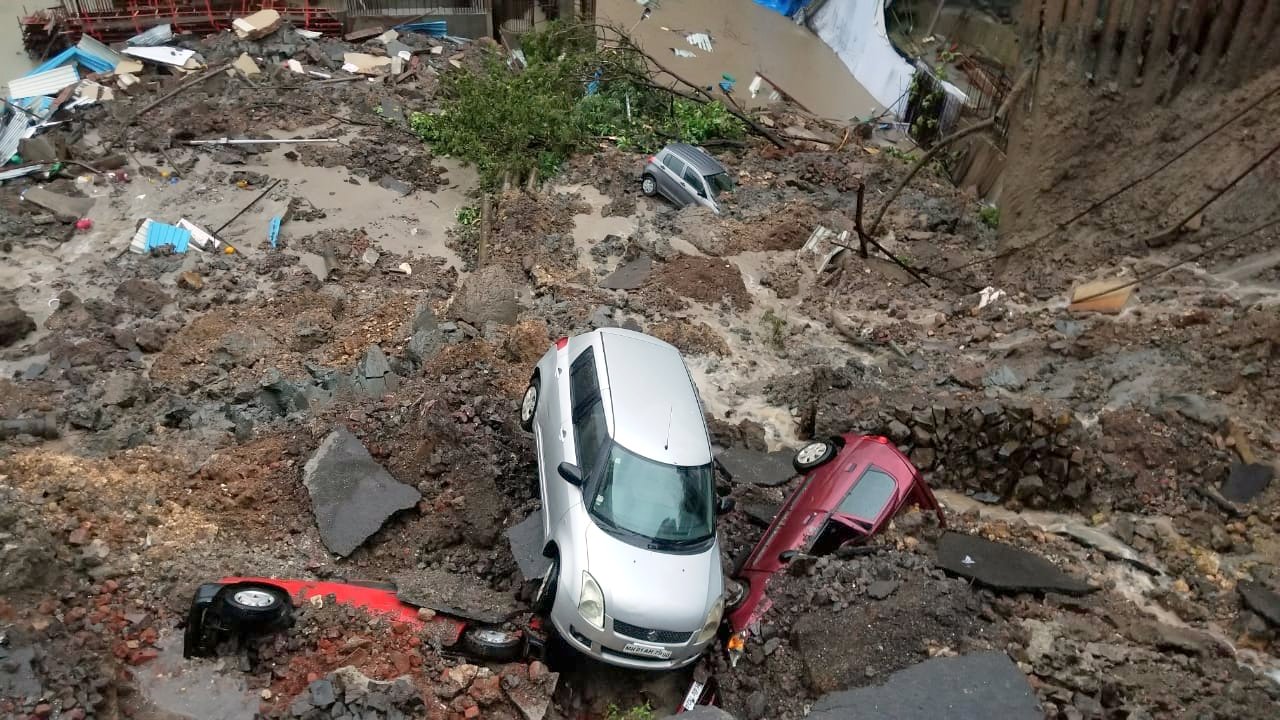 One of the residents of the society, told NDTV – “It has been raining continuously and around 4 this morning, there was a deafening sound and the boundary wall of our complex came crashing. After that the road where we park our cars caved in. It was almost like a landslide and 15-20 cars went down with it.”

As per another member of the society, the reason behind parking wall weakening and giving way is the construction work which is taking place next door. As per them, they had alerted BMC officials regarding this, but no action was taken.

Since yesterday, Mumbai has received 231.4 mm and forecast suggests that there is further more rain in store for the city. “This is the first extremely heavy rainfall recorded in Mumbai in the current season. The rain intensity has gone up since yesterday afternoon and is expected to continue further,” IMD official told PTI.

Regular updates online all day have helped chronicle the plight of commuters, most stranded in waterlogged slow traffic unable to move. With normal life halted, the most important warning across government and help platforms is to stay home if possible and only venture out if necessary. This however isn’t helping people who’ve already outdoors, and finding it difficult to find their way back home.