DC Design had been going through some financial troubles last year but seems to have recovered from it. In fact, Dilip Chhabria’s automotive design firm has made a comeback with a name change. Now known as DC2, India’s popular car design studio has taken Bollywood actress Madhuri Dixit’s Toyota Innova Crysta (now in BS6 format) and redesigned its interiors to a whole new level.

DC Design boasts of a strong portfolio of automotive interior customisation projects. So far, it has taken over 600 projects for either interior or exterior aesthetic upgrade. While most DC-branded exterior jobs look extremely tacky or weird, interior redesign projects seldom go bad. To date, DC Design has introduced a variety of interior upgrade possibilities for a range of vehicles sold in India. 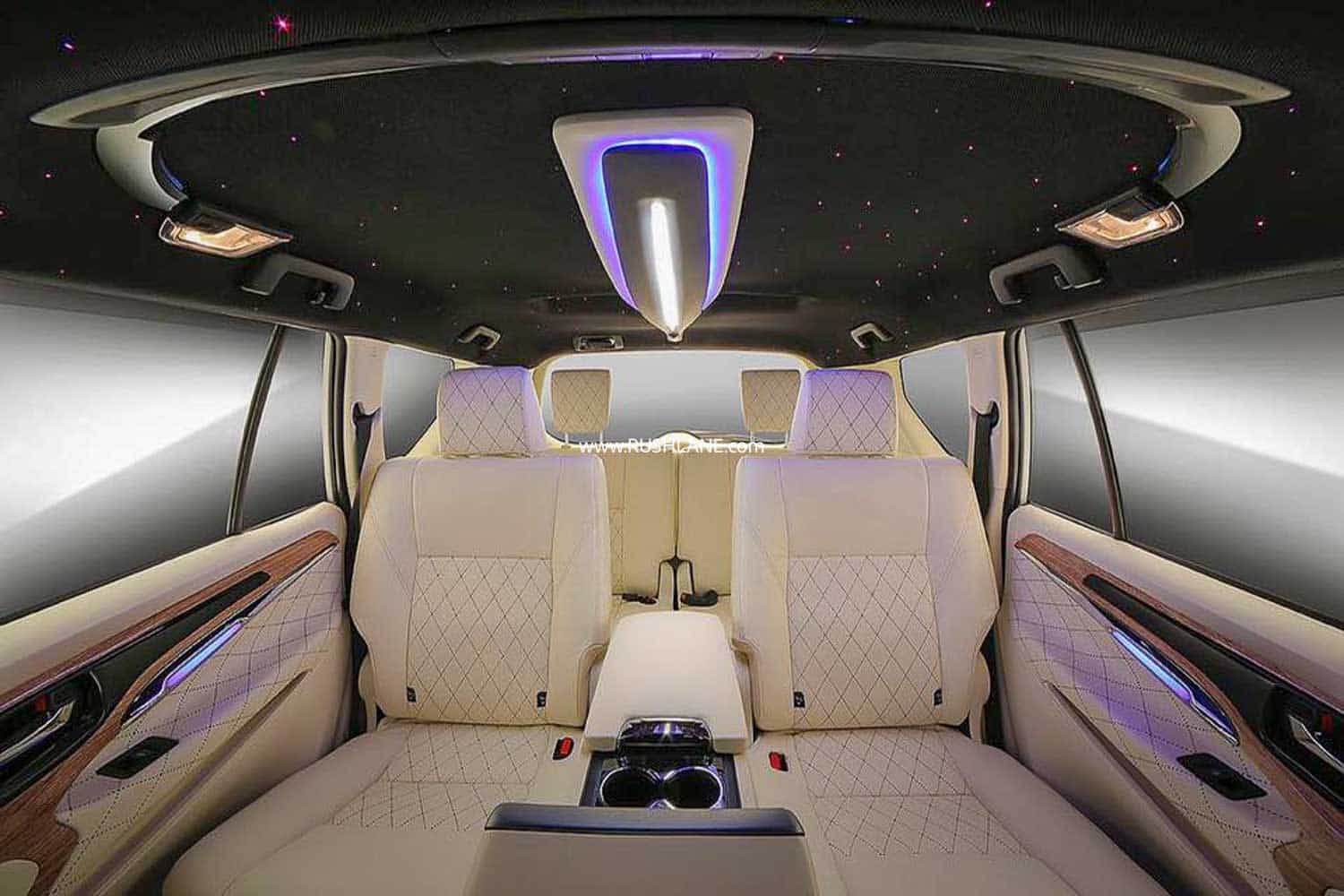 It was only recently that DC2 unveiled its all-new Tata Winger project. Compared to its stock format, DC2’s Winger avatar is radically different from outside as well as inside. Coming to Madhuri Dixit’s modified Innova Crysta, DC Design has not shared its exterior images. However, step inside and one will understand that everything other than a few components on its dashboard has gone through a massive revamp.

For starters, DC2 has introduced a plush beige theme as a primary upgrade, alongside glossy panels of wood all across. It still remains a seven-seater albeit completely different from stock. Rear passengers get powered captain seats (with leg supports) that are wide and comfy. Both passengers get their own infotainment system while being separated from each other by a central console with various controls and storage cubbies. 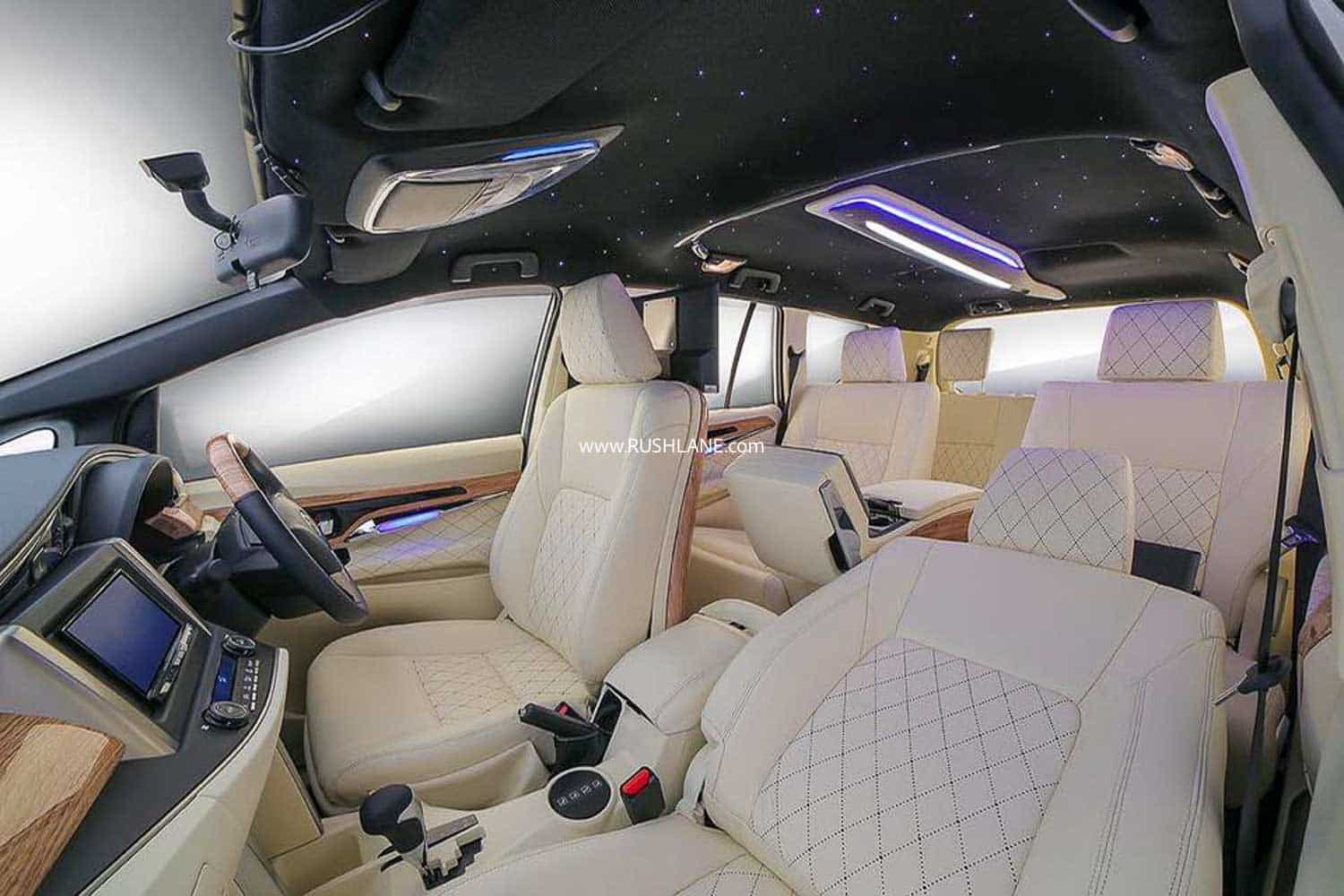 While ambient illumination is a usual addition in DC customisations, Madhuri Dixit’s Toyota Innova Crysta has gone a step forward by having a star-like roof lighting. This takes inspiration from Rolls-Royce’s Starlight Headliner option. Today, many premium brands have introduced it as an add-on for their flagship products. Of course, one cannot expect Roll-Royce levels of attention to detail in DC2’s version of Starlight Headliner but it is still a welcome addition.

As mentioned before, DC2 is a fresh start for DC Design which had to go through quite a struggle to stay in business. DC Design’s popular Avanti was introduced as India’s very first sportscar but had failed to impress in terms of performance, useability or desirability. With questionable aesthetics and sub-par levels of equipment, it couldn’t generate as much revenue as DC Design initially expected. DC Design’s Mahindra Thar-based Hammer project is another example which was not able to create an impact considering its price tag. Recently, a DC Hammer popped up for sale online for a ridiculous asking price.