In view of the increasing number of road accidents, undisciplined drivers and rising number of blatant law breakers, the Transport Ministry has decided to clamp down on offenders by introducing hefty fines and imprisonment besides cancellation of licenses.

With drunk driving being a major cause of concern, the Ministry has proposed an Rs 10,000 penalty besides 6 months imprisonment and suspension of license for a period of 3 months. Repeat offenders will get imprisonment for 2 years while license will be cancelled. But, drink and drive is still a bailable offence. 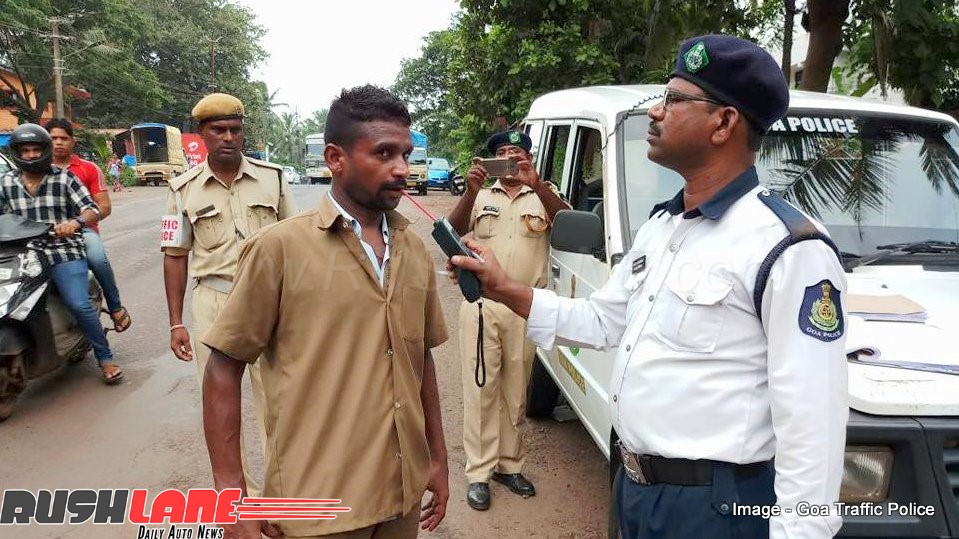 Goa Police is of the opinion that money is not a deterrent for people to not drink and drive. Many of them are ready to pay the fine without any hesitation. Repeat offenders are getting bail very easily as bail amount is also very low. In order implement a stricter fine for those who drink and drive, Goa Police has requested state government to implement a change in the Motor Vehicle Act for the state of Goa.

If this change happens, Goa Police will be able to imprison you for a period of 7 days, without bail – if you are caught driving / riding under the influence of alcohol. Bail can be applied after the 7th day spent in jail.

DGP Muktesh Chander spoke to Times of India. He said, “Courts have mostly been lenient on this issue. Drunken driving cases are not compoundable, so they’re always sent to court. It is up to the court to issue directions for suspension of licence. In many cases, the offender doesn’t even spend a single night in the jail. If people can be sent to jail in Bengaluru, Hyderabad and Secundarabad for this kind of violation, why not in Goa?”

Govt of India, on a national scale, are planning to implement heftier fines, stricter jail terms those who break traffic rules and regulations. As per the newly proposed fines, speedsters on the road will be fined Rs 2,000 for the first offence while repeat offence will attract fine of Rs 4,000. The fine for use of a cell phone while driving will stand at Rs 100 for first offence to be increased to Rs 300 for repeat offences. Not wearing a helmet will see a 10 fold increase in fine from a present Rs 100 to Rs 1,000.