The on-duty cop asked the driver to stop the car and get down. The student refused. Soon the cop asked for help from his colleagues who were busy with others at the checkpost. Once more cops arrived, the student decided to flee. He managed to flee in spite of a rickshaw and barricade blocking the road. Below is the shocking incident caught on camera.

#WATCH: Youth stopped for checking by policemen at a checkpoint in Kakinada, tried to escape after running over them, allegedly in an inebriated condition. Accused arrested. Two policemen injured #AndhraPradesh (25.03.18) pic.twitter.com/AnrB75lZsP

As you can see in the video, the driver of the car manages to swerve out of the lane, make a run. Five on duty cops and a couple of alert citizens try to stop the car. One cop even manages to pull the barricade and place it in front of the car. But no use. The drunk student managed to make a run from the spot.

In doing so, he has injured two on duty cops. One of the cops is badly injured as the car ran over him. Both cops are admitted to a nearby hospital, where they are getting medical care. The student in question, has been arrested. His identity has not been revealed yet. 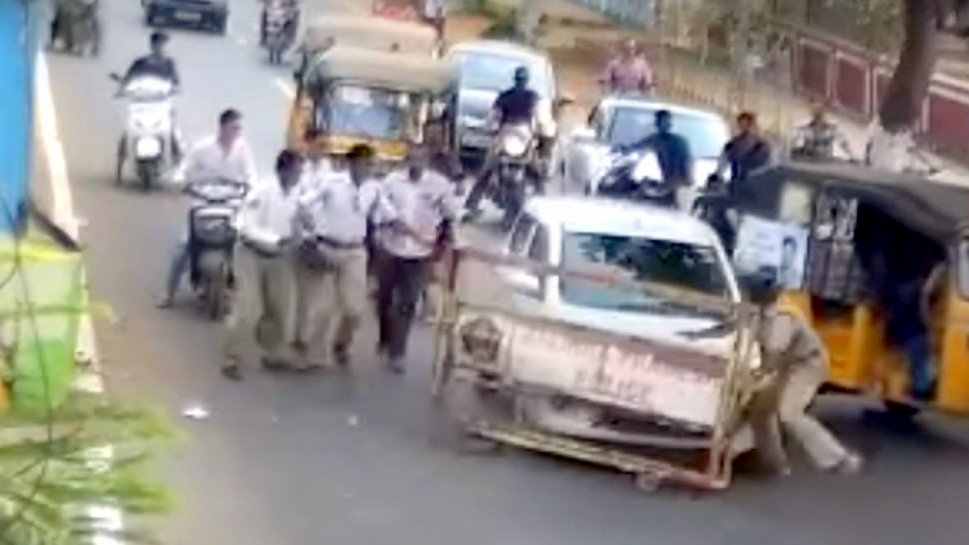