For the current fiscal year, electric two wheeler sales still in the red 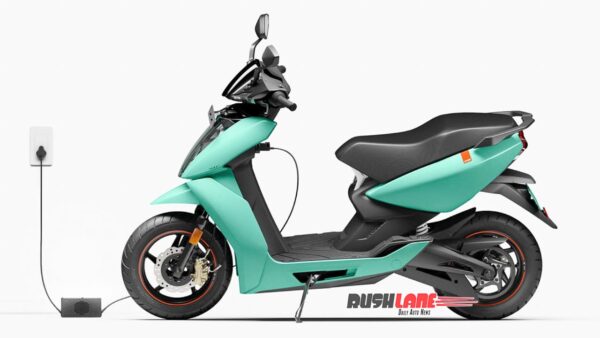 Outlook for H2 FY21 is positive. The industry is also hopeful of a recent announcement that allows EVs to be sold without battery. Extending PMP guidelines will let the EV industry ramp-up production and strengthen local component market.

With FY21 starting on a backfoot owing to a nationwide Covid-19 pandemic related lockdown, auto businesses came to standstill. Between the April’20 and September’20, the industry has reported sales of 7552 HS E2W, down from 10,161 HS E2W sold in H1 FY20 at 25.67 percent.

While sales in August and September were on a YoY growth track, the deficit owing to little or no sales in April, and for a good part of May 2020 has had lasting affect. While MoM sales growth has been a standard occurrence, current YoY sales too is proving to be positive.

As demand grows, the ongoing festive season is expected to infuse further life into vehicle demand. Traditionally a high sales period, this year benefits from low base sales of 2019, current ability to deliver pent up orders, and current focus on need for personal mobility as public transport deployment isn’t altogether convenient.

While industrywide recovery isn’t on the anvil, owing to low volumes of HS E2W, there is a possibility the industry is able to recover its current deficit. Demand is further boosted by the availability of a range of finance options, and specially curated offers for the festive season. For an industry that hardly existed until a while ago, there are now 9 manufacturers in the space.

With low volumes to begin with, the space has seen more and more new entrants, and there’s likely to be more new names. Hero Electric dominates the market at 35 percent market share for H1 FY21 at 2,629 vehicles sold. Okinawa takes second spot with 1,836 units sold at 24 percent market share.

Ather Energy, and Ampere both enjoy 12 percent market share at 941 units, and 919 units sold, respectively. Performance of the top 3 players in H1 FY21 is in the red. Hero Electric sales decline stands at 16 percent, Ather at 20 percent, and Okinawa at a sharp decline of 64 percent.

“The performance of the top 3 players in the first Six month of FY21 has been down vis-a-vis last year’s corresponding months. The sales of Hero Electric and Ather declined by 16% and 20%, respectively, while Okinawa witnessed the fall of 64%.”

Revolt, the only company selling a full-fledged motorcycle instead of a scooter finds itself in an unique position and is fifth on the list with 576 units sold YTD FY21. Revolt commands 8 percent market share. The remainder of the small players comprise of Bengling at 239 units, Pure EV at 213 units, Jitendra at 119 units sold, and NDS Eco at 80 units sold. The last 4 enjoy market share of 3 percent, 3 percent, 2 percent, and 1 percent respectively.

The data above has been shared by SMEV – Society of Manufacturers of Electric Vehicle. The data doesn’t include low-speed segment EV TW sales. The above data has been collated from the Govt records of Vahan.