Electric two-wheeler manufacturer Evoke’s first electric bike has officially landed in India ahead of its launch. First unit of Urban Classic electric motorcycle has been unboxed in what could be Evoke Motorcycles first showroom in India or at a hall for private presentation.

Pictures of the same have been posted by Tesla Club India on Twitter. Evoke is a Chinese brand which claims to sell the fastest electric bikes in Asia. Apart from the Urban Classic power cruiser, Evoke currently retails Evoke Urban S, the cruiser’s naked twin in global markets.

There are no further details attached to the images which might give us some additional information. Speaking of Urban Classic, the electric bike is 2,030 mm long and 710 mm wide plus it has a wheelbase of 1,380mm. It has a saddle height of 760mm and a ground clearance of a meagre 130mm. The electric power cruiser has a kerb weight of 179 kg and it gets a payload capacity of 150 kg.

Strangely there is no ABS on offer but a CBS does the job. Suspension duties at the front are carried out by a 42 mm inverted fork while at the rear it is taken care by an adjustable mono-shock unit. 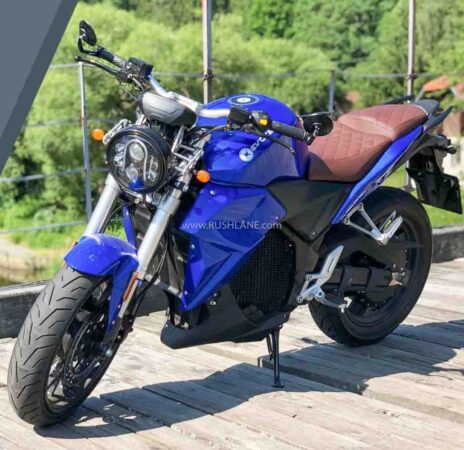 In terms of its powertrains, a 19 kW hub motor mounted on the rear wheel draws power from an 8.42 kWh Lithium-ion NMC battery pack. This setup returns an output of 26 PS of maximum power and 117 Nm of peak torque. It can achieve a top speed of 130 kmph and claims a 0-60 kmph acceleration in 3 seconds flat.

The claimed range on the battery pack on single-charge is 200 km. Evoke provides its customers with a 3.6 kW charger which juices the battery from 0-80 percent in just 90 minutes. 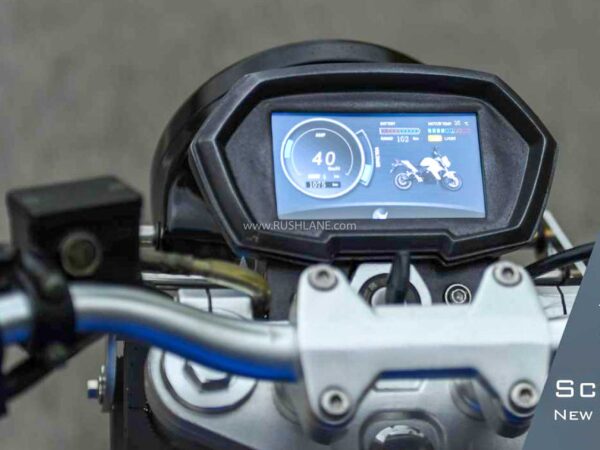 As per earlier reports, Evoke was initially planning to introduce a new entry-level bike codenamed ‘Project M1’ in India. The planned localisation level of this electric motorcycle was kept at 70 percent to keep its cost in check. It was to compete with other 125-150cc bikes in the Indian market. On the other hand, Evoke Urban Classic is offered at a price of USD 8,499 which translates to INR 6.33 lakh.