Over the last 37 years, 75 lakh Fiat Panda cars have been sold globally. The previous generation variant, even managed to win the prestigious European Car of the Year award back in 2004. But things are not looking any good for the Panda right now. 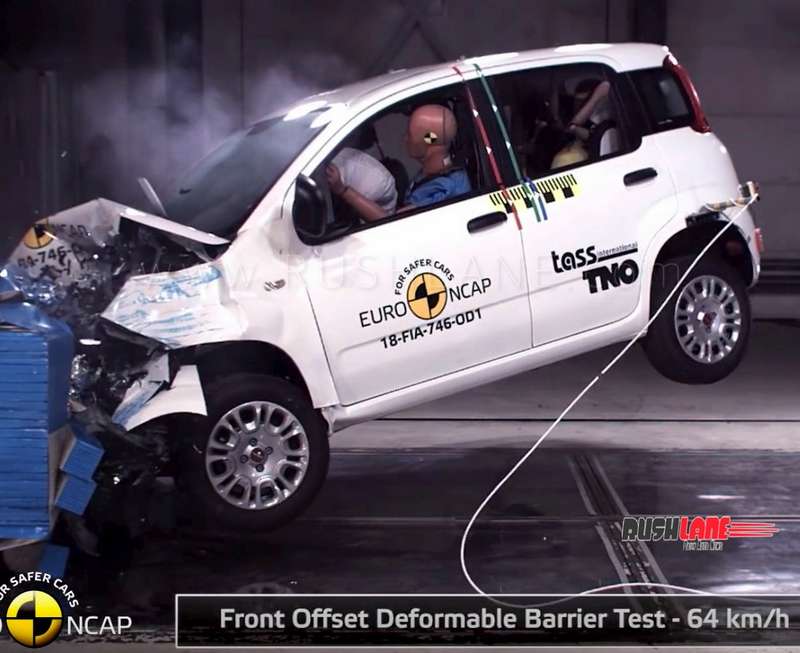 In fact, the Panda has become only the second car ever to be awarded 0 star rating ever since Euro NCAP was founded in 1997. The Panda’s 0 star rating follows the Punto which also scored 0 stars and was taken off markets in 8 months and follows the poor performance of FCA in Euro NCAP with even Jeep Wrangler which has scored only a single star out of 5.

Fiat Panda received its poor performance in Child Occupant Protection performance scoring 16% for children seated in the rear while the average rating for new cars is 79%. Euro NCAP results showed that the Panda delivered high injury risks for 10 year olds in the rear seat during side impact tests.

The system did not meet Euro NCAP tests where rear seat belts were concerned but only for the front seat belt system. The Panda also does not have any driver assistance system which would have gained it some rating in Euro NCAP. A surprising fact is that the same Fiat Panda with the same engineering and similar crash structures had scored 4 stars in Euro NCAP in 2011 when it made its market debut.