RUSHLANEDAILY AUTO NEWS
HomeCar NewsFord Bronco SUV leaked ahead of debut - Could be based on...

Ford had earlier showcased the retro SUV concept at the Detroit Auto Show in 2017. It has now made its presence felt at a dealer meet. It is here that the company showed first ever visuals of the Bronco. The images seem to be in production ready format which have also made their way onto the internet.

Originally, Ford Bronco was an off-roader, which was on sale during the 1966-1996 period. Now, 22 years later, Ford has revived the Bronco name in a new SUV which shows off style and features reminiscent of the original Bronco. 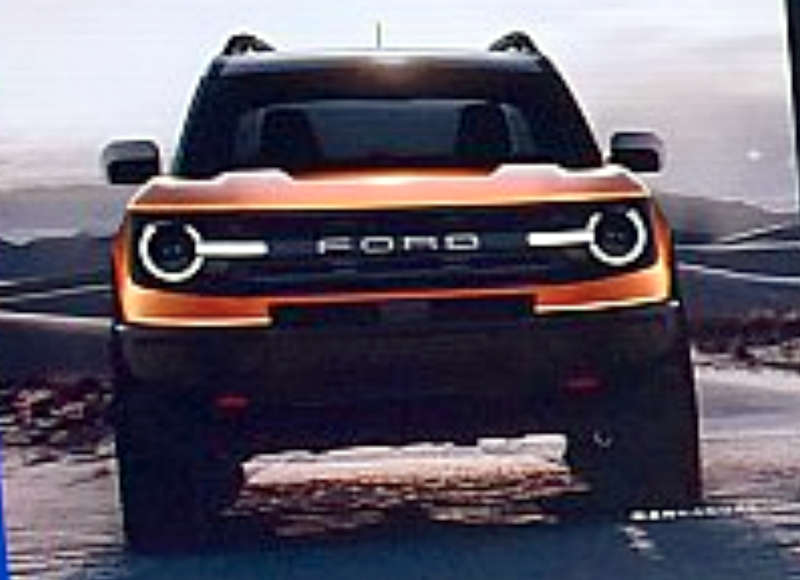 Thanks to the leaked images, one can see that the new Bronco receives a boxy shape, soft edges, round LED lights and a contrasting white painted floating roof. It also sports wrap around windows and painted pillars. The Ford logo is blazoned across the front grille while side profile is boxy with blackened accents.

No images of the rear of the Bronco have been leaked. But expect it to sport large vertical LED tail lamps. The Ford Bronco will sit on black alloy wheels with chunky tyres and offer sufficient ground clearance so as to enhance its off roading stance. Original Bronco was a three door SUV, while the new one is a five door SUV. 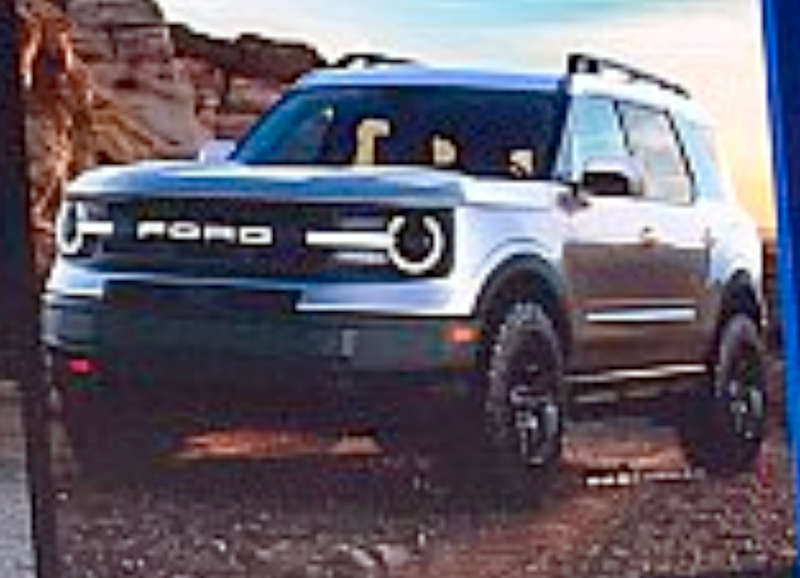 Though official details are not revealed, from the images it seems that the Bronco is of the size of Endeavour which is on sale in India. Both SUV’s could be based on the same platform – unlike its earlier counterpart which was positioned on a much larger platform.

No powertrain options have been revealed by Ford. But one could expect a 2.3 liter EcoBoost turbo petrol engine could be one option. The engine could be mated to a 6 speed automatic transmission, sending power to all four wheels. There is also a chance that the company could fit the Ford Bronco with a petrol hybrid engine.

It is not clear if this is a global SUV or America-only SUV. But considering its size, it looks like a global SUV. Expect the SUV to launch first in the USA next year; post which it could launch in global markets, including India.