The incident occurred yesterday near Ibrahimapura Cross in Yadgir district, Karnataka. The car belonged to Dr. Sharana Reddy. He had purchased the car just a month ago. New Ford Endeavour is priced in India at about Rs 40 lakhs on road.

Bystanders stated that the car’s engine caught fire first. The driver and passengers stopped the car on the road and jumped out. They tried to stop the fire, but it was not possible. Within seconds the entire car was engulfed in flames. Mr Reddy is shocked that his brand new Ford Endeavour has burnt down in such a way.

As per a report by Public TV, who also posted the video – “BJP Ticket Aspirant from Yadagiri Constituency Dr. Sharana Reddy’s new Ford Endeavour caught fire today. This happened near a temple close by and it is reported that the fire happened due to a technical flaw in the car and more news will surface in the future on the unfortunate fire.” 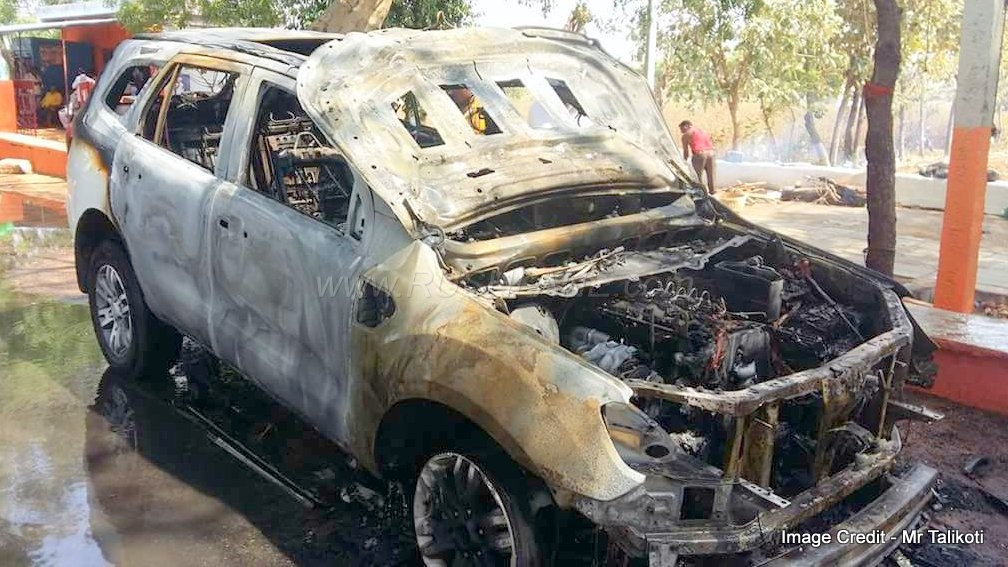 Launched in India in 2016, the new Ford Endeavour had also caught fire while it was on test in 2015. That incident took place in 2015 at Redhead Road near Newcastle along the NSW central coast just 175 kms north of Sydney. A brand new Ford Endeavour (known as Everest in Australia), while on test drive was completely gutted in the blaze. A thorough report by Ford revealed that it was a one-off incident. 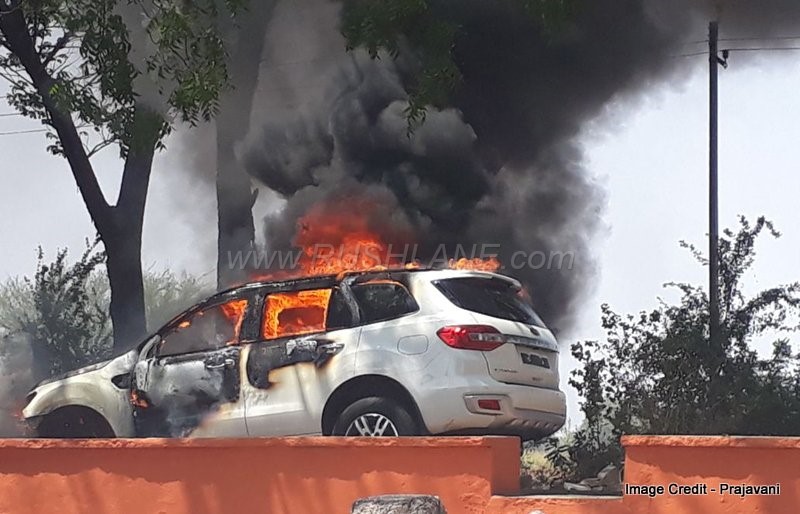 In India, Endeavour is available with two diesel engine options – 2.2 liter generating 158 hp and 385 Nm torque, while the other is a 3.2 liter 5-cyl engine generating 197 hp and 470 Nm. Both options are offered with auto transmission.

Competing with the Toyota Fortuner, Ford is working towards launching the Endeavour facelift soon. Apart from exterior updates, it will also get interior updates and a more refined engine.