Ford Freestyle, the crossover version of Figo hatchback, has been launched in India starting from Rs 5.09 lakhs (ex-showroom, Pan-India). The latest Ford will be locking horns with other hatchback-based crossovers like Fiat Avventura, Toyota Etios Cross, and Hyundai i20 Active.

Powering the Ford Freestyle is a new 1.2-litre TiVCT 3-cylinder naturally aspirated petrol engine which is tuned to deliver 96 PS and 120 Nm of torque. The diesel engine is the familiar 1.5-litre TDCi unit which has 100 PS and 215 Nm of torque on tap. Both engines are mated to a new 5-speed manual transmission which is 15% lighter and requires 40% less transmission oil compared to previous gearbox. 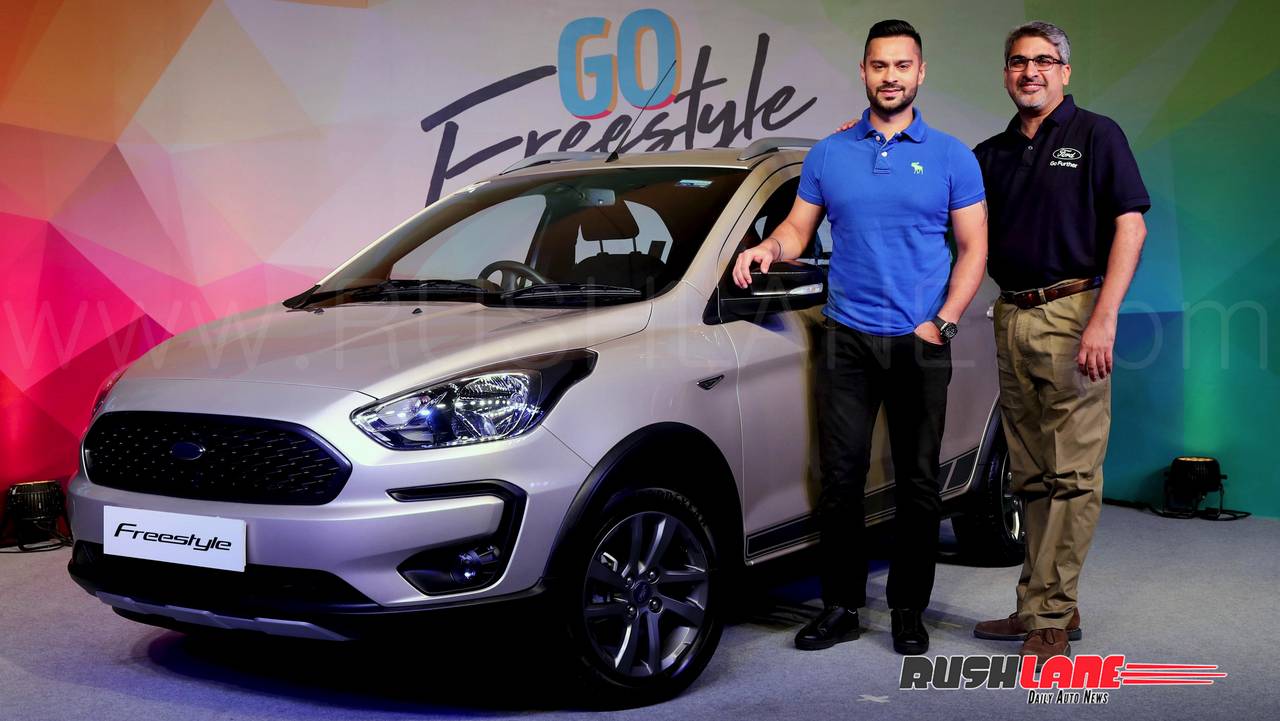 The car packs in a host of upmarket technologies and features including Active Rollover Protection system which works in conjunction with ESC to reduce engine torque to a particular wheel to prevent potential rollover scenarios. While all variants of the Freestyle are equipped with dual front airbags as standard, the top-end Titanium + variant boasts of 6 airbags.

Though Freestyle has not been crash tested yet, Figo has been. It has a 0 star rating.

Other safety features include TCS, ABS with EBD, and hill hold assist. Ford claims that the Freestyle features an increased track width compared to its hatchback sibling and a uniquely tuned suspension with a ground clearance of 190 mm.

The Ford Freestyle CUV (Compact Utility Vehicle as the company would like to call it) is also equipped with SYNC3 infotainment system with a 6.5-inch touchscreen which offers voice commands, Apple CarPlay and Android Auto connectivity.