Ford’s 10 millionth (1 crore) Mustang rolled out from the company’s Flat Rock Assembly Plant in Michigan. To mark this momentous occasion, 60 Ford Mustang owners assembled at the plant to pay tribute to the 10 millionth Mustang by spelling out ‘10,000,000’ with their Mustangs from all model years. Three WWII era P-51 Mustang fighter planes flyover also marked the occasion.

Ford Mustang is the most favored sports car and has been so for the last 54 years of production history. It has featured in more movies and has the most fan following on Facebook as compared to any other car in the world. 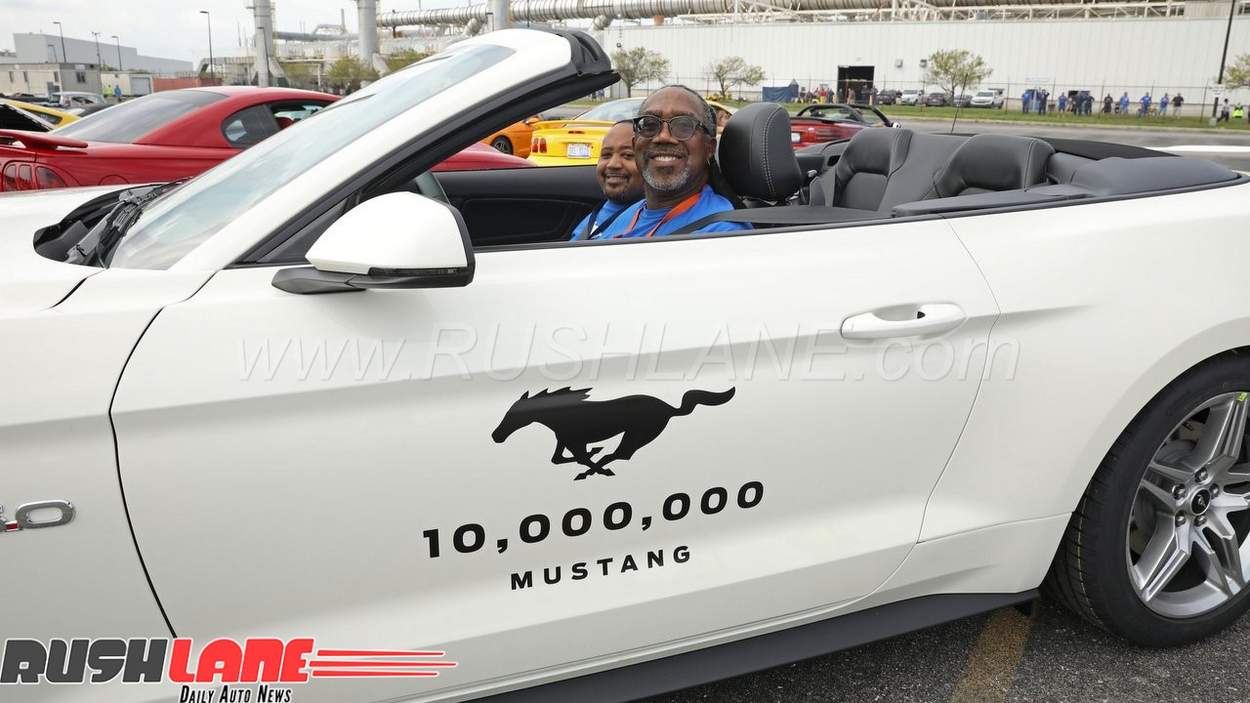 Ford Mustang is now in its 6th generation. The company sold over 7,000 Mustangs in UK since it went on sale in 2016 and over 38,000 Mustangs in Europe in the same period. Last year, Mustang sale exceeded that of the Porsche 911 in 13 European markets with Mustang sales leading in Germany, UK, France, Belgium and Sweden.

Over the past 54 years, the features and technologies offered on the Ford Mustang have evolved. The new Mustangs now sport more premium interiors with soft touch material and 12” digital instrument cluster. Power train options include a 5.0 liter V8 engine offering 450 PS power and mated to 10 speed automatic transmission offering acceleration from 0 to 100 kmph in 4.3 seconds.