RUSHLANEDAILY AUTO NEWS
HomeCar NewsGoodyear AERO tyre concept is made for future cars that will fly...

Something that has been widely showcased in the realm of science fiction movies till date may become a reality with the launch of Goodyear AERO concept tyres at Geneva International Motor Show 2019.

Goodyear AERO concept tyre is based on a multimodal tilt-rotor concept and it appears to be pioneering product, as it can drive on the roads and fly as well. This two-in-one tyre design is meant for use on autonomous, flying cars that are expected to be developed in the future. 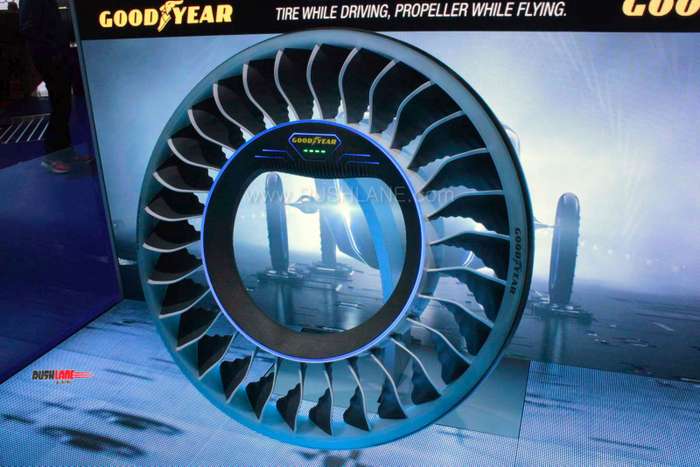 The need for flying cars is being felt, as traffic in world’s leading cities is coming to a crawl. Flying cars could solve a lot of problems associated with today’s heavy traffic, which is why Goodyear has stepped up focus in this domain. Goodyear AERO concept tyre has a multimodal design, wherein it works as a drivetrain like a normal car and doubles up as a propulsion system like an aircraft. When used in a compatible vehicle, AERO tyres can help humanity achieve the dream of flying cars.

Goodyear AERO concept tyre has non-pneumatic outer structure, which can work like a standard tyre that absorbs shocks while driving on the road. The inner structure comprises the spokes that double up as a propeller to provide the required lift. Spokes rotate at high speeds to generate adequate lift, something similar that can be seen on jet engines. Only difference is that AERO will be utilizing magnetic force to achieve frictionless propulsion. When tilted, the tyre will transform into a propeller and create vertical lift. 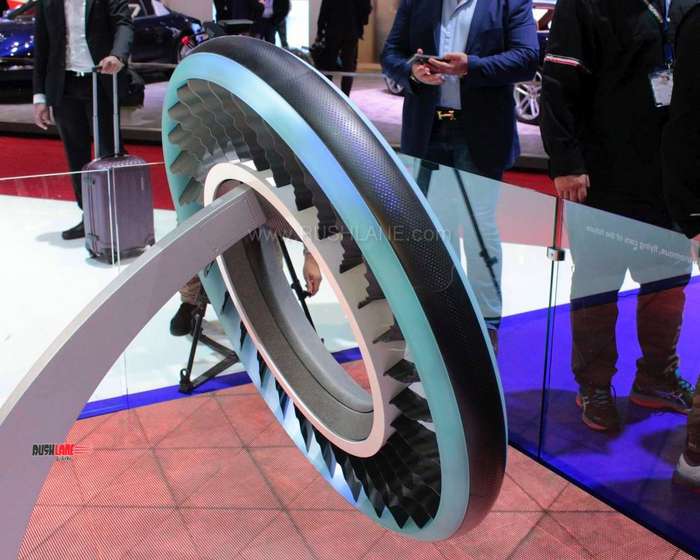 To reduce the risk of malfunction, Goodyear AERO concept tyres come with light-based, fibre optic sensors that monitor everything from road conditions to the structural integrity of the tyre itself. If there’s a problem, the driver (or pilot) will be notified much before things start going south. AERO concept tyres are also supported by Artificial Intelligence, which can monitor progress, communicate with infrastructure nodes, identify potential issues and suggest the best course of action.

It’s unlikely that you will be using these tyres or flying cars in the near future, but at least the right start has been made. It is possible that Goodyear AERO concept tyres may provide the right ideas for development of advanced mobility products.