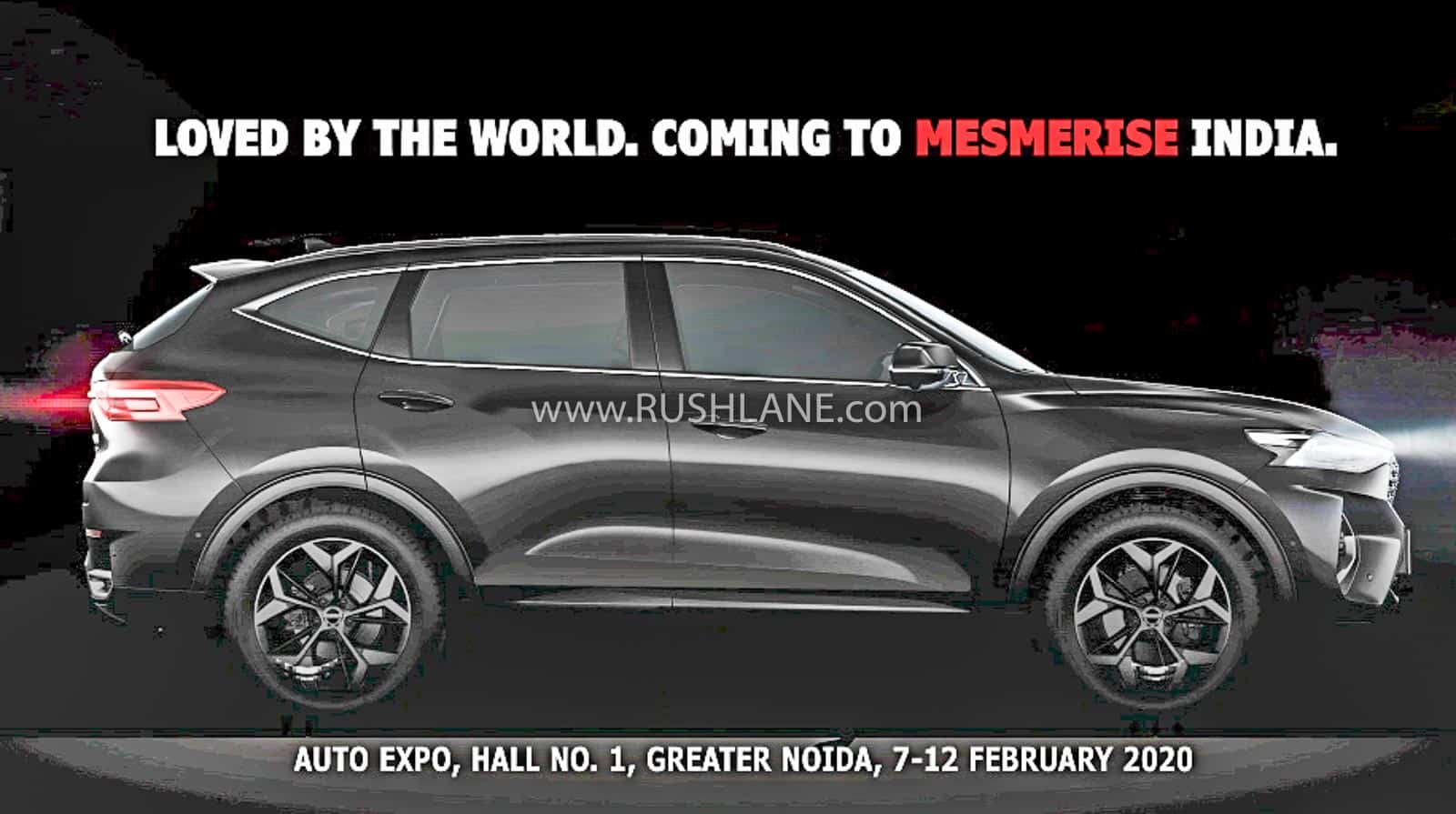 Great Wall Motors is one of the largest SUV manufacturer in China. They will make their first public showcase in India at the Auto Expo in a few days.

GWM has already announced its big Indian debut at Auto Expo 2020 next week. Now, the Chinese brand has announced their highlight for the show. The manufacturer will showcase its Haval Concept H SUV – which will make its global debut in India. Alongside the global premier. GWM will also debut its Vision 2025 concept vehicle.

Great Wall Motor Co Ltd (GWM) commands a strong position in China as the country’s largest SUV manufacturer. With its entry here, the company will also outline its plans for India. Its Auto Expo portfolio will include a range of Haval SUVs, GWM electric products, and innovations in the area of intelligent safety, connectivity and advanced autonomous systems.

The Haval marque, a GWM property, is best known for its wide SUV range. While talks had been ongoing, GWM’s entry in India was announced as recently as January 17, 2020 following an agreement to acquire the General Motor Talegaon factory on January 17, 2020. This is a significant step forward considering the manufacturer will not have to wait for the stipulated period it takes to build a modern factory. Acquiring the GM plant is a strategic stepping stone.

As the company awaits its grand entry to the Indian automotive market, it looks forward o ‘limitless possibilities’, and considers this an important market. GWM looks forward to setting new benchmarks in the Indian automobile industry. GWM’s R&D centre is setup in Bangalore. At present, Great Wall Motor operates its sales network in more than 60 countries, and five regional marketing centres in Russia, Australia, South Africa, South America, and the Middle East.

India’s largest auto show, Auto Expo will have its highest ever participation from Chinese companies this year. With large number of established Indian car and bike brands opting to not participate, its the Chinese companies like Great Wall Motors, BYD Motors, FAW Haima, Changan Automobile and SAIC Motors Corporation who have come to the rescue.

These Chinese automakers have reserved nearly 20 percent of floor space at the India Expo Mart in Greater Noida, Uttar Pradesh relating to 8,000 sq meters of a total of 40,000 sq meters. Apart from seeing India as a potential market to increase sales, experts cite the increased participation by Chinese companies in India as a way to combat lower sales in their own country; which has fallen for the 17th month in a row in November 2019.