Fast forward about 5 years, and the starting price of the same motorcycle has shot up to Rs 5.31 lakhs. But thanks to the recent launch of Royal Enfield 650 Twins, prices of these entry level HD motorcycles have been given a reality check.

Of course, Harley Davidson would have thought that their sales would have not affected with the RE 650 launch. But that seems not to be the case. As HD dealers are selling the 750 series at a discount of Rs 1 lakhs. In addition, some are even offering free jackets, accessories. 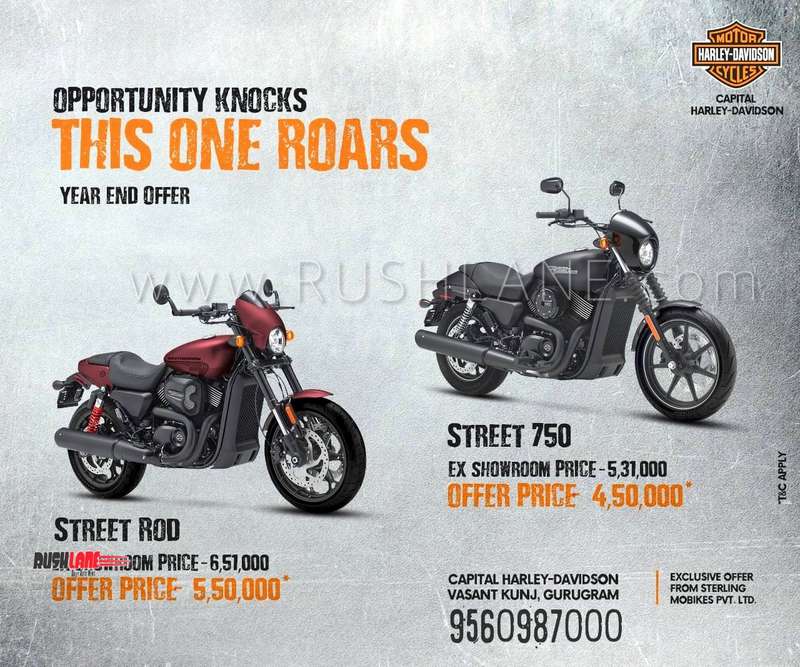