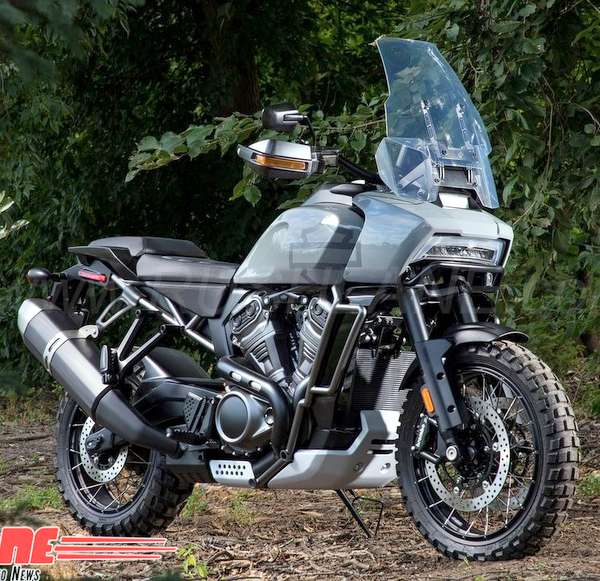 Speaking about the 3 new HD’s the production version of naked Streetfighter and adventure tourer Pan America; are expected to be unveiled by 2020. While the Custom 1250 could make its presence felt sometime later. Sketches of these three motorcycles have been filed with the European Union Intellectual Property Office (EUIPO) and have also surfaced online drawing attention to some design details.

All three motorcycles are based on Harley Davidson’s new middle weight modular platform. The patent images reveal some design changes. The Pan America will get new radiator crash guards, a large and adjustable windscreen, off road handlebar guards and pannier mounting points at the rear. 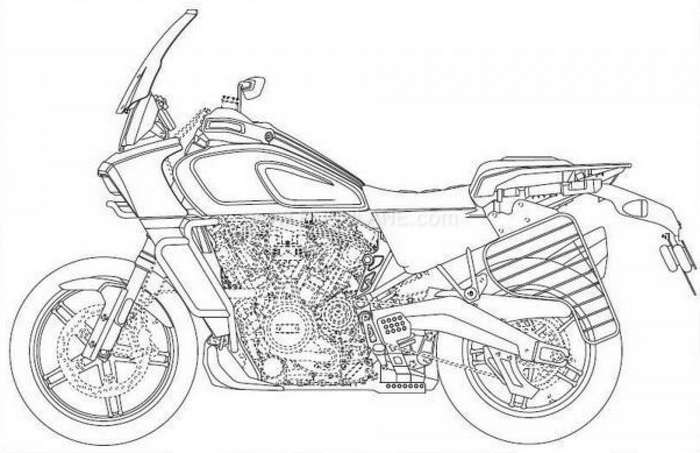 The naked Streetfighter sees a design similar to that unveiled last year; with fat upside down forks and a deep belly pan under its engine. The Custom 1250 cruiser gets Bobber style fat tyres and a new front design but patent designs are only limited to these two design elements. Engine details are also scarce, but it is learnt that the Streetfighter will get a 975cc, V-Twin cylinder engine with power figure at around 100 bhp. The two others will use a 1250cc engine offering around 130 bhp power.

The presence of saree guards in design sketch, more or less confirms their launch in India. Once launched, the naked sportsbike will take on the likes of Triumph Triple RS, Ducati Monster 821, Kawasaki Z900 and Yamaha MT-09 with an expected price tag of around Rs 10 lakhs. Pan America will have the Ducati Multistrada 1260, Honda Africa Twin, Triumph Tiger 1200 and BMW 1200GS among its competitors. Price can be in the Rs 14 lakh range.