Even though slowdown in auto sector is far from over, Hero MotoCorp has witnessed some encouraging signs in September. While sales had slowed down in earlier months, September sales data shows a growth of 12.6% in comparison to August sales.

To ensure maximum sales during festive season, Hero MotoCorp has launched attractive discounts and benefits for several of its bikes and scooters. The aim is also to clear the inventory of old models before BS-VI emission norms come into play on April 1, 2020. 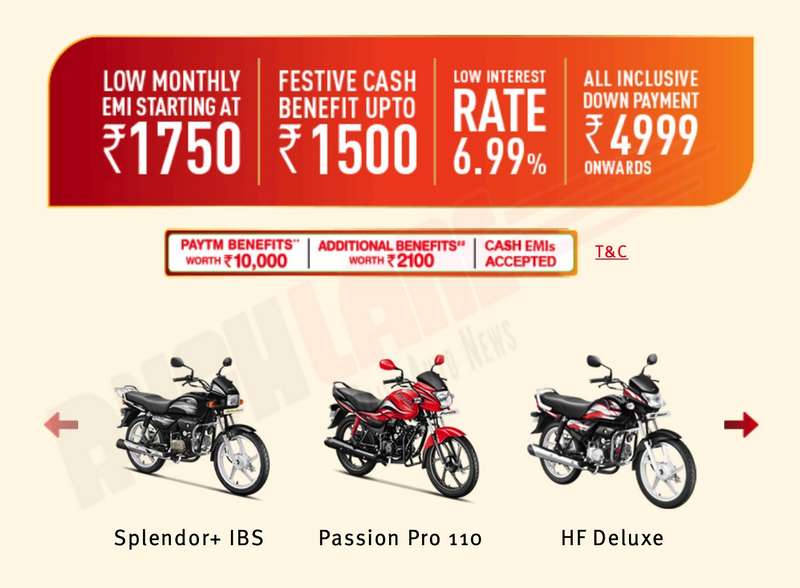 Hero is currently in the process of upgrading its bikes and scooters to meet BS-VI norms. It may be recalled that Splendor iSmart 110 was the first two-wheeler in the country to get BS-VI certification from International Centre for Automotive Technology (ICAT).

Commenting about the steps taken to boost sales, Sanjay Bhan, Head of Sales, After-Sales & Parts, Hero MotoCorp said that the focus is both on first-time two-wheeler buyers as well as those that are looking to replace their existing vehicles. For first-time buyers, the company has introduced low down payment, affordable interest rates and easy EMIs. 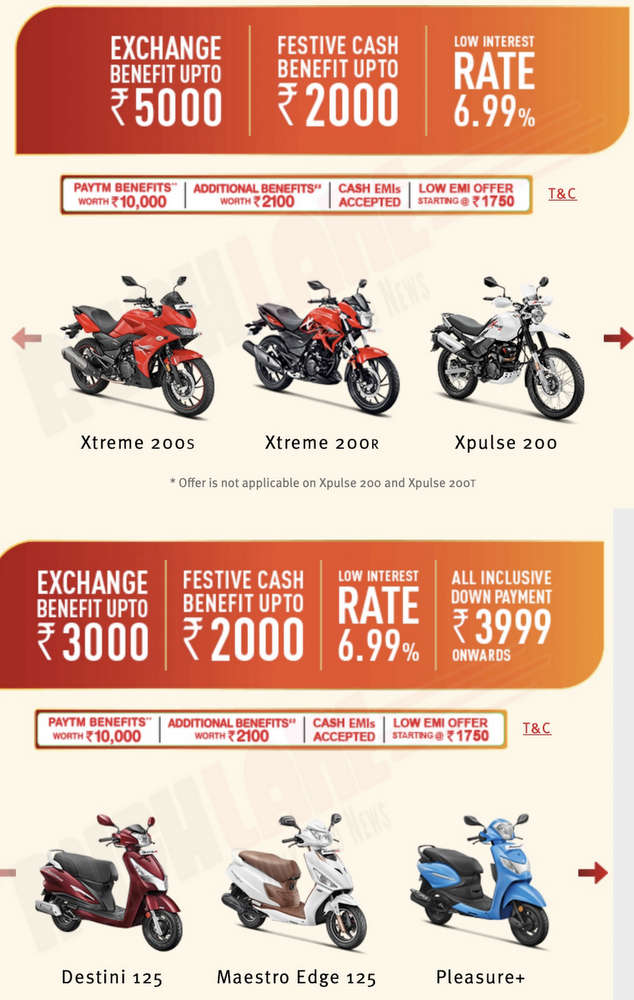 For people looking to replace their existing two-wheelers, the company is offering exchange benefits of up to Rs 3,000 on their scooter range and up to Rs 5,000 on Hero 200 cc bikes. Festive cash benefit up to Rs 2,000 is available for both scooters and 200 cc bikes. Hero is also offering Rs 2,100 worth of goodies to customers who enrol for Hero GoodLife and service package program.

Hero has also taken steps to support its dealerships. Benefits announced for dealers include increased credit limit, special incentives for sales team and funding for festive schemes. The company is hopeful that things will start improving for the auto sector, beginning with the festive season.