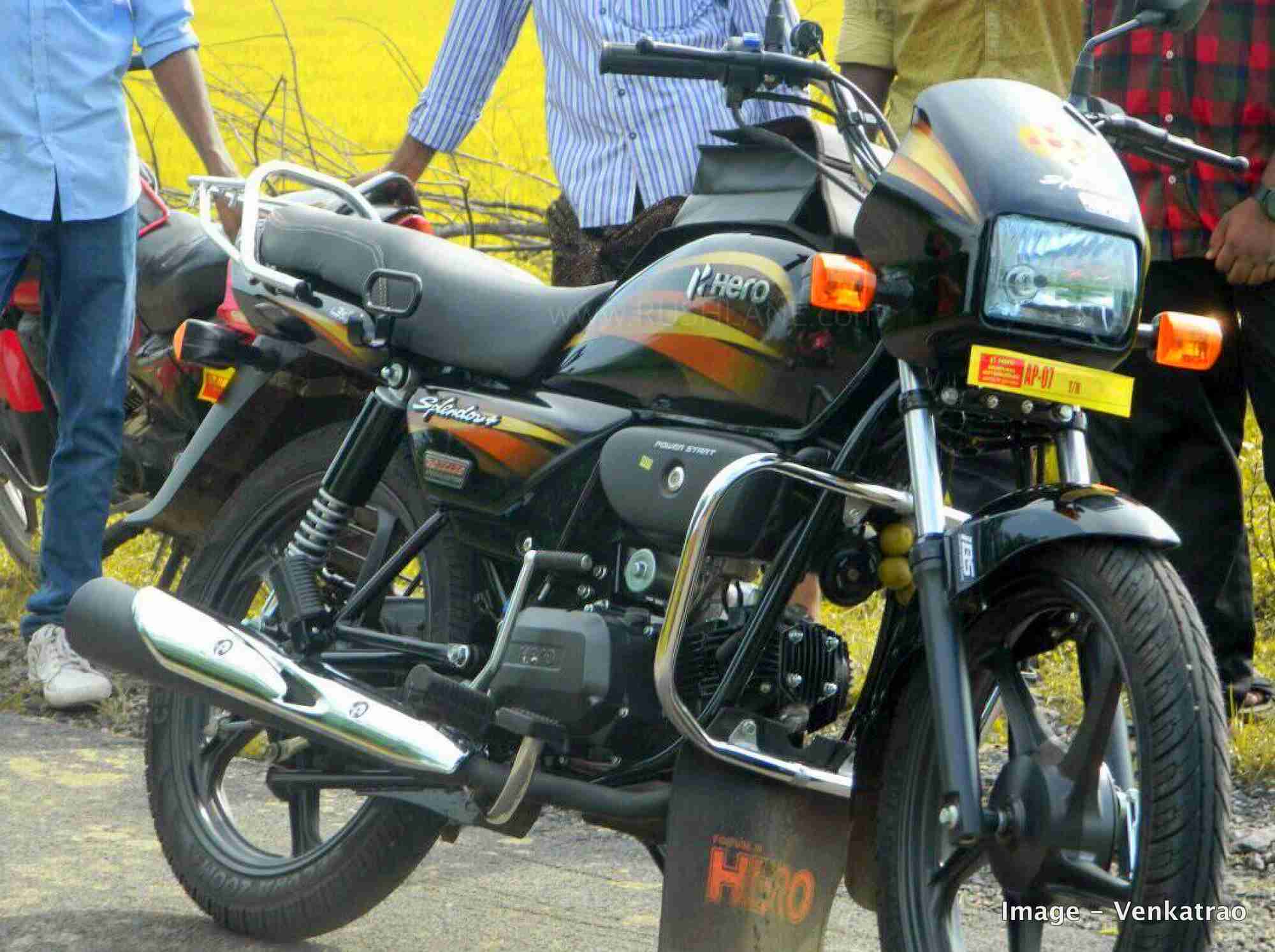 Hero MotoCorp continues to stay at the top of the sales charts in the two wheeler segment, in spite of registering a decline of over 7%. On the top two for the Indian bike maker are Splendor and HF Deluxe, together registering a staggering 4.5 lakhs sales.

The evergreen budget motorcycle and the brand’s best-seller, Hero Splendor has witnessed a marginal growth at 8.18%, but down by 1.38% compared to the same time, last year. Sales of the cheaper HF Deluxe went down by almost 5%. Meanwhile, the Hero Glamour and Passion enjoyed a significant growth at around 30% and 13%, respectively.

Coming to the scooter portfolio, only the Hero Destini could secure a sales growth — 86.66% from October 2018 and 3.90% from September 2019. The brand’s very first scooter (from the days of Hero Honda), Pleasure, fell by almost 20% in sales from that in September 2019. Total scooter sales by Hero is only 45,316 units. To elaborate further, let us look at Hero MotoCorp’s sales figures below. 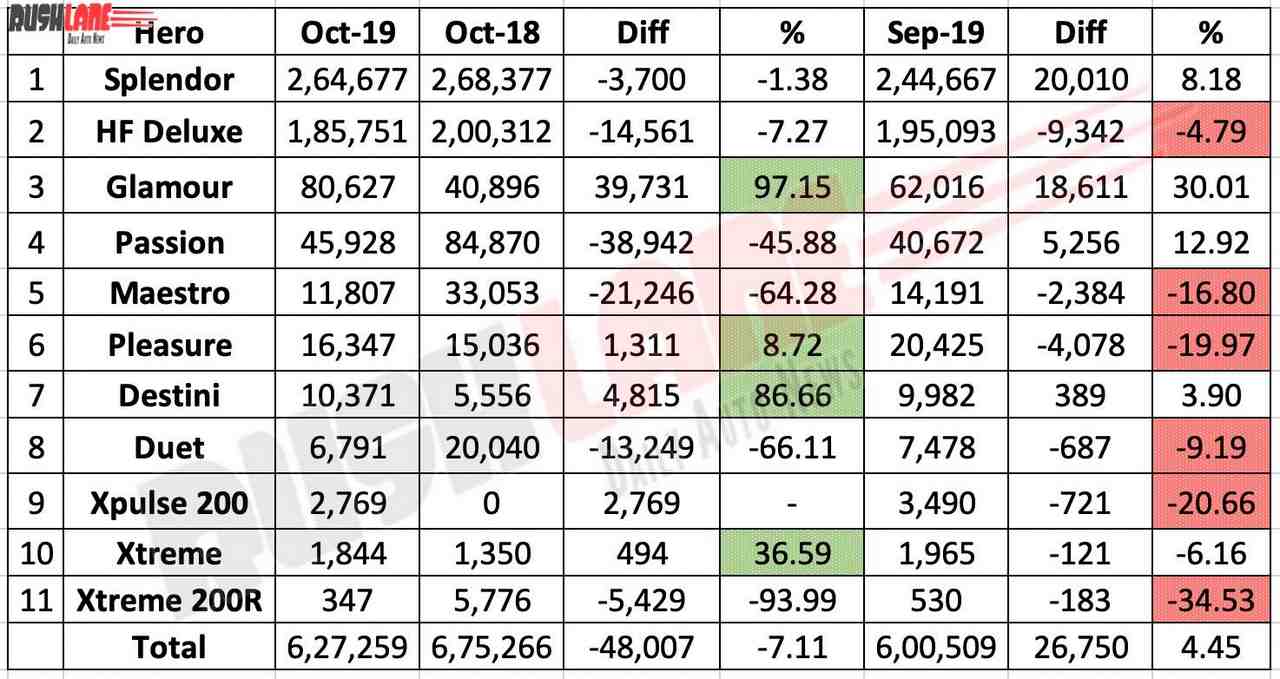 Hero MotoCorp has reported a sales dip of over 20% for their new (and arguably most compelling) product, the Xpulse 200. Sales were going reasonably well in four-digit numbers since its introduction, but have seen a lot of fluctuations till date. Now, the figures have gone down a bit from 3,490 units in September 2019 to 2,769 units in October 2019 — a difference of 721 units or 20.66%.

While this fall may not be a major concern, the figures are nowhere close to ‘Hero standards’. The Hero Xpulse 200 was launched back in May 2019 at Rs 97,000 and Rs 1.05 lakh for the carburetted and fuel-injected versions, respectively. It instantly caught the attention of many by being an affordable and capable machine to go over rough terrain.

Hero MotoCorp is not the first choice when it comes to sporty options (the Xpulse 200 being the only exception at present) and the fact is evident from the sales figures of the range-topping Xtreme 200R and 200S. With just three-digit sales numbers, the 200R barely made it to the top tens.

Coming back to the Hero Xpulse 200, the affordable adventure motorcycle changed the image of the Indian motorcycle brand in the minds of enthusiasts across the country. The Xpulse proved that Hero MotoCorp could still make fun-to-ride products and not just mass-volume commuter motorcycles.

The Hero Xpulse 200 is powered by a 200cc air-cooled single-cylinder engine that makes 18.4bhp and 17.1Nm of torque. This is mated to a 5-speed gearbox. The long-travel 37mm forks and pre-load adjustable rear monoshock (170mm travel) are two of the main highlights. The performance characteristics slightly vary between the two injection systems (carb and FI).