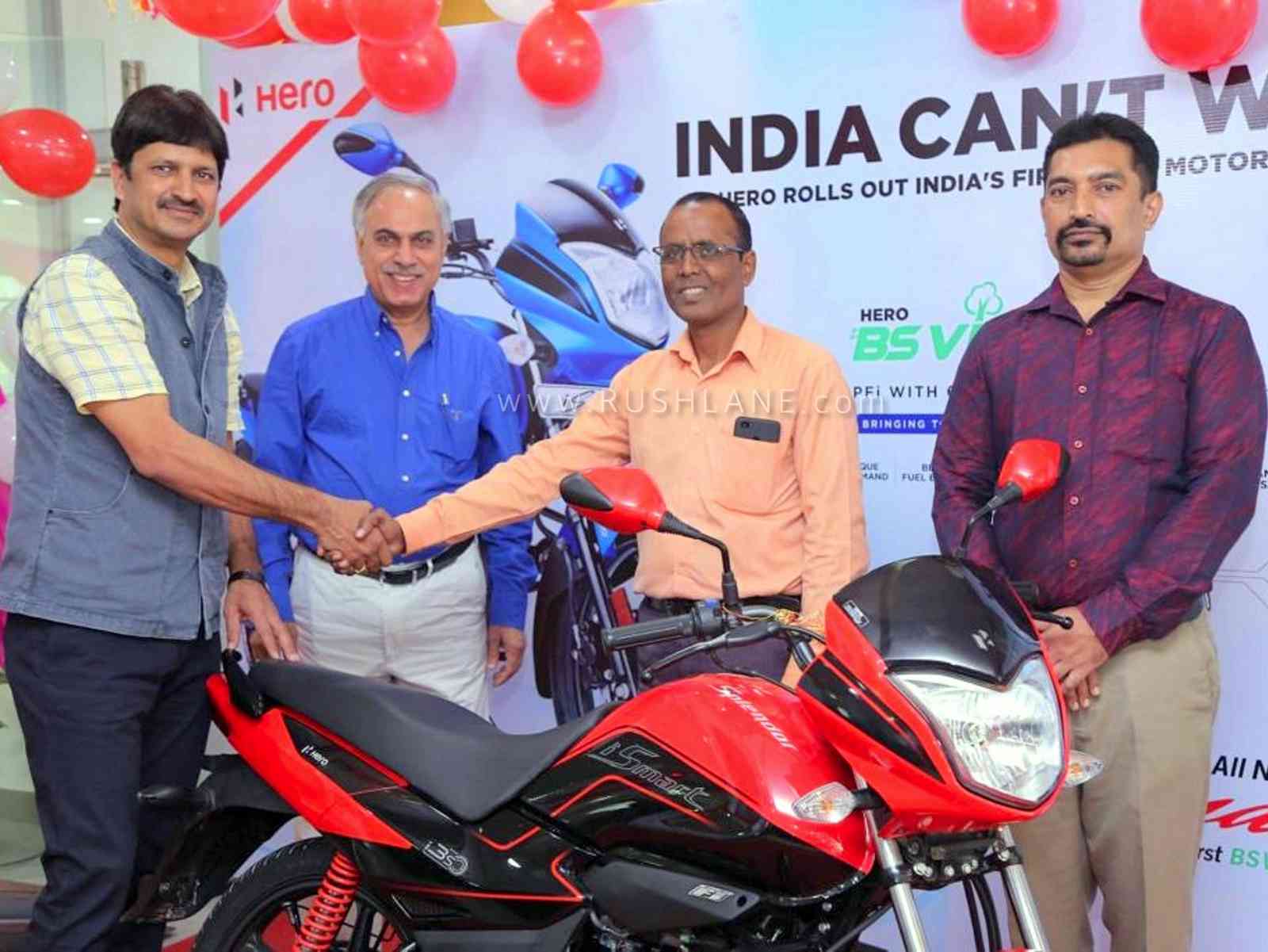 After its launch earlier this month, deliveries have begun for Hero Splendor iSmart 110 BS-VI. The first owner of India’s first BS-VI compliant commuter motorcycle is Mr Indra Prakash, who hails from Delhi. It may be recalled that Splendor iSmart 110 was also the first commuter bike in India to get BS-VI certification. The updated bike has been competitively priced at Rs 64,900.

Splendor iSmart BS-VI continues to use the same basic design, even though there are some changes to the front and rear. To improve stability, the bike gets a new diamond frame.

While most dimensional aspects are largely the same, the bike’s wheelbase now stands at 1,270 mm. This is an increase of 35 mm, as compared to that of outgoing model. Colour options for Splendor iSmart BS-VI include Red, Blue and Grey. 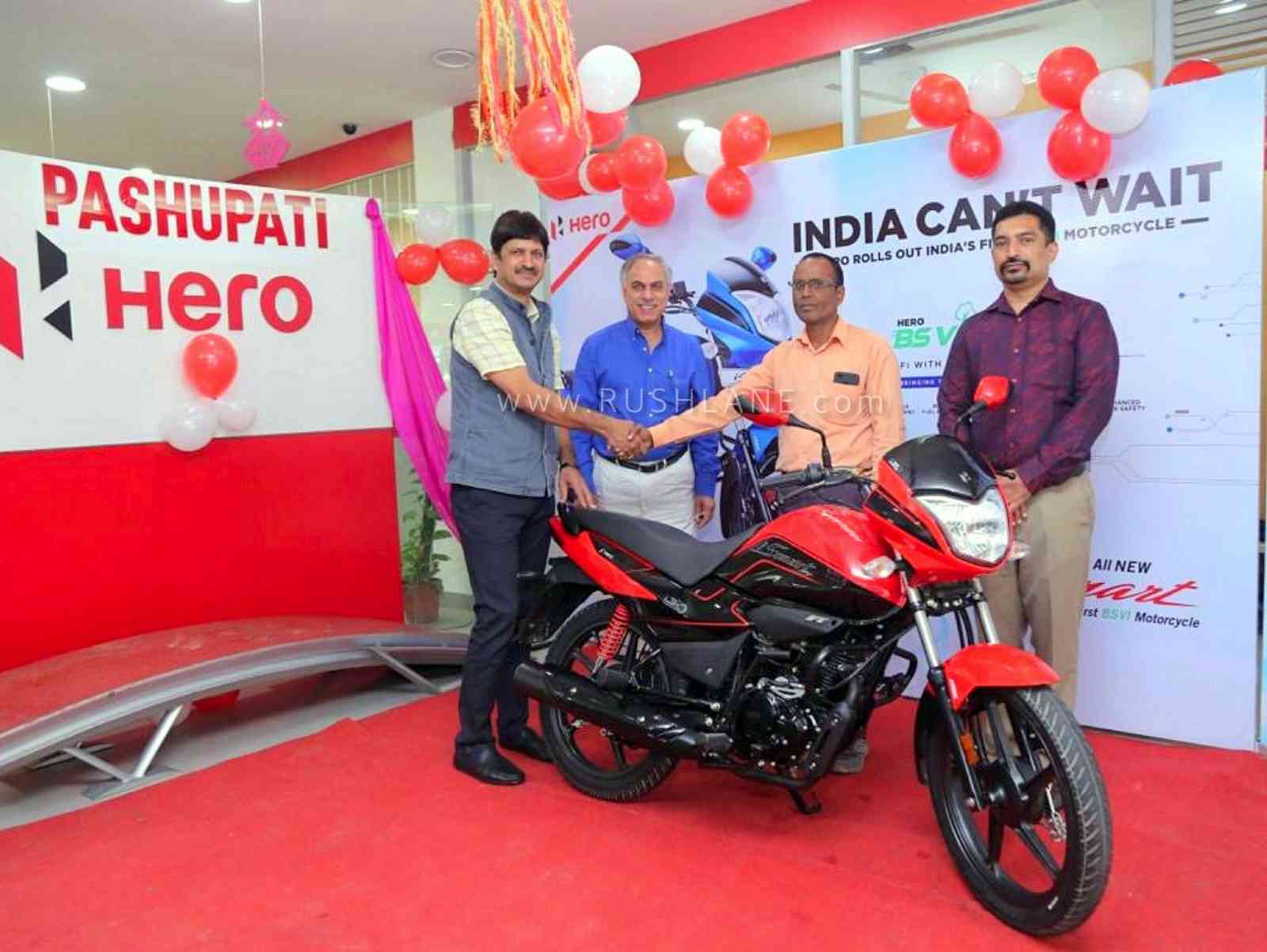 BS6 Splendor is powered by a larger 113.2 cc engine, as compared to 109.15 cc BS-IV engine used on the outgoing model. The new engine delivers max torque of 9.89 Nm, which is around 10% more than that of its predecessor. However, engine power has been slightly reduced to 9.15 hp. The older engine delivers 9.5 hp of max power. Engine is mated to a 4-speed gearbox. The bike is equipped with segment first oil filter.

As compared to its predecessor, the new BS-VI engine reduces carbon monoxide emission by 45% and Nitrogen Oxide (NOx) by 88%. This is significant and will certainly help the cause of protecting the environment.

Fuel saving i3S system continues to do duty on updated Splendor. It is expected to perform even better with the BS-VI compliant engine. Customers can expect to save around 10-15% more fuel with the new Splendor. i3S works by shutting off the engine when idle, which helps save fuel. The engine restarts automatically when the clutch is released.

Splendor iSmart 110 BS-VI runs on 18-inch alloy wheels, wrapped in 80/100 section tyres at front and rear. The bike comes with telescopic suspension at the front, which has been increased by 15 mm for improved comfort. At the rear, the bike has 5-step adjustable dual hydraulic shock absorbers. Braking duties are performed by 240 mm disc brake at the front and 130 mm drum brake at the rear.