Each of the four concepts based on the Hero XPulse 200 – Scrambler, Desert, Flat Track and a Cafe Racer, caters to a different genre of motorcycling. However, each of these concepts shares the same 200cc engine and framework as will also be seen on the XPulse 200.

Hero XPulse 200 Flat Track concept is designed for those riders who want to slide around corners. It features a flat tracker body work and is seen on display at the 2018 EICMA Show in a brilliant shade of red. Its on-board features include fatter front tyres, alloy wheels, a wide handlebar and under seat exhaust. It also gets serrated foot pegs and seat padding. 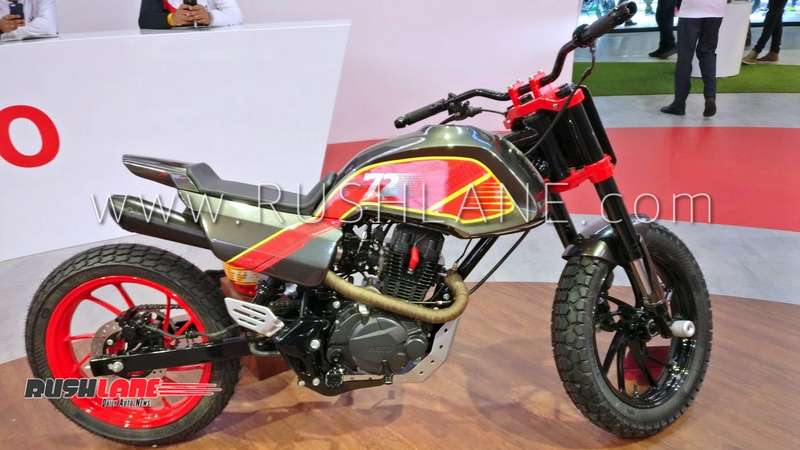 Flat Track bikes are special motorcycles which are often used on large oval flat tracks. They are different due to the fact that they get only two gears, have rear suspension and no brakes while overall length is enhanced as compared to that seen on other bikes.

The Flat Track concept also does not sport road legal features such as a headlight, blinkers, instrument console or a number plate holder. Hero MotoCorp Flat Tracker concept is seen in a single seat, gets gold colored front fork tubes and sports a fully digital instrument cluster while the presence of a disc brake at the rear allows the rider to lock the wheel and slide. 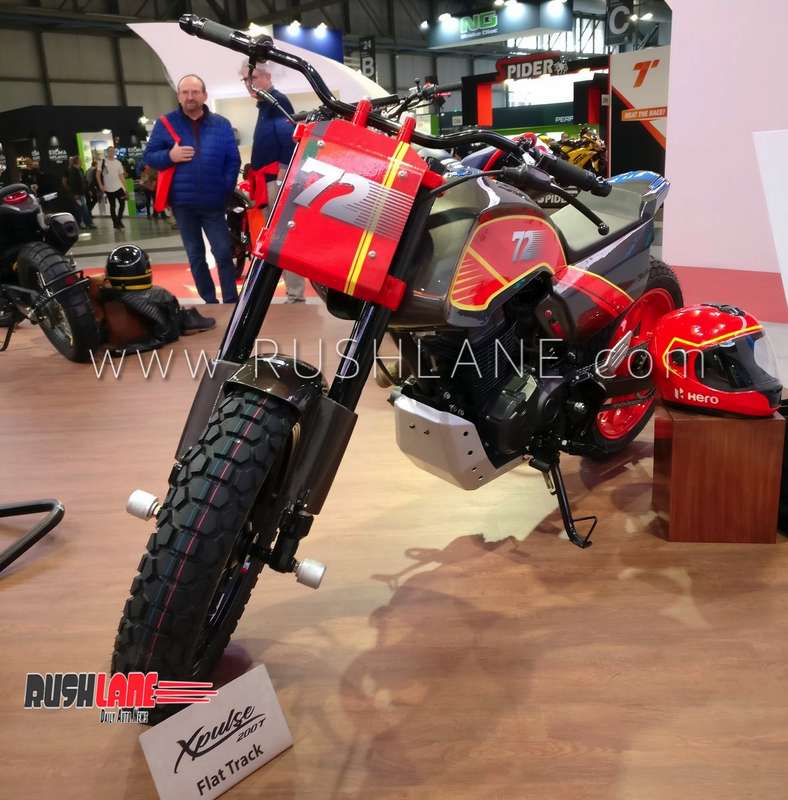 Other features distinctive to the Flat Track concept are a fuel tank that is differently styled and providing more room for rider’s knees. The tyres are flat track specific and exhaust pipe is placed below the rear panel. The bike also receives a bash plate to protect from pebbles on the track.

Again sharing the same engine as seen on the XPulse 200, the Hero MotoCorp Flat Track concept will be powered by a 200cc, oil cooled, single cylinder engine offering 18 bhp power at 8,000 rpm and 17 Nm torque at 6,500 rpm mated to a 5 speed gearbox.

Hero MotoCorp has stated that the company will launch a voting contest to decide which of these concepts will eventually head to production. The concept with the most votes will be produced.