Hero XPulse 200 platform spawns four concepts – Scrambler, Desert, Flat Track and a Cafe Racer. Each of these motorcycles were unveiled at the 2018 EICMA Show in Milan, Italy, though it is not yet revealed which of these will be making it to production. We have spoken about the Desert, Flat Track and the Cafe Racer in earlier posts. In this post we will talk about the Scrambler Concept.

The XPulse 200 Scrambler concept is similar in design to the Desert, but suited for a little less hard core off road riding enthusiasts. It gets wire spoke wheels with a larger front wheel measuring 21 inches. Both wheels get fitted with dual purpose tyres to offer better off-roading experience. 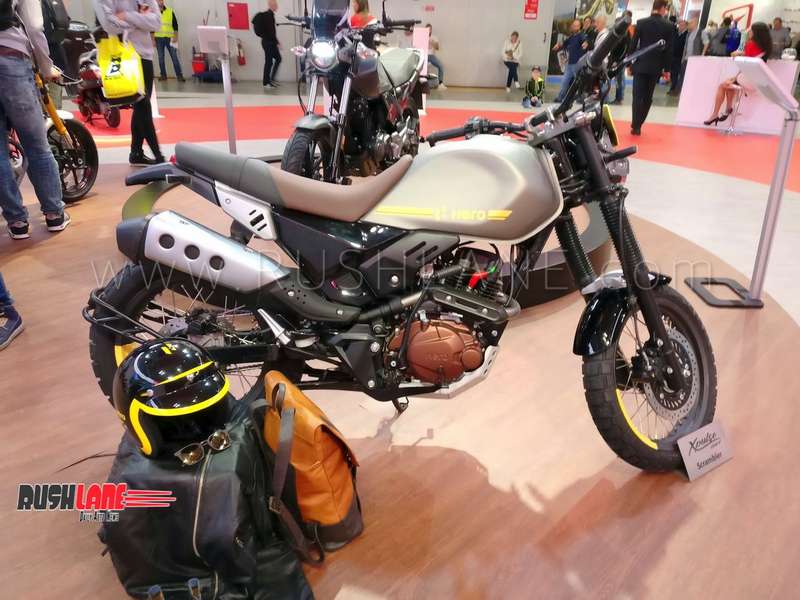 The seat sports a ribbed design for better rider grip and to avoid slipping while riding over inclines. The handlebars are wider and the large rear sprocket offers better low end acceleration which is a vital requirement specially for off-road motorcycles. The Scrambler concept will also be seen with an LED head and tail lamp and an all digital instrument console.

The Scrambler gets suspension via upside down telescopic front forks with extended travel and monoshock at the rear. It also receives a sleek and tall exhaust system. All the motorcycles in the Hero MotoCorp XPulse 200T concept range boasts of different styles even though they are all based on the same platform and are powered by the same engine. 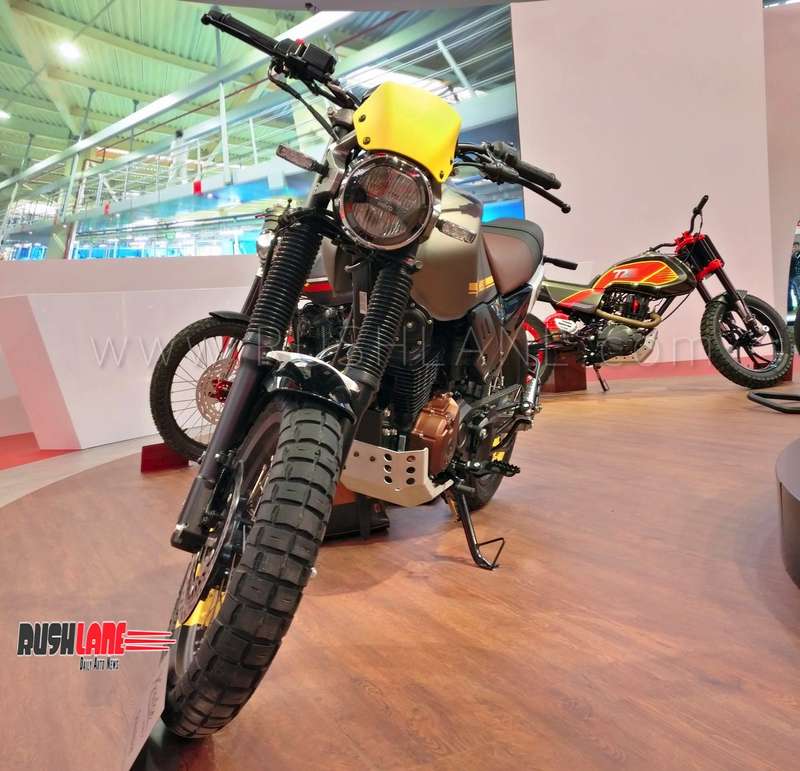 A notable fact is that neither the Scrambler nor the Desert concepts sport knuckle guards which is a special requirement for off-road bikes. However, this feature could be added to the production spec versions which will be similar to that seen on the Hero XPulse 200. The Scrambler concept is also seen with accessories such as a retro endure helmet and leather jacket.

Engine specifications on the Scrambler concept will be similar to that seen on the Hero XPulse 200. This 200cc, oil cooled, single cylinder engine offers maximum power of 18 bhp at 8,000 rpm and peak torque of 17 Nm at 6,500 rpm mated to a 5 speed gearbox.