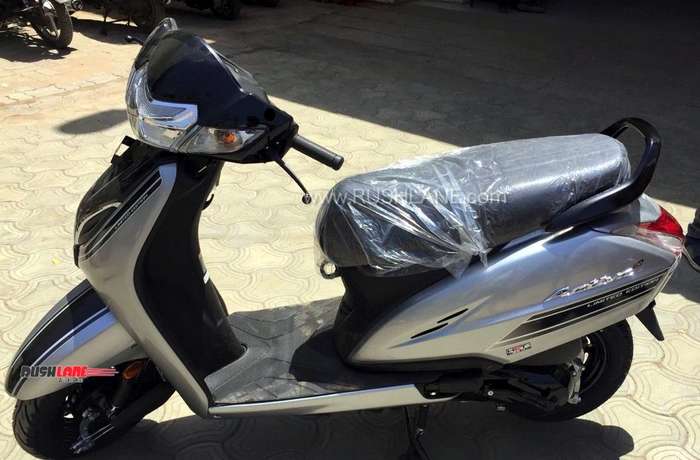 Honda Motorcycle and Scooter India (HMSI) has launched a new limited edition of the Activa 5G scooter. This new limited edition will see new paint schemes in dual tones, body graphics and a marginal increase in price by Rs.400 over the regular model.

Honda Activa is the highest selling scooter in the country. It is offered in STD and DLX variants and its limited edition will be seen in two color schemes that include silver/black and pearl white/gold. The limited edition Honda Activa STD variant is priced at Rs.55,032 and the DLX variant costs Rs.58,897. Bookings of both variants have commenced at dealership. Deliveries have started.

Apart from the new color schemes, the Activa will also get a seat and inside apron finished in brown, blacked out wheels, pinstripes on the front mudguard and a Limited Edition decal on the side body panels. A similar limited edition variant of CB Shine 125 has also been launched. Just like Activa, which is Honda’s best selling scooter, CB Shine is Honda’s best selling motorcycle. Both Activa and CB Shine sales have declined. 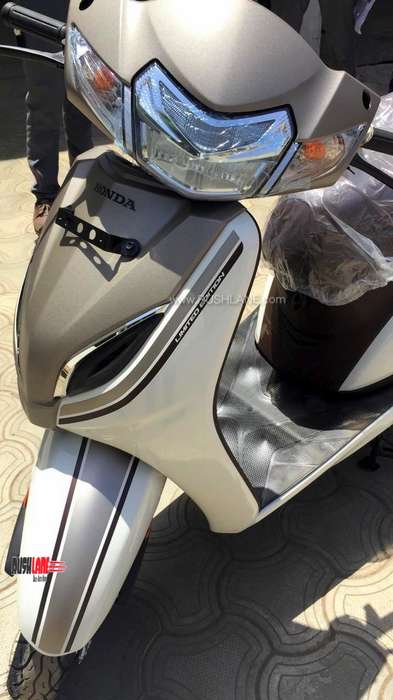 There will be no change in engine specifications. 2019 Honda Activa limited edition will continue to be powered by a 109.1cc engine offering 8 hp power and 9 Nm torque mated to a CVT gearbox. Suspension is handled via trail link set up in the front and monoshock at the rear while braking is via drum brakes.

There is also a BS VI compliant Honda Activa in the making which will come in later this year or early next year, just ahead of the BS VI emission regulation coming into effect. The Activa 6G version will get telescopic suspension in the front and new body works along with a BS VI compliant engine. It will also get new instrument panel.

Honda Activa is the best selling scooter in India. But, the company has been noting a dip in sales in recent months. In the last two months, Activa registered the highest decline in sales numbers. The company hopes that the introduction of limited edition variant will boost sales. The Hondas Activa 5G takes on the TVS Jupiter and the Hero Maestro Edge 110 in terms of competition.