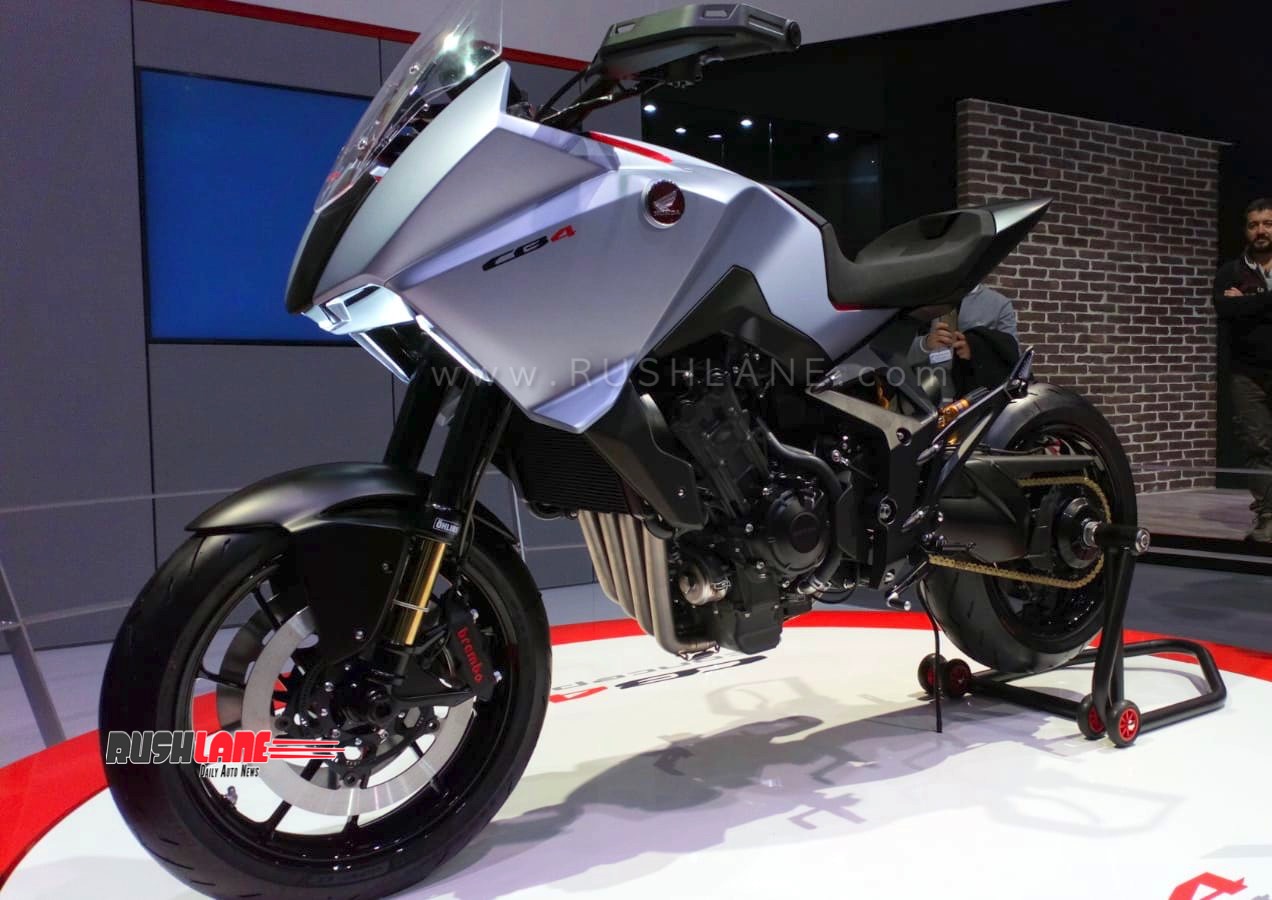 Honda’s R&D team from Rome has been quite active for the last five years, fielding interesting design concepts at every edition of EICMA. At this year’s edition, the Italian wing has come up with a snazzy Honda CB4X adventure tourer concept.

Honda describes the project as experimental machine which is developed under theme “fun seven days a week”. The motorcycle is claimed to be a crossover with healthy blend of Sport and Touring. The motorcycle was designed by Valerio Aiello and his young team of designers.

Without revealing much, Honda says that the concept is powered by an inline four cylinder engine that would offer more than adequate power for a long trip on the weekends and yet be flexible enough for everyday urban grind. 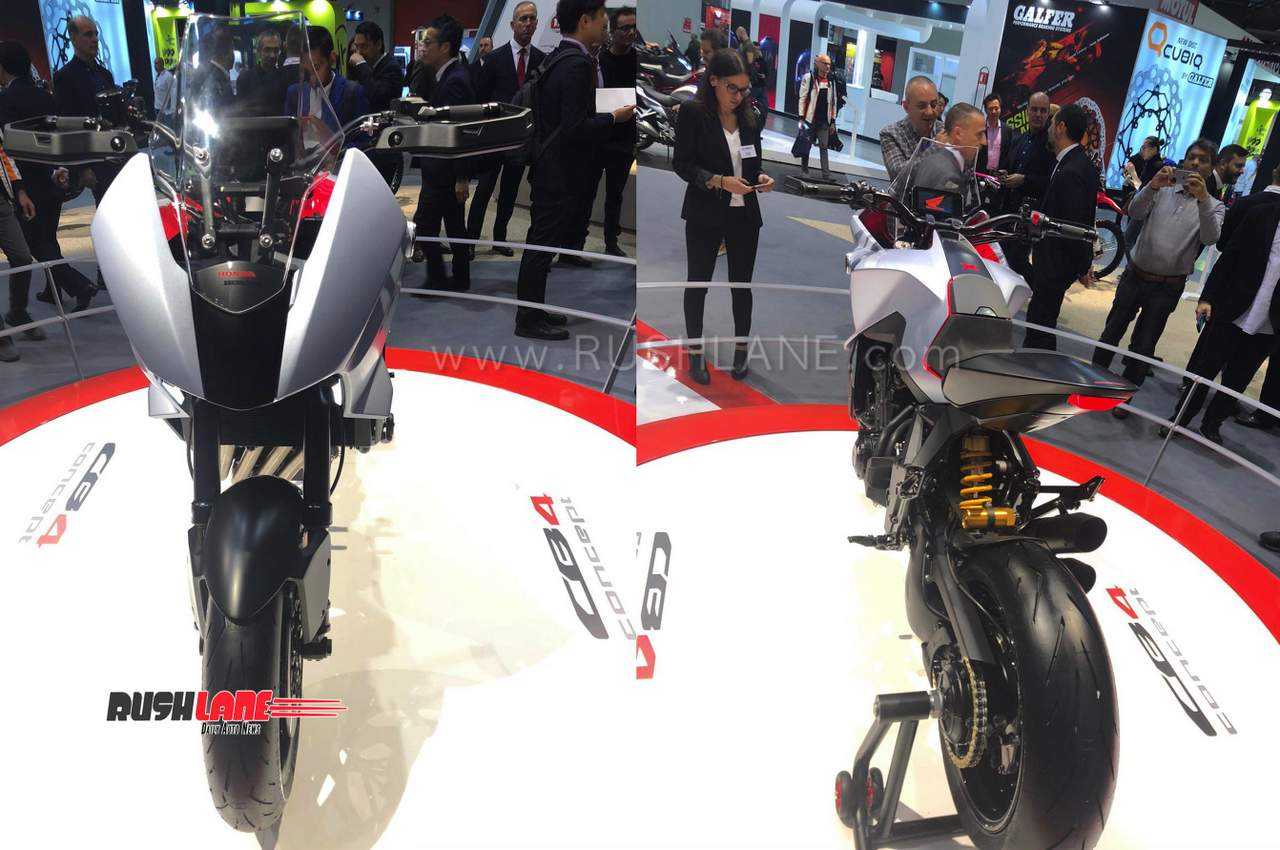 The company describes the unique fuel-tank silhoutte to be inspired by a cobra ready to attack its prey. Complementing the front heavy stance is the sharp semi-fairing with diamond shaped LED headlamp cluster.

On board the new CBR1000RR-R Fireblade, the Japanese motorcycle maker’s popular liter-class four-cylinder powertrain develops a heady 212 hp. If at all the CB4X concept makes it to production, we expect this engine to be adoring its bay albeit in a much saner state of tune.

Honda has not discussed the possibility of a production model anytime soon but we hope to see a derivative achieve fruition. It is to be noted that the company showcased CB4 Interceptor concept a couple of years ago which is yet to see the light of day. That said, if the concept garners good positive response, Honda could explore the possibility of a commercial launch.

A production version of the Honda CB4X would competition with the likes of Yamaha Tracer 900, Kawasaki Versys 1000, Ducati Multistrada and so on. Honda has also unveiled the updated Rebel 500 and 300 cruisers at the ongoing motorcycle expo.

Stay tuned as we bring you all the live updates from the show floor.