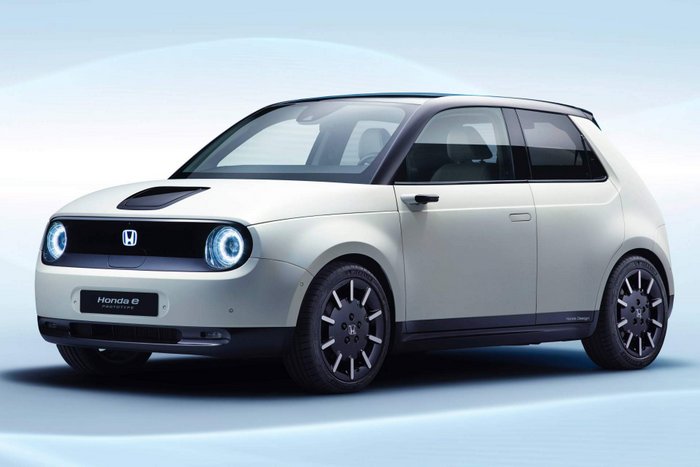 There is some big news which has come in from Honda’s stable! Honda has now officially confirmed the name of its first city EV, it will be called the Honda e. The small EV is actually based on the Urban EV concept which was displayed for the first time by the Japanese car manufacturer at the 2018 Frankfurt Motor Show. The same concept was showcased in near-production form at the 2019 Geneva Motor Show, earlier this year.

Even though technical specifications of the final product haven’t been officially revealed, reports now confirm that Honda e will pack a total of 99hp and 300Nm of torque under its hood (Not literally! It is an EV!) Overall range of the EV will be 201km and just like most modern EVs, it will also have fast-charging capabilities, which will help it replenish 80% of its power in just 30 minutes. It will draw power from under-floor batteries which will be produced by Panasonic.

In the international markets, Honda e will land up competing with the likes of BMW i3 and Kia e-Niro. However as far as range capabilities are concerned, e-Niro can cover 453km, i3 can cover 310km, both of which are considerably higher than Honda e’s range of 201km.

Honda will be manufacturing the Honda e in Japan but the small EV will be sold across the globe, with initial focus on select European markets. Honda hasn’t revealed any details if it plans to bring Honda e to India or not. However, considering the current condition of infrastructure and regulatory policies in the country, we believe that India will mostly be missed in the list of initial markets for Honda e.

Another important news revealed by Honda is that they will launch the next gen Jazz with hybrid powertrain. It will be bigger than today’s Jazz, feature updated styling, and technology. Debut will take place at the 2019 Tokyo Motor Show later this year. India launch will take place next year. Honda has already started testing EV tech in India.

Talking about launches from Honda’s Indian arm, it had recently launched Civic earlier this year. It has also confirmed that it will be bringing in the HR-V to India by end of current year, a move which will help it to take on the likes of Hyundai Creta and Tata Harrier.