After missing out in the race of launching the first FI scooter of India to Hero (new Maestro scooter), Honda Motorcycle and Scooter India does not want to lose on the BS6 front. Yes, Honda has announced the launch of new two wheeler on 12th June 2019, which will officially be the first ever BS6 two wheeler.

Honda has not revealed that it will be a scooter or a motorcycle. The invite shared by Honda India reads – “Honda 2Wheelers India invites you to be a part of A Quiet Revolution as it is ready to announce the FIRST BS-VI two wheeler.” The invite also says, “Please hold a pin drop silence.”

If Honda had not mentioned in the invite that it is the first BS6 two wheeler of India, the second part of invite could have implied that it is an electric scooter, thanks to the pin drop silence analogy. So what exactly is getting launched on 12th June?

Over the last few months, Honda has been spotted testing a new variant of the Activa, which is not only their best selling scooter brand, but also the best selling scooter in the country. It is possible that Honda launches the Activa 125 on 12th June. Or will it be something else? As far as rumours are concerned, there is a possibility that Honda launches an all new scooter, Elite 125 on 12th June.

This all new scooter is believed to be the Honda Elite 125 FI, which is already on sale in many countries outside India. It comes with Honda’s trademark PGM-FI Electronic Injection tech and a 125 cc engine which meets BS6 compliance. Thanks to the high level of refinement due to BS6, Honda has referenced the same to pin drop silence in the official invite.

Speaking about the Honda Elite 125 FI BS6 scooter, it comes with a sharp and edgy design, with 4 colour options of Red, Blue, White and Black. It gets 12 inch alloy in front (90/90) and 10 inch at the rear (100/90), wrapped in tubeless tyres. Front gets disc brake while rear gets drum brake. It also gets CBS (combined brake system), which is now mandatory by law in India. It gets a fully digital instrument panel, LED lights, enough under-seat storage space to store a helmet, etc. 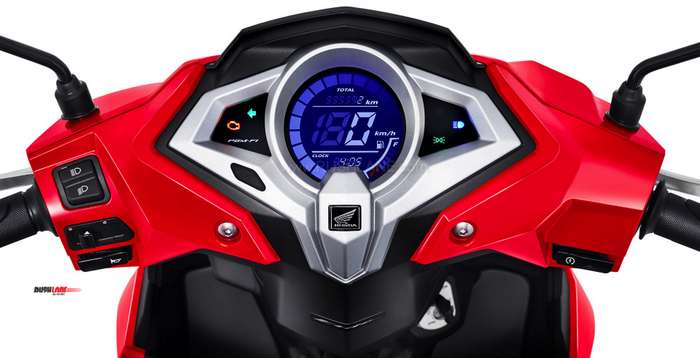 If it is the Activa 125, which is launched as the BS6 on 12th June, features and dimensions will remain same as the current Activa 125. Thanks to BS6, FI and the addition of new features, the new scooter will very well become the most expensive Honda scooter to go on sale in India.