Honda Cars to restructure production at their plants in India

The heat of the slowdown across the automobile industry is spreading like wildfire. Automakers have been experiencing this kind of scenario over the past 11 months and the future does not seem too bright as well. Many automakers have restructured operations, slammed brakes on further production and shut plants for a few days to ease out piling stocks.

Honda Cars India is no different. HCIL has sales have almost halved in the past four years. Economic Times now reports that the company is considering a restructure of its manufacturing operations and cost cuts which could also mean a closure of one of its two plants.

Honda Cars has two manufacturing plants in India. One is situated in Greater Noida, in UP while the other is in Tapukara, Rajasthan. The former is their first plant, while the second one is the new one. Together, the two plants have production capacity of 2.8 lakh cars annually. 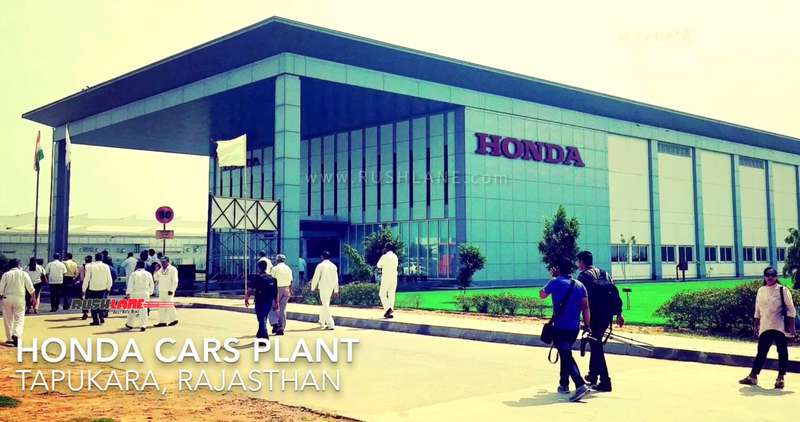 In August 2019, Honda reported a 51.28 percent de-growth in domestic sales at 8,291 units as compared to 17,020 units it sold a year ago. The 6 months period from April to September saw sales decline 35 percent to about 60,000 units. Sales have dipped almost 50 percent over the past four years and hence the closure of one of its two plants is on the cards.

Also, the company can no longer claim tax cuts as they have been at the location for over a decade. Additionally, the plant where it is located is now becoming a residential town – this makes it difficult for the movement of inventory / raw materials in and out of the plant.

As per the report, Honda plans could include shifting of production operations from its Greater Noida plant to the plant in Rajasthan, where they can increase production if needed. The company could also sell the land it had acquired in Gujarat a few years ago, as there is no immediate need to setup a 3rd plant.

The plant in Greater Noida could be used exclusively for R&D and for small CKD operations. This is in view of operations at the said plant which has an annual capacity of 1.2 lakh units which has come down to just 2,500 units produced last month. While capacity utilization has dipped 20-30 percent cumulative production is slated to dip as much as 40 percent.

In their reply, the company has stated that while sales have suffered immensely, optimization of production volumes between the two plants is being done to match sales situation and has nothing to do with shutting down the plant completely. As per the ET report, the plan to move production to Tapukara has been in the planning stage for the past two years.