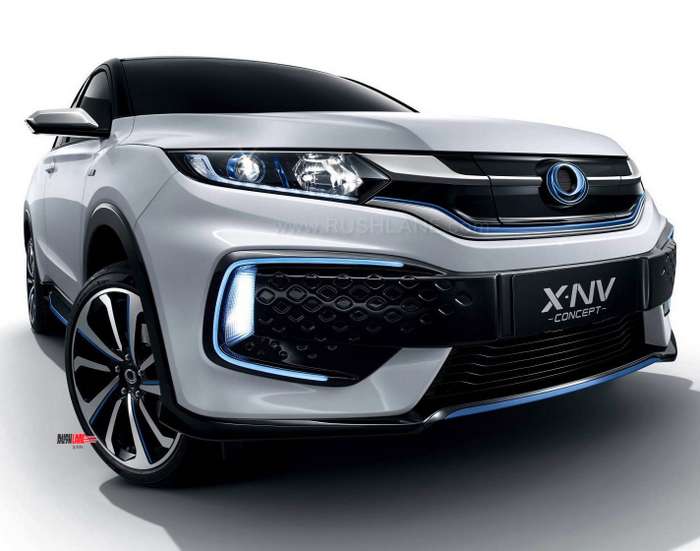 Honda has unveiled the XNV concept at 2019 Shanghai Auto Show. This is a concept version of production spec Honda XRV, which is also known as Vezel / HRV in other parts of the world. In China, it is called XRV. Concept XNV is developed jointly by Honda Motor China Technology Co., Ltd. and Dongfeng Honda in China.

Honda X-NV Concept is based on the XR-V which is also produced by Dongfeng in China. It could borrow its electric powertrain from the Everus VE-1. Scheduled to go on sale from the second half of 2019, the X-NV is a part of more than 20 electric models being planned by Honda in China by 2025.

Despite the fact that Honda X-NV is based on the XR-V, it gets its exclusive front and rear design. It is seen with blue accents across its bumpers which is mandatory for zero emission vehicles in China, single louvre grille, cluster tail lamps and a tailgate with reflectors in the corner. No details of its interior design were revealed as the company chose to conceal its interiors with black glass finish all around. 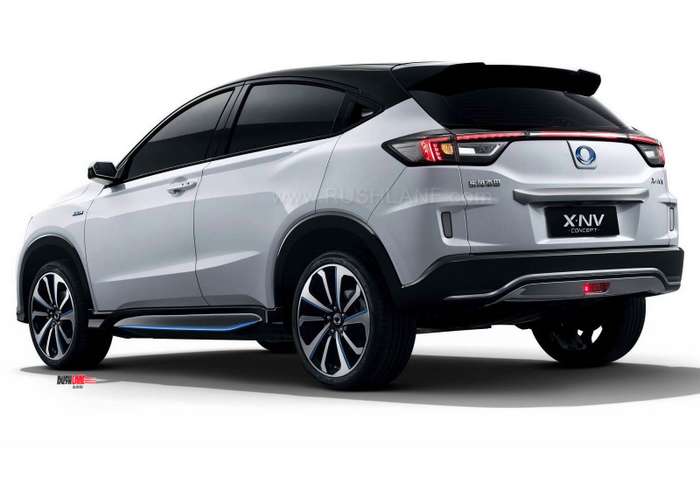 Though officially revealed, no powertrain specifications were released. However, estimates reveal that the Honda X-NV could get a powertrain similar to the VE-1. This includes a 161 hp and 280 Nm electric motor, paired with a 53.6 kWh battery which could offer a driving range of 340 km on the NEDC cycle.

The concept on display seems to be in a near production format with sale to commence from later this year. It will be the first mass produced electric vehicle from Dongfeng Honda in China. More details of the X-NV Concept will be revealed closer to the launch of the production version later this year.

In the meantime, Dongfeng Honda has started operation of its third plant in China. This plant, in the Central Chinese city of Wuhan. It has been designed for the production of electric cars so as to meet rising demand in the country. This plant will have capacity for production of 1.20 lakh cars per annum with capacity to be increased to 2.40 lakh units in the future. 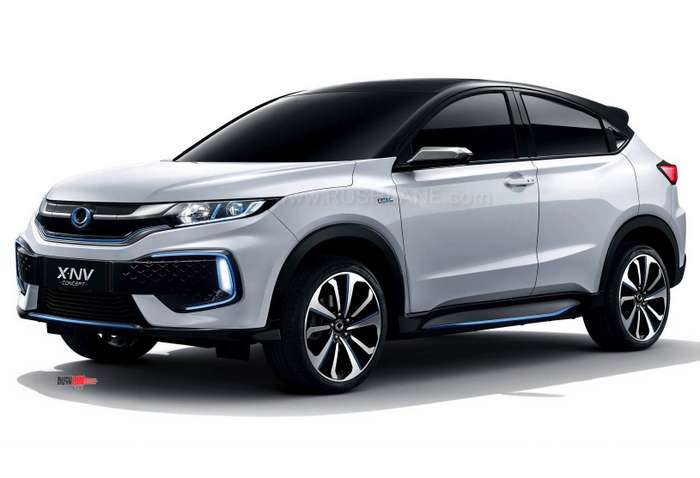