A deadly crash took place in Norangdesar, near Bikaner, Rajasthan where a car crashed into an overloaded rickshaw. Driving the new Maruti Swift was a 28 year old Indian Naval officer, Dev Pratap. Along with him in the car was his 25 yr old wife, Priyanka Pratap.

The Maruti Swift in question is an entry level petrol VXi variant and is registered in the name of Shri Ram Milk Chilling Center at Faridabad, Haryana. It is powered by a petrol 1.2 liter engine. It comes with airbags and ABS as standard. It was purchased in March 2018. 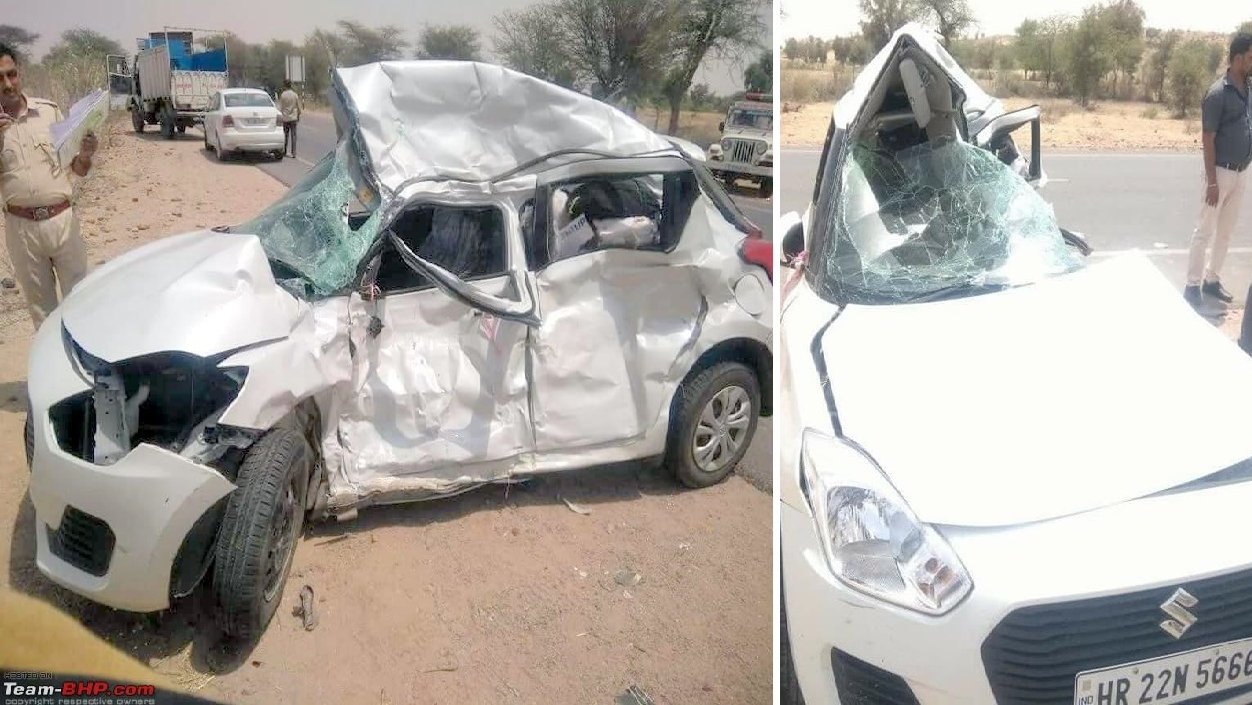 As per the report by Team BHP and Rajasthan Patrika newspaper, the couple was having a fight in the car. This was noted by an ambulance driver travelling behind them. Soon the ambulance driver told the car driver not to fight.

Not listening to the ambulance driver, the car driver in his anger decided to speed up. When at high speed, the driver lost control and the car started to sway on the road. 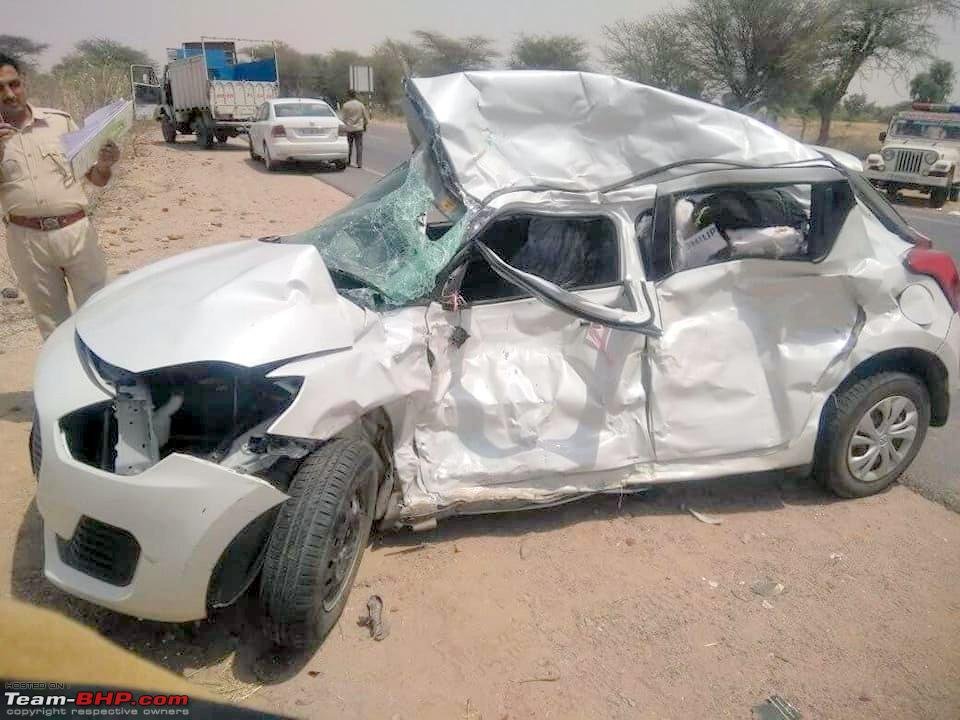 There were 8 more people who were injured. All were taken to a nearby hospital in an ambulance. Local police inspector, Sawai Singh Godara has revealed that the crash took place due to husband and wife fighting in the car. FIR has been registered against the deceased driver for negligent and rash driving. The officer was stationed in Phalodi, Jodhpur.