Husqvarna Vitpilen 701 Aero, a retro classic cafe racer concept with semi fairing, is on display at the ongoing EICMA 2018 in Milan, Italy. Based on the production-spec Vitpilen 701 street fighter, the concept is an exercise aimed at demonstrating the brand’s design capabilities and possible body styles for the future.

Though the Vitpilen 701 Aero carries forward the hardware from its production-spec sibling, the bodywork is all new. The unique front fender, curvy fairing, radiator shrouds, and the floating tailpiece are all optimized for superior aerodynamic performance. The long wheelbase, disc type rear wheel, and low-set clip-on handlebars (makes for a forward crouching riding position) further aid in improving the motorcycle’s aerodynamics. 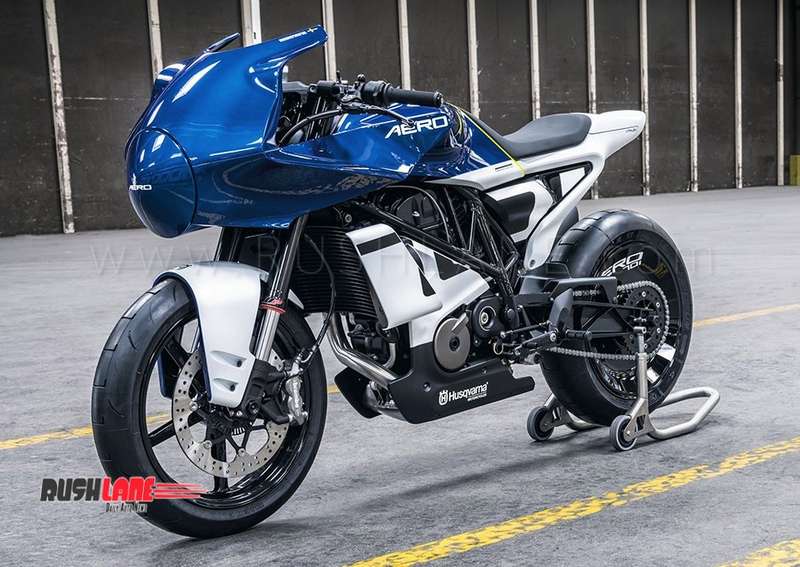 Going by its configuration, the Husqvarna Vitpilen 701 Aero is not intended for production, at least not in its current state. However, knowledge the company accumulated during the development and testing of this concept could be put to use in the brand’s future models.

The Vitpilen 701 Aero, like the regular bike, shares its platform with the KTM Duke 690. This means, the engine is a 692.7 cc single-cylinder liquid-cooled unit which pumps out 75 PS and 72 Nm of torque. Transmission is a 6-speed unit. No performance specifications have been released but the aerodynamic modifications should result in a higher topspeed.

While it is still unclear whether the Husqvarna 701’s (Vitpilen and Svartpilen) are coming to India, the smaller 401’s based on KTM Duke 390 platform are expected to be launched in our market in the coming months. KTM’s sister brand would help Bajaj offer wider choice in the burgeoning medium displacement motorcycle market.