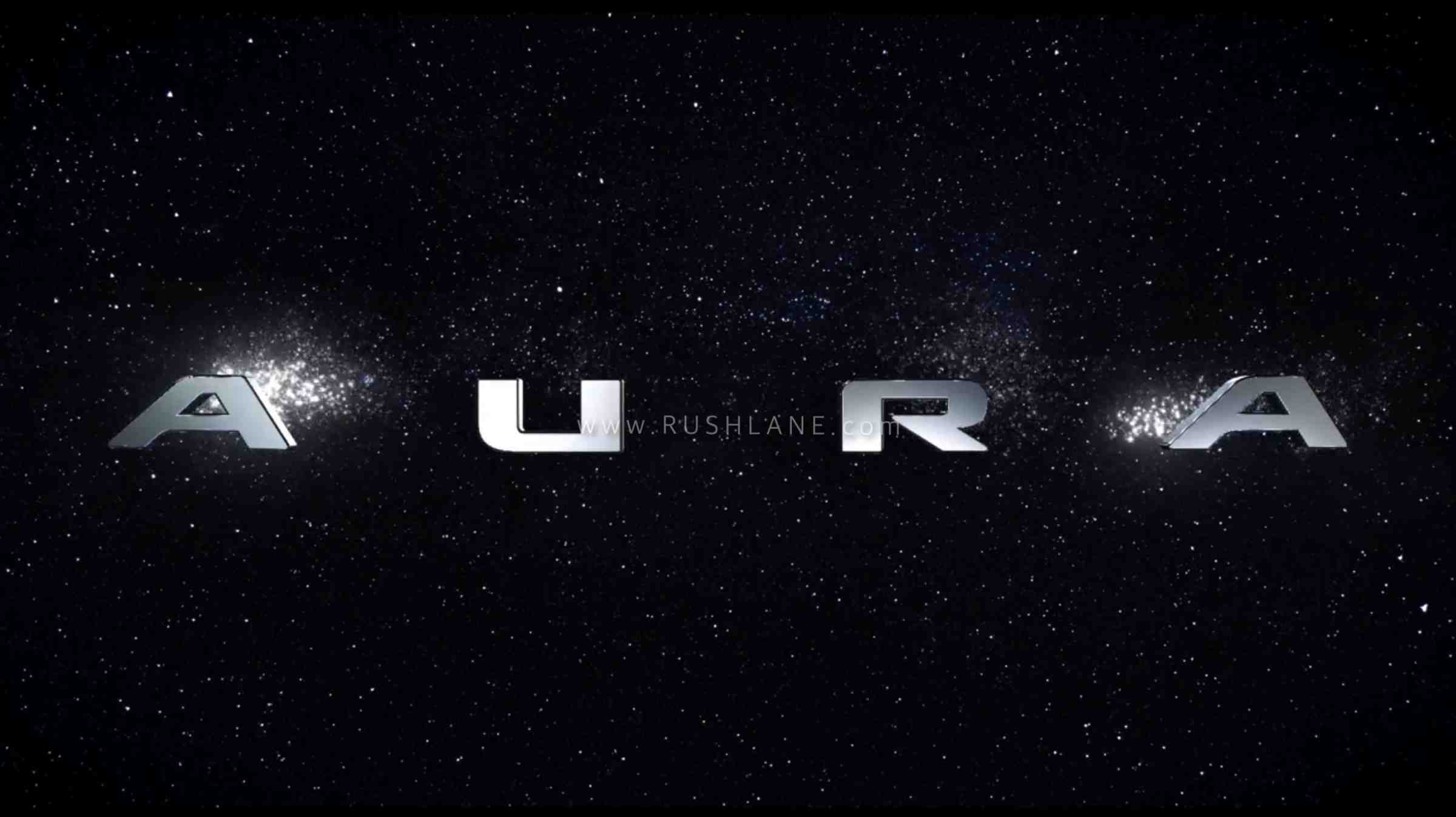 In the past few months, a sub 4 meter sedan from Hyundai has been on test. Spotted multiple times, it was believed to be the new generation Xcent, as it was a sub 4 meter sedan. Today, Hyundai India has shared first official teaser video of their new upcoming sedan, and it confirms the name – it is called Hyundai Aura sedan.

2020 Aura sedan is expected to receive leather wrapped steering wheel, bolstered seats in the front with convex shaped headrests and rear seats with added back and thigh support. Below is the first teaser video of the new gen Hyundai Xcent, which is called Hyundai Aura.

Its features would include the similar boomerang shaped LED DRLs, a honeycomb front grille, chrome door handles, revised C shaped tail lamps with LED inserts and a license plate which is now positioned on the bumper. The Aura will also receive 15 inch alloy wheels in a dual tone colour scheme, ORVMs with integrated indicators and a shark fin antenna.

The dashboard layout will be similar to that seen on the Grand i10 NIOS while infotainment will be via an 8” touchscreen infotainment system with Apple CarPlay and Android Auto. Features will also include automatic climate control, wireless charging, rear AC vents, engine start/stop button and driver seat with height adjustment.

Hyundai is expected to offer the new Aura with the same engine lineup as is seen on the Grand i10 NIOS. For a start, only the 1.2 liter petrol engine will comply with BS VI norms while the 1.2 liter diesel engines would be upgraded just ahead of the deadline coming into effect from 1st April 2020. The engine will also get new AMT options along with being mated to a 5 speed manual transmission.

The 2020 Hyundai Aura could be priced marginally higher as compared to the current generation model between Rs.6-9 lakhs, as against the current Hyundai Xcent which is being offered in a price range of Rs. 5.81- 8.79 lakhs. Post launch of Aura, Hyundai will not discontinue the Xcent, as it is expected to be on sale exclusively for fleet operators.

Once launched, the 2020 Hyundai Aura will continue its rivalry against the Maruti Suzuki Dzire, Honda Amaze, Ford Aspire and VW Ameo in the sub-4m sedan segment.