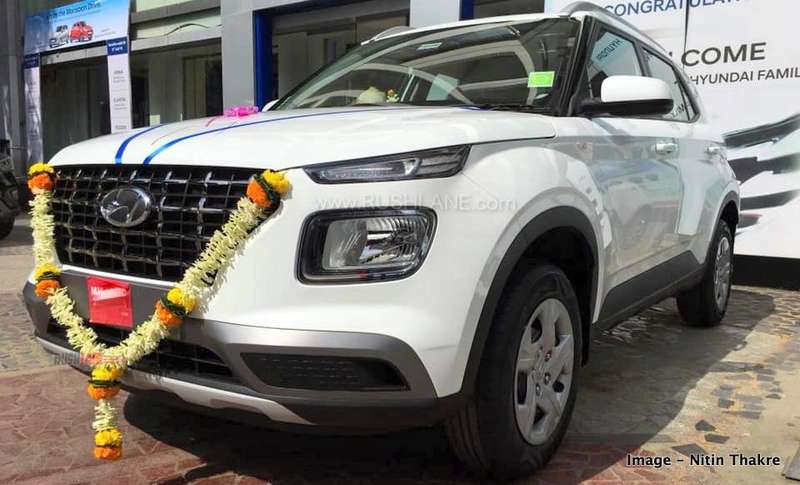 Hyundai Motors India registered total sales in domestic market during the past month stood at 39,101 units. This was lower by 10 percent than sales in July 2018 when figures stood at 43,481 units. Sales in the past month were also lower by 7 percent as compared to sales of 42,007 units in June 2019.

Hyundai Venue sales stood at 9,585 units. The sub 4 meter SUV was launched in May 2019 and immediately shot to fame in the Indian market. The Venue has seen over 60,000 bookings and 18,000 deliveries – overtaking the Maruti Suzuki Vitara Brezza to become the country’s best selling SUV for July 2019. It was the No 1 selling Hyundai for the month. 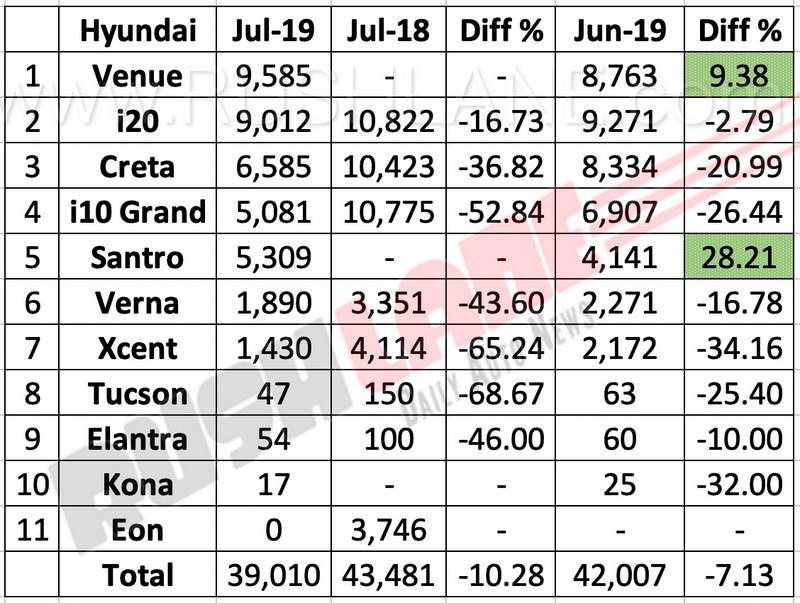 Taking the 5th spot in the list is Hyundai Santro. Though sales have not been as per expectations of this new generation Santro, Hyundai managed to sell 5,309 units last month. Hyundai i10 Grand sales fell 53 percent to 5,081 units as compared to 10,775 units sold in July 2018 while sales in the past month were also lower by 26 percent as compared to 6,907 units sold in June 2019.

Hyundai Tucson noted the highest de-growth in the company lineup. Sales in July 2019 dipped 69 percent to 47 units as compared to 150 units sold in the same month of the previous year while sales in June 2019 stood at 63 units. Elantra was the least selling Hyundai car for the month. It registered sales of 54 units, as compared to 100 units in the same month last year.