RUSHLANEDAILY AUTO NEWS
HomeCar NewsHyundai Creta's LED grille with turn indicators is getting all the attention...

Car Chic Automotive, an Indian after-market automotive accessories provider have come-up with a new ‘Blaze Grille’ for the 2018 Hyundai Creta. The Blaze grille uses LEDs to provide interesting lightning patterns and is currently listed on Car Chic Automotive’s website and can be purchased for Rs 14,999.

In appearance, the 3-slat grille looks similar to the one on the regular Creta however, this one comes with dynamic LED lighting effects, which are tuned in-sync with the indicators of the SUV. The SUV is also seen with modified LED DRLs near the fog lamps. 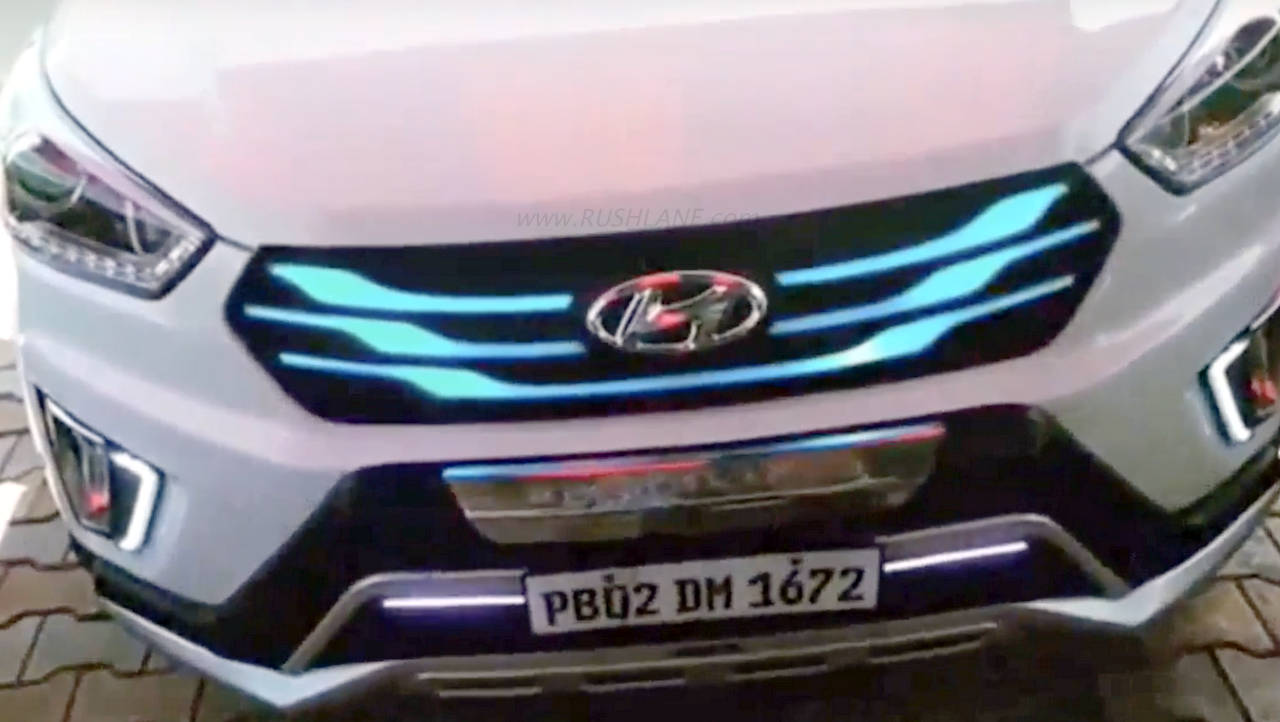 With the ignition on, the new Hyundai Creta Blaze grille provides a blue lighting effect. However, once the turn indicators are turned on, one part of the grille goes blank and the other one displays a dynamic lighting pattern, indicating a turn in the respective direction. When the hazard lamps are turned-on, the complete grille lights-up in conjunction with the indicators of the SUV.

Though originally priced at Rs 17,999, the Creta Blaze grille is currently being offered at Rs 14,999. This cost doesn’t include installation costs, which one might have to bear additionally to get the installation done from a regular auto-repair shop.

The listed product on the website doesn’t include the DRLs shown in the above video, which we presume might have a separate cost. The whole set-up seems to be an interesting alternative for Creta owners who would want their new Creta to stand out from the crowd, considering that there are around 10,000 Cretas which join the Indian roads every month.

The Hyundai Creta had recently received a face-lift in May 2018 and it has helped it to become the highest selling SUV in the country, as per June’18 sales figures. The love from the Indian consumers for the SUV has been consistent from its launch in 2015, resulting in over 4,20,000+ units on Indian roads.

Currently, the Creta leads by a huge margin in its segment which includes other players like Jeep Compass, Mahindra XUV500, Renault Captur and the upcoming SUVs from Nissan and MG Motor.