Ahead of launch in India, production of the 2020 Hyundai i20 has already started at the company plant. Today, Hyundai India has officially announced that bookings for the new gen i20 will start from 28th Oct, 2020. For an amount of Rs 21,000 you can book the new i20 either online via company website (https://clicktobuy.hyundai.co.in) or can visit any authorized dealership.

Hyundai India states, “Hyundai announces the opening of Bookings for the all-new i20 at Rs 21,000. The date for launch has been set at November 5, 2020. The all-new i20 will come with Magna, Sportz, Asta and Asta (O) variants in Petrol, Diesel and Turbo Petrol BS6 engines with transmission options such as IVT, 7DCT, iMT and Manual Transmissions

“Hyundai has showcased it’s manufacturing excellence through the origins story of the all-new i20 that portrays a Robust Superstructure, Impeccable Appeal, Vibrant Charisma, Dynamic Performance and Paradigm of Quality. Developed as a Masterpiece of Human Centric Engineering the all-new i20 is set to offer customers quality time for a happy life.” 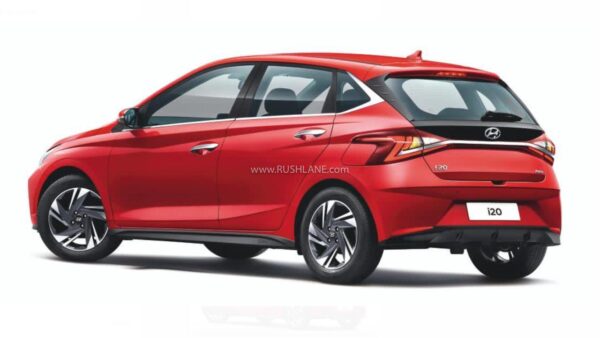 The third gen i20 premium hatchback will replace the current Elite i20, which is one of the largest selling models in its segment. Spy shots of the model on test sported some visible exterior changes. It is based on the company’s ‘Sensuous Sportiness’ global design language that brings harmony between four fundamental elements of proportion, architecture, styling and technology.

Exterior updates include a lower nose, hexagonal shaped front grille finished in a gloss black color scheme, triangular air vents, projector head lamps with LED DRLs, LED turn indicators and ORVMs along with Z shaped LED tail lamps. The new i20 will sit on 5 spoke, 16 inch diamond cut alloy wheels and will get a chrome strip running across its bootlid.

It will also receive a bumper mounted number plate recess, rear washer and wiper along with a shark fin antenna. The exterior colour schemes will include single tone and dual tone options of Polar White, Fiery Red, Typhoon Silver, Titan Grey, Sunburn Sway (Orange), Starry Night (Black). The two colours of white and red will also be offered in dual tones with a contrasting black roof for a sportier appeal. 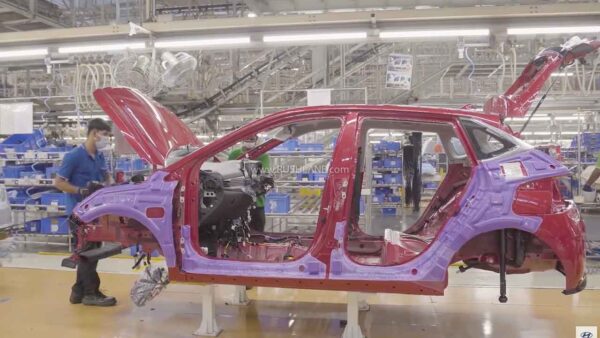 Engine borrowed from the Venue

As was seen with its earlier counterpart, the third gen Hyundai i20 will continue its rivalry against the Honda Jazz, Tata Altroz, Volkswagen Polo, and Maruti Baleno. Where pricing is concerned, the new i20 could be priced between Rs. 5.5 lakhs and Rs. 10 lakhs.