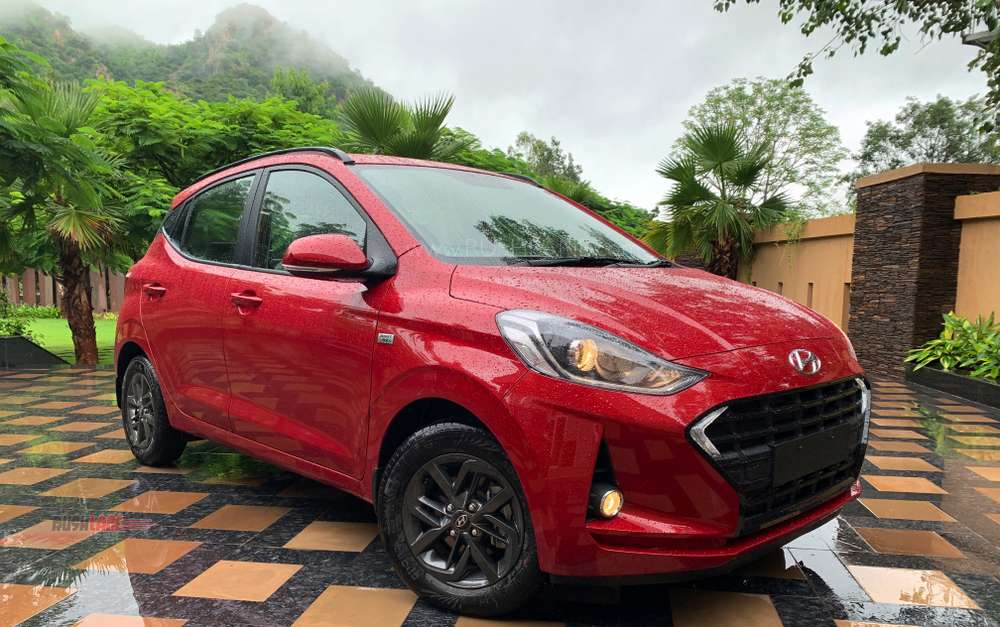 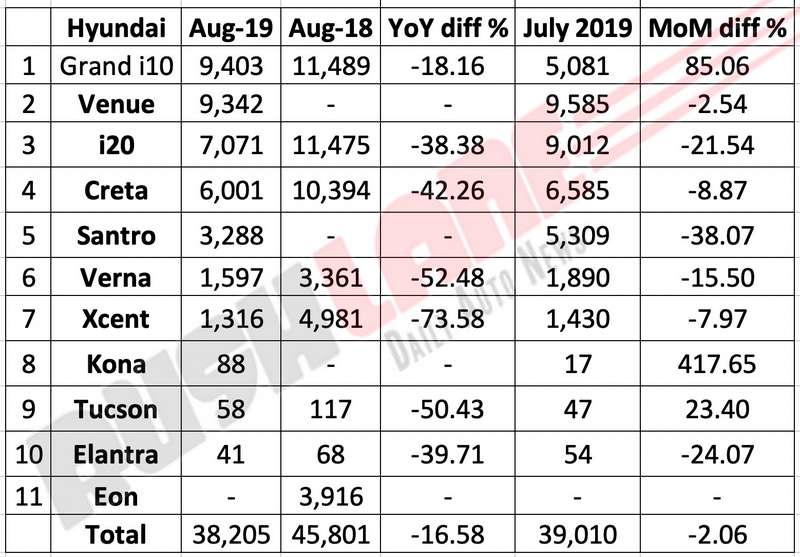 Hyundai Creta, which had regularly featured in the top 3 for Hyundai, has now slipped to 4th spot. Creta sales dipped to 6,001 units, declining by 43%. This was mainly due to the launch of rival Kia Seltos in the segment.

Hyundai Elantra sales dipped 40 percent to 41 units in August 2019 as compared to sales of 68 units in August 2018. Sales of 54 units in July 2019 also went down 24 percent in the past month. Hyundai has revealed that the new Elantra will be launched on 3rd October. Bookings are now open in India.

Hyundai Motors India also kicked off the festive season in September 2019 with discount schemes in the form of cash and exchange offers extend to the Santro, Grand i10, Xcent, Creta, Elite i20, Verna, Elantra, Tucson. However, there are no discounts offered on the purchase of the Venue and Kona.