The Hyundai i10 Grand, i20 and Venue proved to be good sellers in the past month thus allowing the company to post increased sales in an otherwise precarious market scenario. The South Korean automaker sold a total of 44,600 units in the past month, an increase of 2 percent as against sales of 43,709 sold in November 2018. While domestic sales increased marginally, exports took a sharp incline to 15,900 units, growth of 25.2 percent as against 12,702 units exported in November 2018.

Sales of the i20 Elite also stayed more or less the same in November 2019 with 10,446 units sold when compared to sales of November 2018 when 10,555 units were sold. However, this model had shown more promise in October 2019 with 14,683 units sold, probably due to added sales during the festive season. 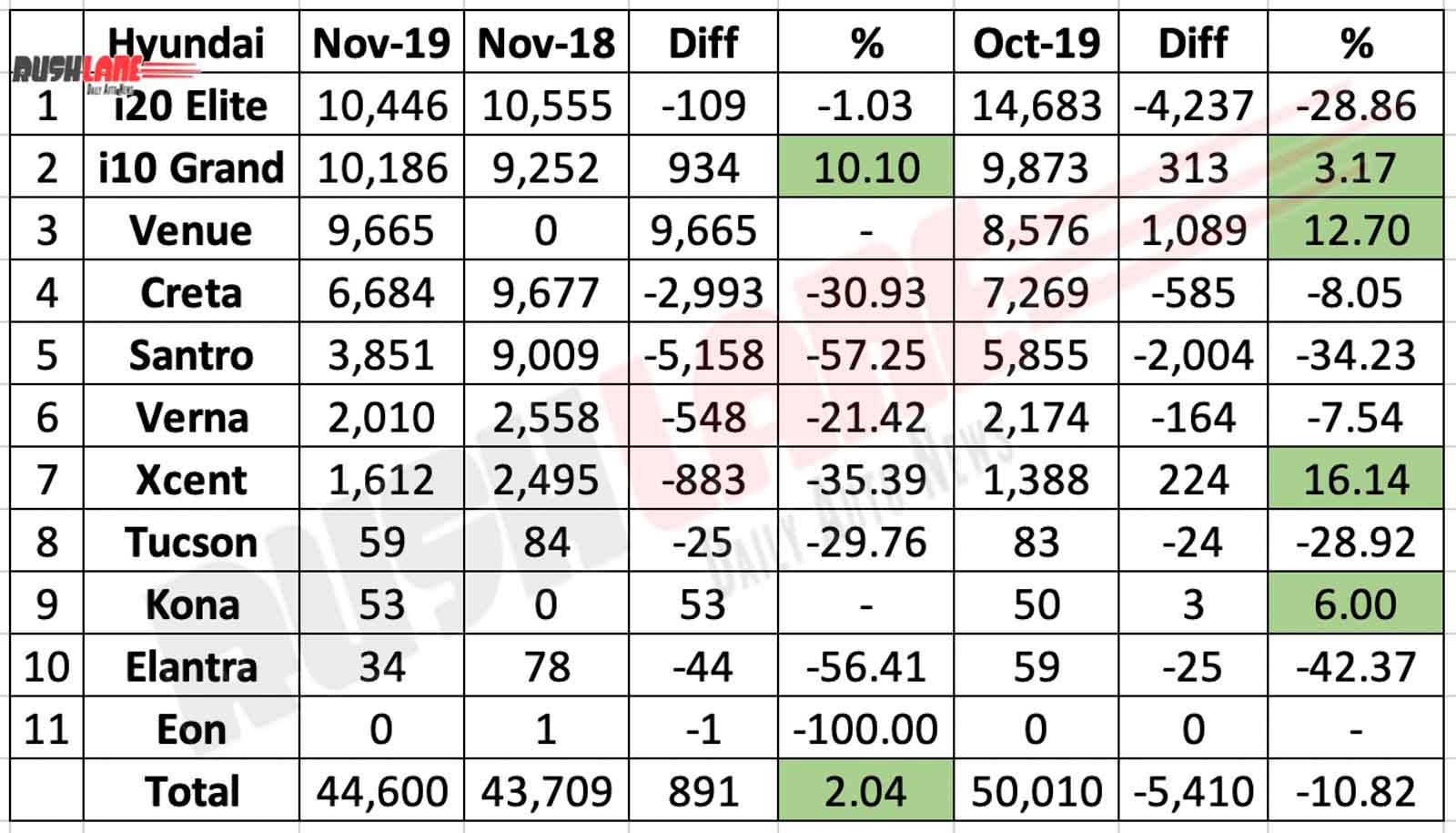 The Hyundai Santro hatchback, re-launched in October 2018 has noted sales of 3,851 units in the past month. This was a 34 percent decline as against 5,855 units sold in October 2019 and a significant dip as compared to 9,009 units sold in November 2018, the first full month of sales after it was launched.

The 2020 Hyundai Creta is also set for launch at the Auto Expo in February and will replace the current generation model. The current Creta has been noting falling sales which had stood at 9,677 units in November 2018 but dipped to 7,269 units in October 2019 and down further to 6,684 units in the past month.

Venue continued its strong performance with 9,665 units sold in Nov 2019. Ever since the launch of the Hyundai Venue in May 2019, the company had sold over 60k units. Most buyers opt for the variant with BlueLink connected car technology which is offered with the SX DCT and top end SX(O) trims.

The Verna also added 2,010 units to November sales while sales of the Elantra and Tucson stayed low. Hyundai launched the new Kona electric priced between Rs.23.71 and Rs.23.90 lakhs. The Kona Electric receives a 2.8kW portable AC charger which can be plugged into any 15A wall socket for a full charge in 19 hours. 3hr of charge is good enough for a 50km drive.