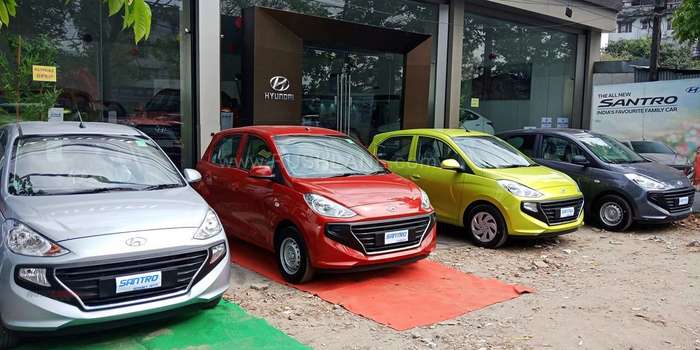 Hyundai had launched the all new Santro last year. The car was completely new and had nothing to do with the original iconic hatchback, except the fact that it shared its name with the former. Now, barely few months into the market, the Korean auto-maker has decided to rejig Santro’s line-up.

The changes include discontinuation of its cheapest D-Lite and Era trims and an introduction of an Era Executive trim. The Era Executive grade makes a far better proposition than the D-Lite which lacked most basic necessities one would expect out of a hatchback at the given price point. The Era Executive trim gets front power windows, air conditioning system and body coloured bumpers (D-Lite had black bumpers).

The Magna variant too has witnessed some new changes. Now, petrol and CNG manual models are going to get audio systems with Bluetooth connectivity and steering mounted controls. It is to be noted that earlier the music system was available only on the Magna AMT and not with the manual models. 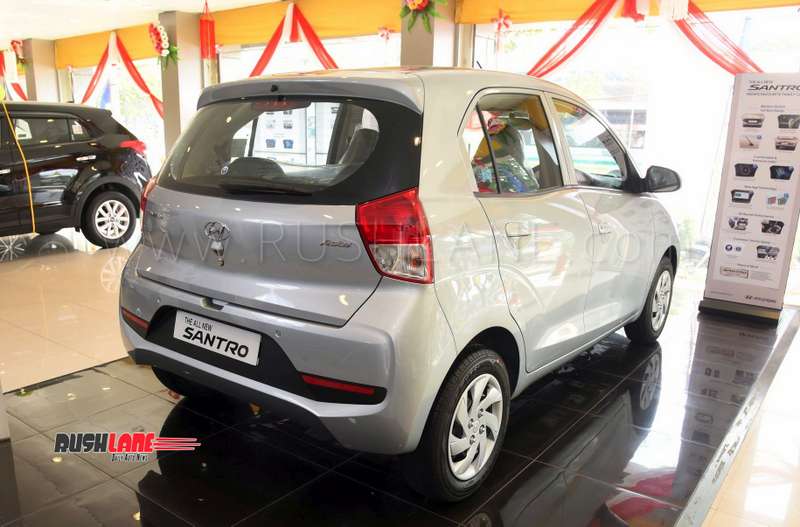 The Sportz AMT trim has also received some additional gizmos. Now, it will get a rear-view parking camera, a front-passenger airbag and front seatbelt pre-tensioners. However, there are no changes on the manual model. Apart from these reported changes, there are no other mechanical/cosmetic change which are expected to be seen in the car.

The Santro still misses out on the rear-parking sensors in all trim levels, save for the top-spec Asta grade. This is expected to change though, once the safety norms in India become more stringent. Hyundai will have to equip the entire model range with rear parking sensors, seatbelt reminders for driver and front passenger and a speed alert system. At the moment, on the safety front, Hyundai just offers a driver side airbag and ABS as standard across the range.