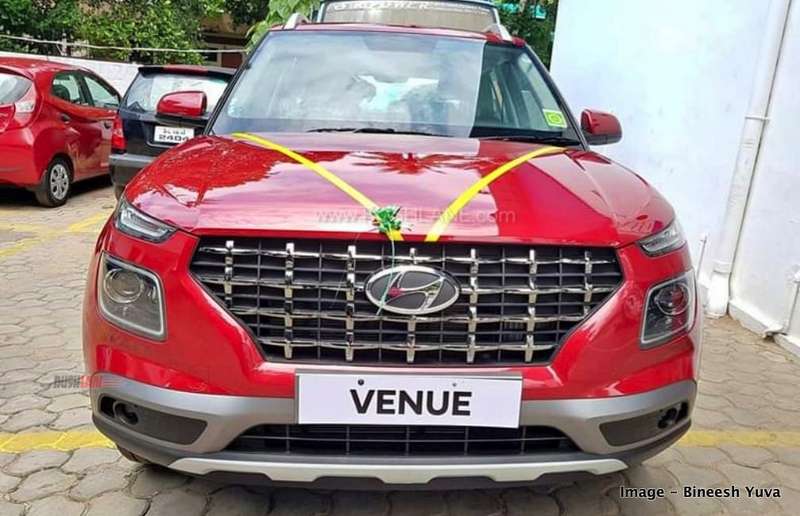 The Hyundai Venue has become a leader in the compact SUV segment in July 2019, outselling all its rivals, including the Maruti Brezza. Sales of the Venue in the past month increased 9.3 percent MoM, to 9,585 units, as against 8,763 units sold in June 2019. These record sales, at a time when the entire auto industry is going through a severe slowdown, has allowed the company’s SUV market share to increase 21 percent, along with sales of the Creta and Tucson.

Hyundai Venue was launched in India on 21st May 2019. In the first 24 hours, the company received 2,000 bookings spearheading the success story for the compact SUV. Outselling the Maruti Vitara Brezza in July was a major achievement.

YoY Maruti Brezza sales declined by a massive 40%. One of the reason behind decline of Brezza sales is non-availability of a petrol engine. Venue is offered with a petrol motor, which makes the SUV more affordable. Tata Nexon ales declined to 3,344 units in the month, down by 19%.

Thanks to Venue and Creta, Hyundai has become the highest selling SUV maker in India. July 2019 saw Hyundai Motors take a lead in the SUV segment, with a total of 16,234 units of Creta, Venue, Tucson and Kona Electric sold during the month.

Speaking about Hyundai Venue, bookings have crossed the 50k mark in 60 days since launch, setting a new record. The compact SUV has been regaled by buyers in the country for its connected features with Hyundai’s BlueLink connected car technology with eSIM connectivity. The Venue comes in with 33 connected features, out of which 10 are India specific and which are not offered on its global model.

Demand for the Venue has pushed waiting periods to 6-8 weeks depending on variants. It is also its price, which is lower than its competitors that has allowed for this sort of demand. The Venue is priced between Rs.6.6-11.11 lakhs, ex-sh.