Before this, it was the India-made Duke 390 which was the cheapest KTM in the US

While 2020 might not have been a perfect year for the automotive market or even generally for society, a plethora of new vehicles has been launched this year domestically as well as abroad. Austrian sports bike manufacturer KTM has officially added the 200 Duke to its American product portfolio.

The naked streetfighter will now be available in the US and Canadian markets from this year onwards. Many believe the current strategy by KTM is reflected upon the need for people to own personal mobility for transportation post Covid-19. Hence, adding an affordable model to their line-up makes sense.

While it is an all-new model at the American shores, it has been available in many other markets including India for a while now (precisely since 2012). In India, the Austrian bike maker has entered into an alliance with Indian two-wheeler manufacturer Bajaj Auto to develop liquid-cooled engines for the entry-level motorcycle segment in India. The 200 Duke is the product of this alliance. 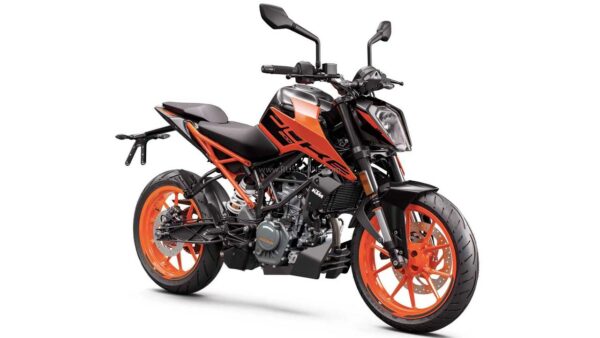 When it comes to the engine, the 200 Duke is powered by a 199.5cc single cylinder motor which is married to a 6-speed gearbox. This unit produces a power output of 26 hp which KTM claims to be the highest in its category for a single cylinder unit. Torque figure stands at 19 Nm.

Coming to the equipment list, the bike is decently kitted with features such as dual-channel ABS from Bosche with Supermoto functionality. It is equipped with a fully digital LCD console that gives all the necessary information including an RPM alert to suggest the rider when to up-shift. Its design is accentuated by the aggressive headlamp accompanied by the muscular 13.4 litre fuel tank.