Following a relentless petrol and diesel price increase that saw litre price go up by almost 4 bucks in 16 days, the last 3 days has effected price cuts at a meagre 1 paisa, 7 paise and 6 paise. While India continues to grapple with fuel price hikes, some border regions have found temporary means to circumvent the system at the cost of legality because Nepal cheaper fuel options are luring. The same has been seen on the Bhutan border too.

Fuel prices in Nepal continue to be markedly lower than price lists in India, easily in the region of at least 15 bucks. And while people could cross over to refuel for personal consumption, the loophole has encouraged a mini scale fuel smuggling operation in the region. The illegal business network has gone onto impact the business of fuel stations on the Indian side of the border as sales has depreciated. 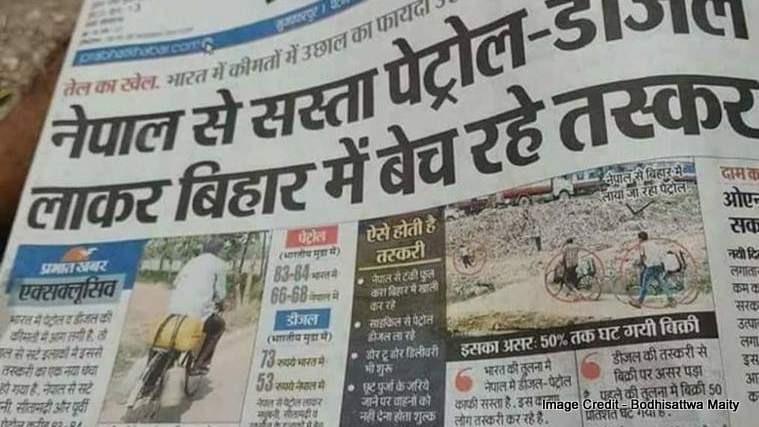 The number may not seem big when considering the small change collected by selling a single litre of fuel in this manner but transforms into a matter of consequence when the transaction volume is large scale. This on account of the fact petrol/diesel is being sold as an unregulated commodity at a price higher than available in Nepal, but lower than the price its being offer at in petrol pumps.

Diesel and petrol is being smuggled across rural roadways and has increased demand for petroleum in the India-Nepal border area on the Nepal side, which means Nepal Oil Corp is ordering for more oil from Indian oil Corp. Most of the business of transporting is being carried out after hours. 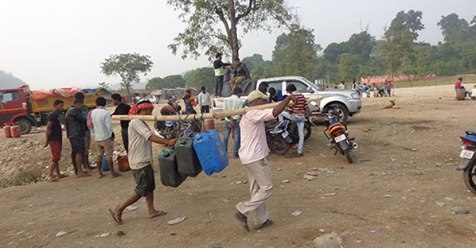 The petroleum transportation business is being undertaken ingenuously on bicycles, by pedestrians, bikes and in four wheelers. Apart from the use of jerry cans, fuel is being filled to the brim in fuel tanks and emptied in border towns on the Indian side to hoodwink border patrol services.

Since Nepal cheaper fuel prices don’t benefit us all, in dealing with fuel costs, Kerala government has announced price reduction of Rs 1 for petrol and diesel from today. The move will not impact revenue collection as tax on fuel remains the same.