RUSHLANEDAILY AUTO NEWS
HomeCar NewsIndia's 8 most expensive cars which you can buy in 2018 -...

The price tags may be astonishingly high but pockets are even deeper in India and here is a list of top 8 most expensive cars on sale in the country. Of course these cars on sale in India are no match for the just introduced Bugatti Divo launched at 5 million Euros (Rs 40 crores) or the recently auctioned Ferrari 250 GTO with a knock down price of $48.8 million (INR 340 crores).

1. Rolls-Royce Phantom – Price Rs 9.50-11.35 crores
Launched in India earlier this year, the Rolls-Royce Phantom is currently the most expensive car one can buy in India. It is priced at INR 9.5 crores for its standard wheelbase version going up to INR 11.35 crores for the extended wheelbase. Built on the all new aluminum space frame platform, the Phantom gets its power via a 6.75 liter, twin turbo V12 petrol engine offering 571 hp power at 5,000 rpm and 900 Nm torque at 1,700 rpm mated to an 8 speed automatic gearbox.

2. Bentley Mulsanne Speed – Price Rs 6.90 crores
At the top of the Bentley range is Mulsanne Speed with a price tag of INR 6.90 crores. Offered in 100 exterior color options, 11 veneers, 24 leather colors and 13 duo tone patterns, the Mulsanne Speed is powered by a 6.8 liter V8 engine with two turbochargers offering 537 hp power and 1100 Nm torque. Its torque figure is higher than that seen on any other sedan and that too at only 1,750 rpm.

3. Rolls-Royce Dawn – Price Rs 6.25 crores
This opulent, drop head, two-door four seater convertible is the quietest convertible on sale in the world. It is based on the Wraith platform weighing a total of 2,560 kgs. It is the fastest ever RR with acceleration from 0 to 100 kmph in a mere 4.9 seconds. It is powered by a 6.6 liter, turbocharged V12 engine offering 563 bhp power at 5,250 rpm and 780 Nm torque at 1,500 rpm mated to a custom built 8 speed automatic gearbox sending power to rear wheels.

4. Ferrari 812 Superfast – Price Rs 5.20 crore
Ferrari 812 Superfast fastest grand tourer is on sale in India and scores high on the list of most expensive cars in the country. A blend of a Ferrari supercar and Ferrari GT, the 812 Superfast gets its power via a 6.5 liter naturally aspirated V12 engine offering 800 hp power at 8,500 rpm and 718 Nm torque at 7,000 rpm. The engine is mated to a custom built Getrag 7 speed dual clutch automatic gearbox. Acceleration from 0 to 100 kmph is achieved in 2.9 seconds while top speed is at 340 kmph. 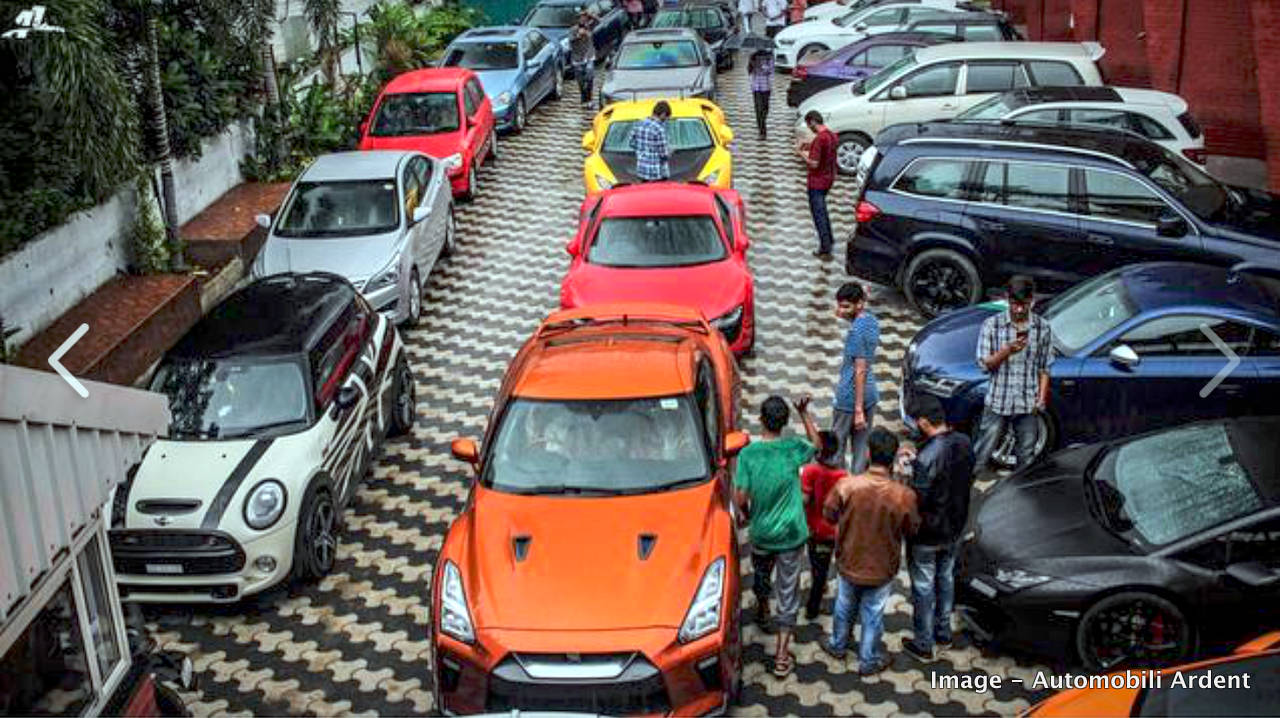 5. Ferrari GTC4Lusso V12 – Price Rs 5.20 crore
The GTC4Lusso is the latest model from the Maranello stables. It replaces the FF in the Ferrari lineup and gets a more powerful engine and is a touch faster than the FF. GTC is short for Grand Tourismo Coupe while 4 indicates a four wheel drive and four seater configuration. Lusso is Italian for Luxury. Ferrari GTC4Lusso V12 is powered by a V12 petrol engine offering 680 bhp power at 8,000 rpm and 697 Nm torque at 5,750 rpm mated to an automatic transmission and claiming mileage of 4 kmpl.

6. Lamborghini Aventador S – Price Rs 5.01 crore
Lamborghini Aventador S in India is essentially an updated Aventador with updated features, better agility and higher speeds. It is a supreme sports car claiming a top speed of 350 kmph and is powered by a 6.5 liter V12 engine offering 740 hp power and 690 Nm torque mated to a 7 speed gearbox. Acceleration from 0 to 100 kmph is achieved in 2.9 seconds while acceleration upto 200 kmph is possible in 8.8 seconds. It is a direct rival to the Bugatti Veyron and McLaren MP4-12C. 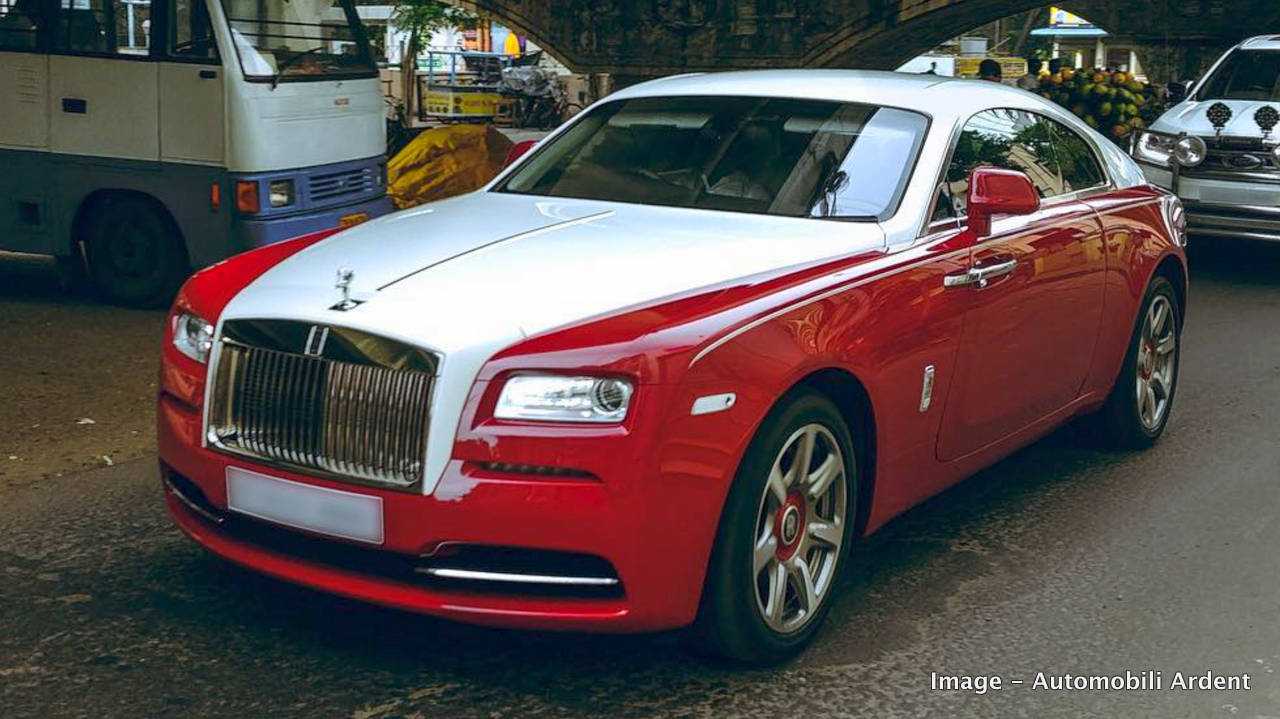 7. Rolls Royce Wraith – Price Rs 4.60 crore
The Rolls Royce Wraith coupe is crafted to perfection. It is a four seater sporty coupe borrowing heavy influence from the Ghost. Rolls-Royce Wraith gets its power via a high capacity 6592cc, V12 petrol engine offering 624 bhp power at 5,600 rpm and 800 Nm torque at 1,500-5,500 rpm mated to an 8 speed automatic transmission with All Wheel Drive sending power to all four wheels. The Wraith weighs a total of 2,360 kgs and has acceleration from 0 to 100 kmph in 4.4 second.

8. Rolls Royce Ghost – Price Rs 4.3-4.9 crore
Though Rolls Royce Ghost is the most affordable luxury vehicle in the Rolls Royce range, it is yet a status symbol among buyers in India who own such a model. It is more expensive as compared to the Mercedes S-Class and Bentley Flying Spur by INR 2 crores and is offered in an array of personalization options. Rolls Royce Ghost, offered in two variants – STD and Extended Wheelbase, is powerd by a 6.6 liter, twin turbo charged V12 petrol engine offering 563 bhp power and 820 Nm torque mated to an 8 speed automatic gearbox. This engine allows for acceleration from 0 to 100 kmph in 5 seconds and a top speed of 250 kmph despite a 2.5 tonne weight.