Jawa and Ducati Multistrada owner shares photos of both bikes together 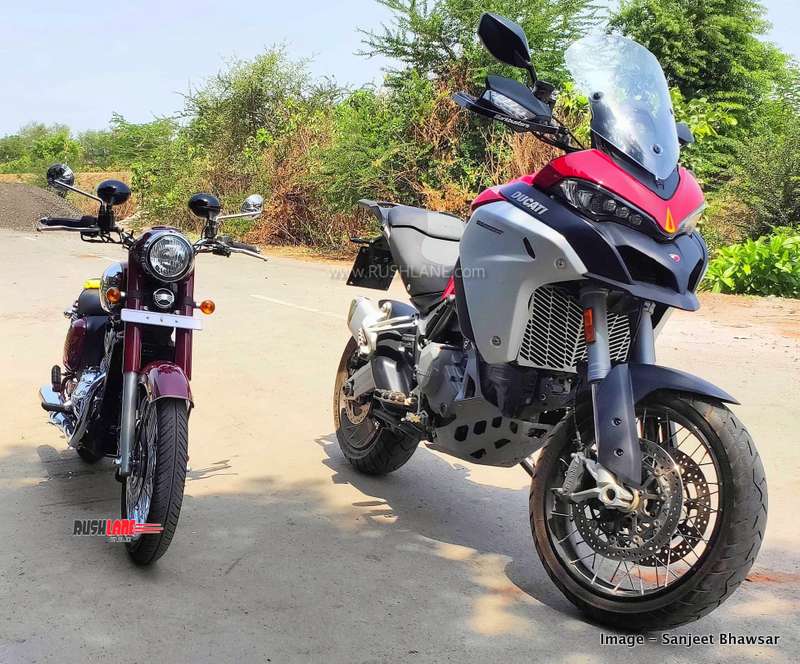 A few years ago, a photo showing Royal Enfield Classic and Ducati Multistrada parked next to each other had gone viral on social media. The photo was clicked by Sanjeet Bhawsar, a biker from Surat, Gujarat.

He owned the Ducati Multistrada as well as the Royal Enfield Classic. Now, he has added yet another motorcycle to his garage. And this time it is the Jawa.

Just like the Royal Enfield, the Jawa too looks very small in front of the Ducati Multistrada. Below is one more photo of the two bikes parked together. Photos are credit to Sanjeet Bhawsar. 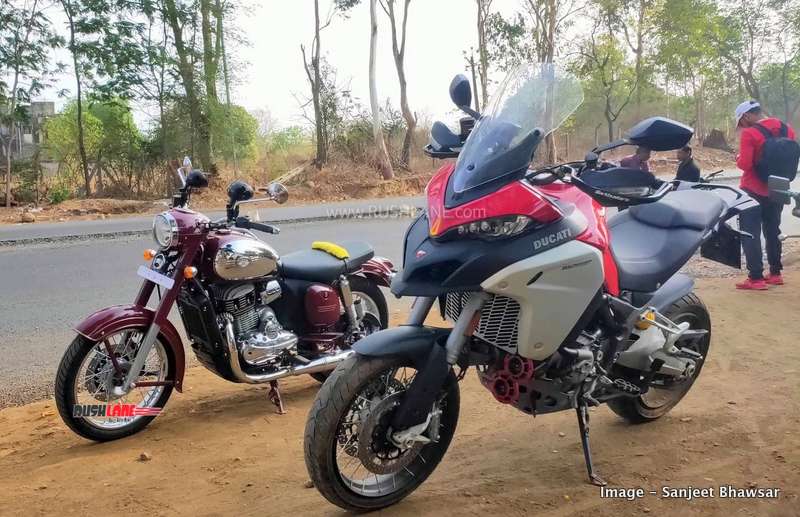 Though there are not many Jawa’s on the road yet, the company claims that deliveries are in full swing. There are owners who claim that that they had booked Jawa on 15th Nov 2018, but have not received any update from the company yet.

As per Classic Legends, the company that resurrected the Jawa brand, they have commenced deliveries of the Jawa and Jawa Forty Two from the last week of March. Jawa has not revealed the number of motorcycles delivered yet. 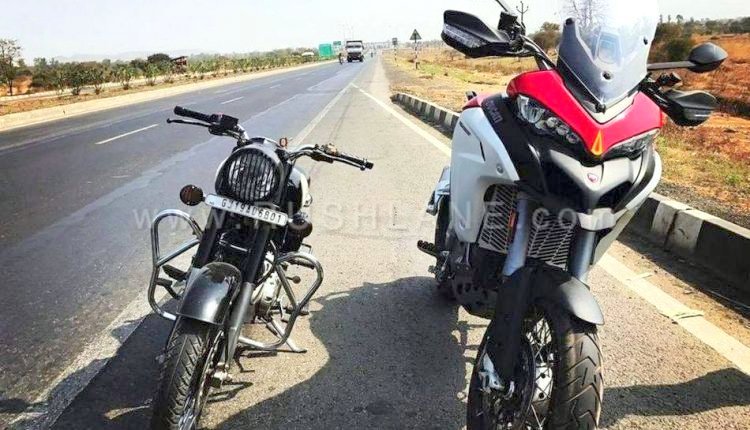 Deliveries have been delayed to the extent that many customers have even cancelled their bookings and taken to Twitter complaining about the inordinate delay and lack of communication on the part of the company.

Jawa and Jawa Forty Two are sold via the Classic Legends dealer network that comprises of about 100 dealerships across 77 cities. The single channel ABS variants of the Jawa and Jawa Forty Two are priced at Rs.1.64 lakhs and Rs.1.55 lakhs respectively while the dual channel ABS variants carry price tags of Rs 1.72 lakh and Rs 1.63 lakhs respectively.