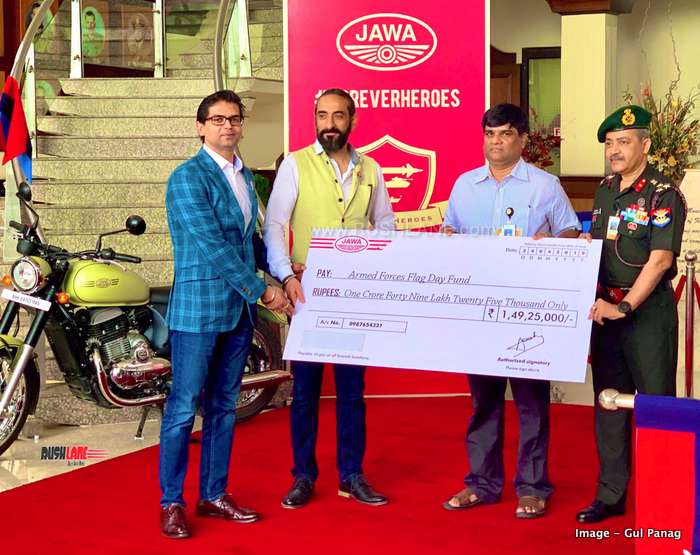 In an auction held last month, Jawa Motorcycles collected a total sum of Rs 1.43 crores. A total of 13 Jawa motorcycles were auctioned – online as well as offline. Called Signature Edition, these 13 Jawa’s come with Indian flag on the fuel tank, and special chassis no. The highest amount was fetched by chassis no 001 – fetching a whopping Rs 45 lakhs.

In a press statement, Jawa announced today – “Classic Legends Pvt. Ltd. raised a sum of INR 1,49,25,000 by auctioning 13 motorcycles from its first batch of production motorcycles. The handover was done by Classic Legends to Kendriya Sainik Board, Ministry of Defence (Government of India) at a joint ceremony in the presence of eminent armed forces veterans, war heroes and officers.” 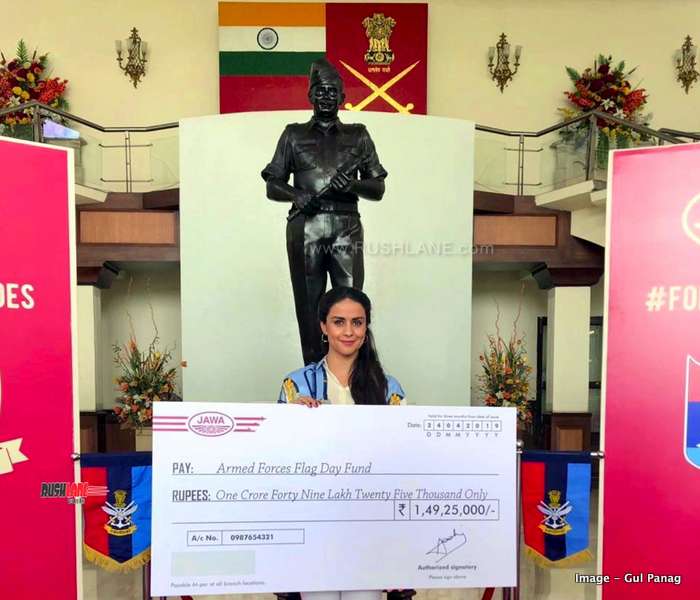 Gul Panag was also present. She too is one of the lucky 13 people who have bought Jawa Signature Edition. She tweeted – “Proud & honoured to have been a small part of this landmark contribution to the Armed Forces Flag Day Fund with @jawamotorcycles. Eagerly awaiting mine from the 13 bikes that were auctioned for the #ForverHeroes initiative that raised Rs 1.49 cr”

Jawa is currently working at full capacity at its Indore plant to meet its commitments made to customers. The response has been so huge that the company has stopped online bookings for Jawa motorcycles. Classic Legends has also stated that deliveries are being made in the order of bookings and not as per dealerships. Jawa has a total of 100 dealerships across 77 cities and this number is expected to increase in the future.