For now, Jawa has opened dealerships which are in green zones. Timeline for opening remaining dealerships depends on the lockdown situation in the respective region. All dealerships which have opened, are opened with emphasis on safety, hygiene and social distancing. Images here are credit to @classic_jawa, Kerala.

Jawa has introduced seven step safety protocol, which every dealership will have to abide by. This announcement was made following Government of India granting relaxations in several areas wherein there are fewer cases of coronavirus.

Automakers in India had to shut down all factories, dealerships and service centers in 2nd half of March 2020 in view of the COVID-19 pandemic. Now with relaxations announced, several dealerships in Green and Orange Zones are permitted to open, but with stringent safety regulations to be followed to safeguard not only company employees but also customers who have also commenced making purchases after more than a month long gap. 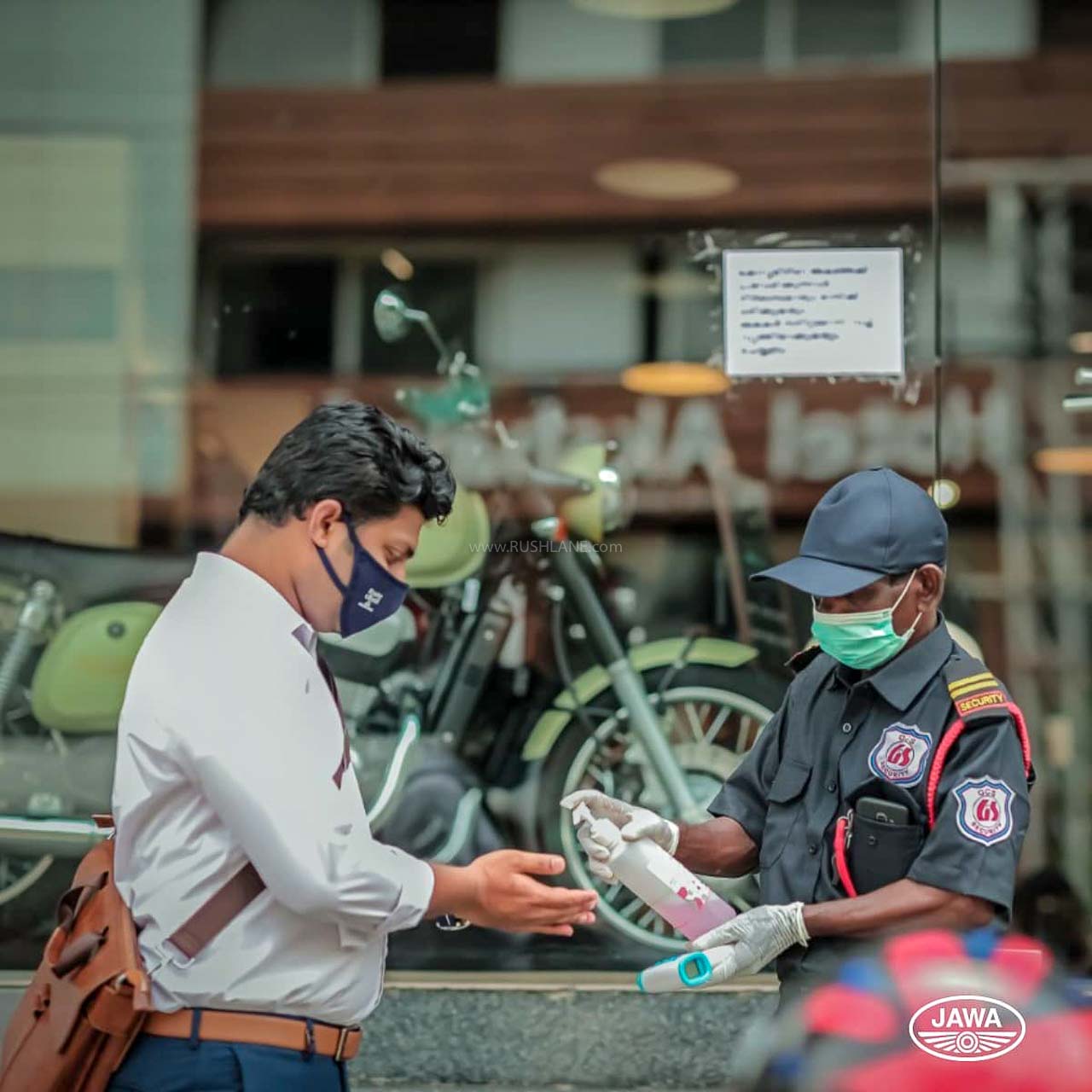 Jawa Motorcycles has laid down a seven step protocol to be followed. These include thermal scanning of every employee and visitor entering the premises, hourly sanitization of the entire showroom along with all test vehicles and display vehicles and visits to be made only after prior appointments.

The list continues to include social distancing to be followed by all staff members at all times while digital documentation is also mandatory with digital support via call / WhatsApp / eMail. The company has also facilitated doorstep delivery of new motorcycles along with test ride vehicles.

Jawa Motorcycle has also announced that the company’s online delivery estimator tool has currently been on hold as the production supply chain has been hit. Once production commences as per schedule and heads towards normalcy, this delivery plan will be initiated and customers will be intimated.

As on date, Classic Legends currently offers three motorcycles in India under the Jawa brand name. These include the Jawa, Forty-Two and the Perak. The Jawa Forty-Two is the most affordable bike in the company lineup. It gets a retro theme and sports dual exhaust pipes, an analogue speedometer and spoke wheels. It gets its power via a 293cc, single cylinder, fuel injected, liquid cooled engine offering 27 bhp max power and 28 Nm of peak torque paired with a 6 speed gearbox with options of single channel and dual channel ABS.