Jawa Motorcycle Owner and Two Donkeys outside a Jawa Dealership

Upset with his motorcycle, owner gets tries to get attention of the authorities at Jawa using donkeys

And another set of donkeys take centre stage. No, the donkeys were not used to chug the Jawa 42 in question. They were merely there for photographs. This seems a ceremonial protest. And is a tried and tested method. There have been occasional incidents of vehicle owners turning to donkeys to strength their protest against a dealership / manufacturer; when no solution to a problem is acceptable or satisfactory to the vehicle owner.

The poster refers to his Jawa 42 as a donkey bike, and further explains, ‘This donkey bike is good for nothing, neither is this company, don’t buy Jawa I wasted my money and don’t want others to. Join me in donkey rallies on this piece of crap at Udaipur.’

Well, for one there are no donkey rallies, but you get the gist. The original poster introduces himself, and goes straight for the jugular. His Jawa 42 ownership doesn’t sound to be pleasant one. The bike has stoped working multiple times since he purchased it almost 8 months earlier. 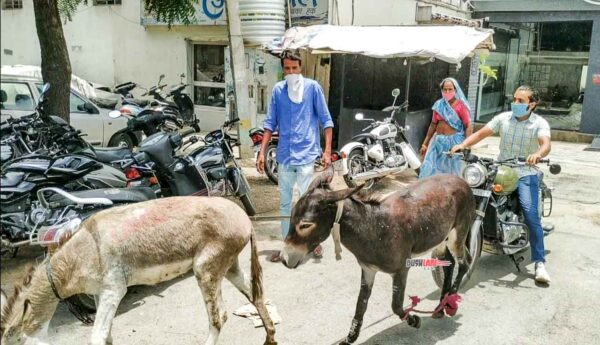 The engine stops, every time he rides over a distance of 100 kms. He’s quite adamant that ‘it happens every time’. That’s about the bike. He’s quite upset with the company and dealership staff too. The staff misbehaves when he complains at the dealership. This gripe isn’t further elaborated on though.

He says, company officials did nothing when he tried approaching them. The Jawa owner in question, a student says he’s paying big EMIs for the Rs 2 lakhs he spent, and he feels helpless now. He’s exasperation is expressed clearly in the following articulation, ‘The company takes the money and forgets its customers, they don’t understand something called after sales service.’

He describes himself as a biking enthusiast, and it’s for this reason that that bought a Jawa. In retrospect, he laments ‘this was the biggest mistake of my life.’ He proceeds to a parting note of, Please don’t buy this piece of crap and waste your money, go for other options.’ 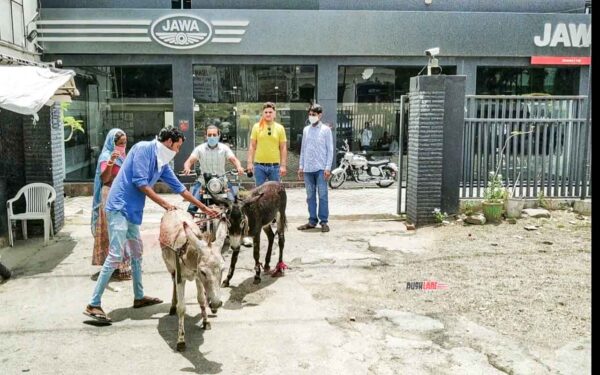 The incident unfolded in front of the Jawa dealership. His twitter feed has an update that carries a screenshot of an email detailing the ‘issue regarding my Jawa 42’. There’s also a photograph of a Jawa 42 being readied to be transported on a small pick up. The Twitter account has been created fairly recently, and has no other updates barring three tweets, all of which mention Jawa.

The first 2 tweets in July are an interaction with the brand twitter account wherein Jawa has replied that ‘the concerned team will reach out and help resolve the issue’. His complaint at the time in 280 characters was, ‘look at my brand new jawa 42 which has stopped working 3 times in less than 8 months on complaining to company there is no response, heartbreaking for a middle class person like me, regret buying this crap and not buying Royal Enfield.’