Ever since its launch on 15th November 2018, Jawa has been very active on social media. They have been most vocal on Twitter. Be it dealership openings, wishing their followers on festival, sharing updates about awards received, interviews from newspapers, and so on.

Compared to all other months since launch of Jawa, month of April 2019 has seen the least activity on their official twitter handle. Only 3 updates have been posted by the company till now. The first one is their founder’s interview in a magazine, second one is about dealership opening and the third one is about Jawa about to achieve a dealership network of 100.

But surprisingly, there is no update on the question which is being asked by most of their followers on twitter – and that is when will they get delivery of their Jawa motorcycle? Search on social media will reveal that thousands are waiting for an update regarding Jawa delivery. 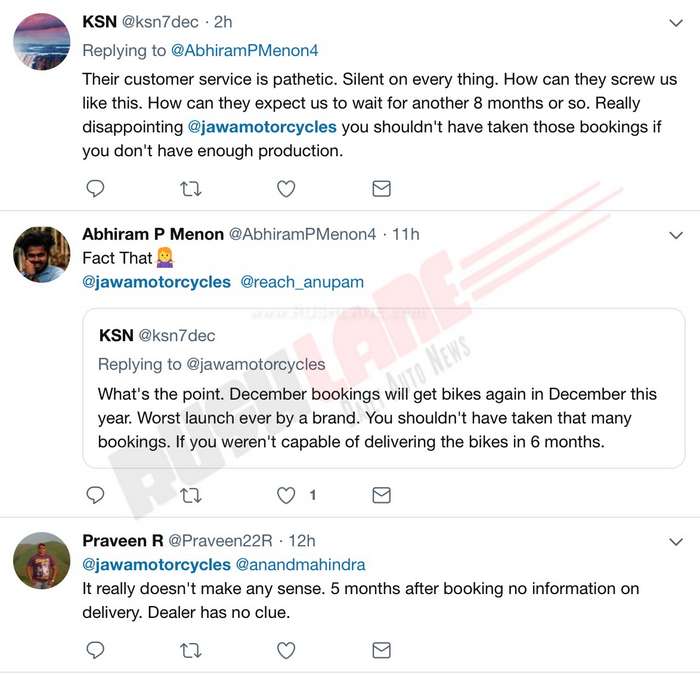 First Jawa motorcycle was delivered on 30th March 2019. On the same day, and the next day, few more have had been delivered. As per sales data shared by Auto Punditz, a total of 54 units of Jawa motorcycles were dispatched in March 2019. This includes dealership display and test ride bikes, along with the few delivered to lucky customers.

It is not clear as to how many bikes the company has been delivered in the month of April. Most dealers we spoke to have said that they have no update from the company regarding delivery timeline. Some of the customers who had booked Jawa in the month of November 2018 we spoke to, have no idea when will they get delivery of their motorcycle. This has also resulted in a few customer angry with the company as there has been no updates regarding delivery process. Some have even gone ahead and cancelled booking of their Jawa motorcycle and bought another motorcycle. 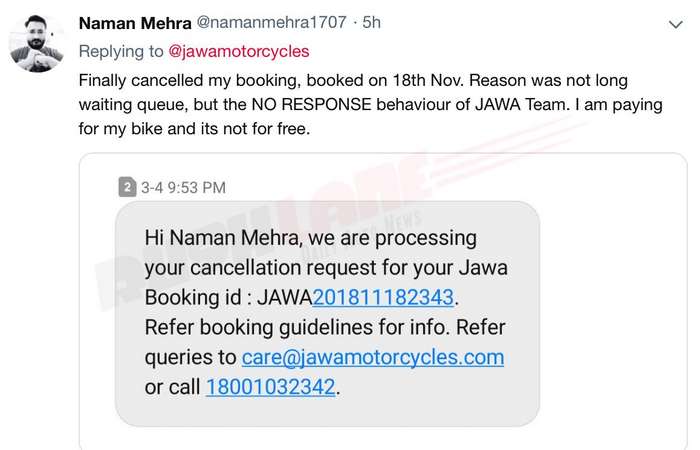 There is no doubt that the demand for Jawa is huge. There are probably thousands who have booked the motorcycle till now. We cannot say for certain as to how many are waiting to get delivery of Jawa, as the company has not revealed total booking numbers received. But the company did say that the booking numbers are huge enough for order books to be full till Sep 2019. Dealers are currently accepting bookings and are giving delivery timeline as Dec 2019.